It’s one thing for Boise State to reject opponents in the red zone—it’s another for the Broncos to carve it up themselves. 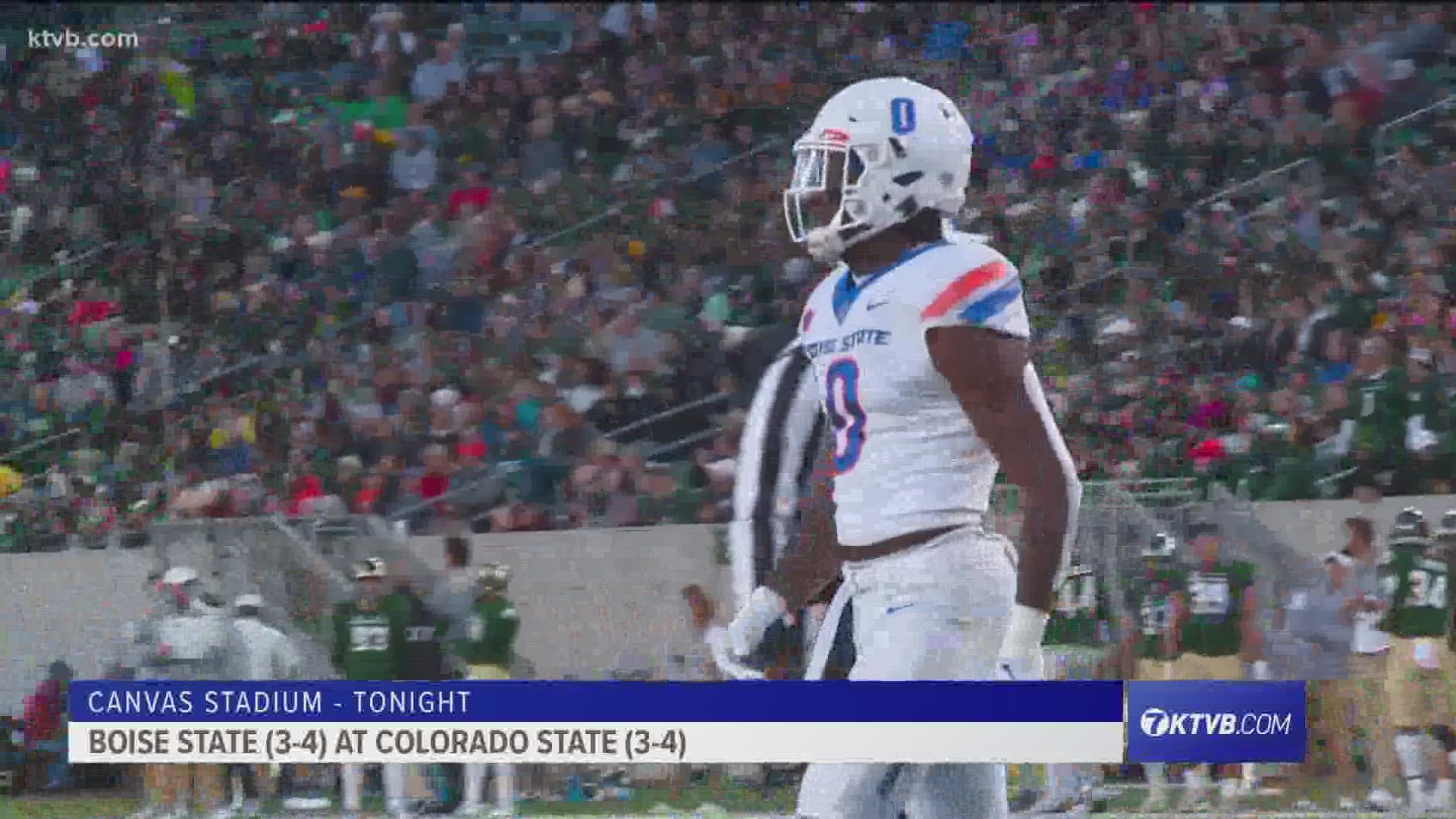 The big story for Boise State in last week’s win at Colorado State was its defensive red zone performance, as the Broncos denied touchdowns to CSU all four times the Rams got into the red zone. Boise State is No. 1 in the Mountain West in that category, allowing TDs on just 12 of 31 red zone trips by opponents this season. On the other side of the ball, despite going 3-for-3 in the red zone in Fort Collins, the Broncos have scored touchdowns on just 57 percent of their trips inside the 20-yard line, ninth in the conference. Quarterback Hank Bachmeier has completed less than 50 percent of his passes in the red zone. So what will it look like Saturday at Fresno State? The Bulldogs have struggled there a bit lately. For the season, their TD percentage is 64 on offense and 61 on defense.

Boise State has already faced two of the nation’s top quarterbacks this season, UCF’s Dillon Gabriel and Nevada’s Carson Strong, with mixed results. The bottom line is, both of those games were losses. Well, you can include Fresno State’s Jake Haener in that QB club. Haener is second to Strong in virtually every major category in the Mountain West, averaging 321 passing yards per game with 23 touchdown throws, a pass efficiency rating of 156.0 and a completion percentage of 66.9 percent. Haener transferred to Fresno State from Chris Petersen’s program at Washington two years ago and sat out the 2019 season before taking over as Bulldogs starter last year. The Huskies must rue the day they let Haener escape. UW quarterback Dylan Morris is currently 10th in the Pac-12 in pass efficiency.

THE LONG SHADOW OF THE LAST MEETING

There’s plenty of Boise State players who remember the last game against Fresno State, even though it was three years ago. It was the bitter end in the 2018 Mountain West championship game, when the Bulldogs won 19-16 in overtime. Fresno State star running back Ronnie Rivers was there, too, and he remembered the ending differently at Mountain West Media Days this summer. “It’s a play I’ll never forget,” Rivers said of his winning touchdown in OT on the snow-splattered blue turf. “We were really surprised that was the play call. It was an option, and Marcus (McMaryion) flipped it. A linebacker busted through. I had one guy to beat, and like I say, the rest is history.” The Broncos are more spoiler than contender right now, but Saturday’s game at Bulldog Stadium means a ton to them.

KANIHO FOR THE COMMON GOOD

The candidate count for the 2021 Wuerffel Trophy is down 12, and Boise State captain Kekaula Kaniho is one of them. The Broncos senior was announced Wednesday as one the semifinalists for the award that honors college players who “serve others, celebrate their impact and inspire greater service in the world.” The Wuerffel Trophy was the first of its kind when it debuted in 2005, and Kaniho has been one-of-a-kind at Boise State. He has been extremely active in the community, visiting local schools to discuss healthy lifestyles and good sportsmanship. Kaniho also participates in the football program's "Bronco vs. Bullying" anti-bullying campaign.The three finalists for the award will be announced November 23.

BLINK AND IT’S OVER

Senior Day has snuck up on College of Idaho, as 14 players will be honored before the Coyotes take on Eastern Oregon Saturday at Simplot Stadium. The big four in the group would be running back Nick Calzaretta, wide receiver Hunter Juarez, defensive back Taeson Hardin and defensive lineman Keegan McCoy. Calzaretta is 113 yards away from breaking Darius-James Peterson’s career rushing record. Juarez had 24 catches this season before suffereing an injury in the win at Montana Tech. Hardin, the NAIA All-American, goes into his home finale with 61 tackles, two interceptions, 10 pass breakups and a fumble recovery this season. And McCoy, the Capital High grad, goes into the game against the Mountaineers with 16.5 career sacks.

AKSIANTSIUK IS PRONOUNCED ‘ROOKIE OF THE MONTH’

The Idaho Steelheads begin a six-game road trip tonight with the first of three contests against the Tulsa Oilers. The Steelheads bring the ECHL Rookie of the Month with them, as forward Yauheni Aksiantsiuk was named the October award winner on Wednesday. Aksiantsiuk logged four goals and five assists over Idaho’s first five games, capped by the fastest overtime goal in franchise history last Saturday against Rapid City. The Belarus native not only leads ECHL rookies in scoring, but the entire league as well. Aksiantsiuk is the Steelheads’ first Rookie of the Month in almost seven years.

THE OTHER UPSET-MINDED BRONCOS

The sixth-seeded Boise State women’s soccer team takes on second-seeded Fresno State today in the Mountain West Tournament at the Boas Soccer Complex. The Broncos are looking for their second straight upset after taking down No. 3 seed San Diego State on Monday. Boise State won the only regular season meeting with the Bulldogs, 2-1 at home on October 10.

Troy Merritt is out of the country again. The former Boise State star is in Playa del Carmen, Mexico, teeing off this morning at the World Wide Championship at Mayakoba. The former Boise State standout tied for 28th at the Zozo Championship in Japan two weeks ago. His trio of two-under par 68s in the tournament would have had him in contention were it not for a 76 in the third round.

Boise State wins the highest-scoring game in the history of Bronco Stadium at the time (107 points), beating Eastern Washington in a Big Sky game, 63-44. Boise State rolled up a then-school record 664 yards of total offense, with quarterback Tony Hilde amassing 389 total yards. The record for offense would stand until the Broncos’ epic route of Fresno State on ESPN in 2002, when they recorded 688 yards. The current mark is the 811 yards put up against UConn in the 2018 home opener.