There was a factor hiding in the weeds that few had considered in Boise State’s yearn to put the debacle of the BYU game behind it. 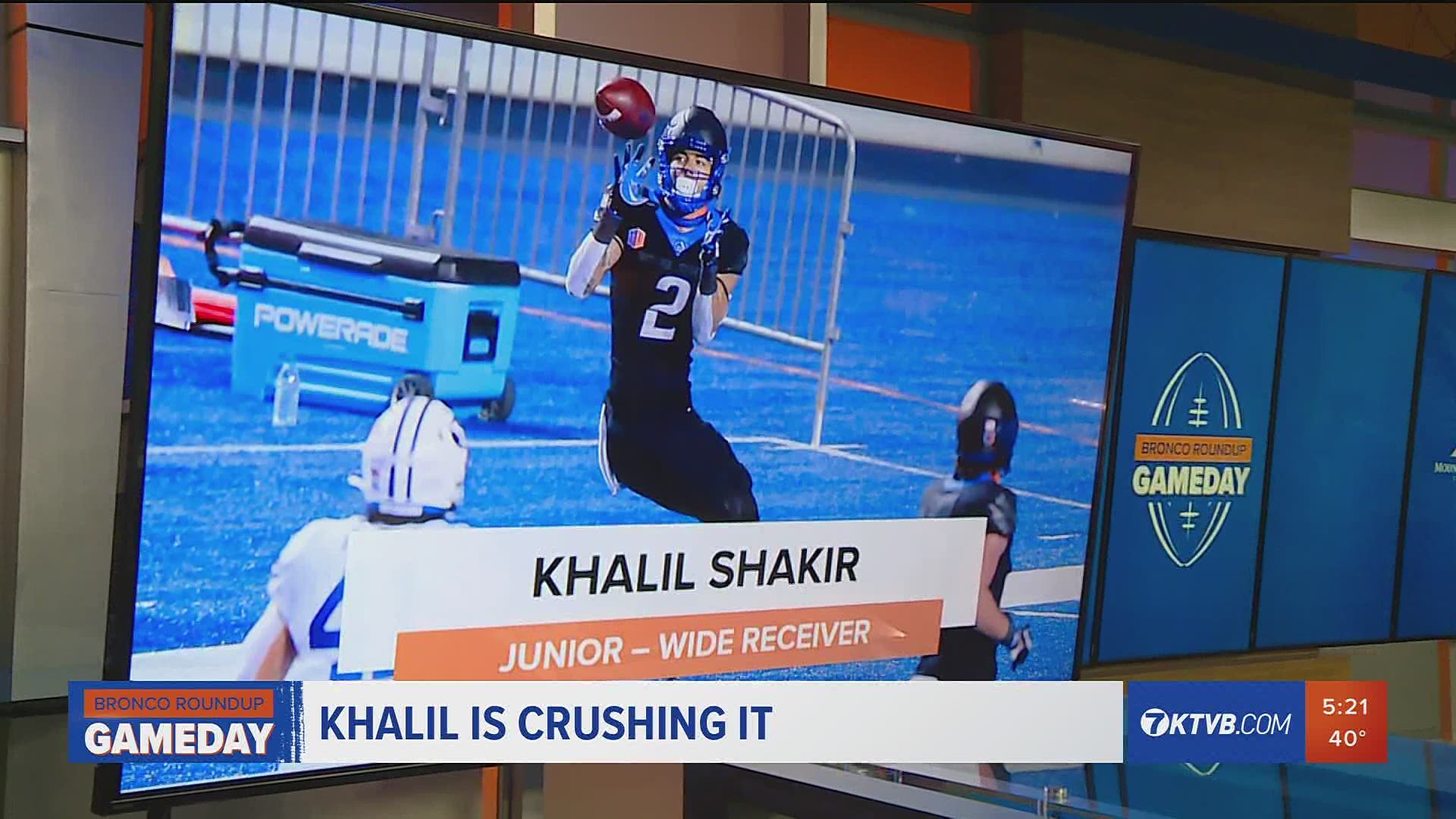 We sliced and diced the Boise State defense’s deficiencies and the offense’s absences going into Thursday night’s game against Colorado State. It was six days of serious psychoanalysis after the loss to BYU. But special teams were barely mentioned. And that was the tipping point from the get-go as the Broncos ambushed the Rams 52-21. Two blocked punts by Avery Williams looked too easy. Williams scored jimself on one of them, and DJ Schramm took the other one in. Then there was the blocked field goal by Scott Matlock. There isn’t a category in the record book for this, but I’ve never seen a Bronco return a field goal block 91 yards for a touchdown before. That’s what Kekaula Kaniho did. In one extraordinary night, Boise State produced its best season—that’s season—in blocked kicks in nine years.

The best news for Boise State fans before the Colorado State game last night was Hank Bachmeier warming up on the blue turf, especially with 14 other players declared inactive due to coronavirus concerns. Bachmeier made a difference running the Broncos offense, even if he didn’t have his sharpest night. He was 16-of-28 for 202 yards, one touchdown and no interceptions in the 52-21 win over the Rams. The offense was responsible for 24 of the points and gained only 291 yards on the night. But the Broncos had a lot of short fields and took advantage.

RELATED: Boise State's rout of Colorado State fueled by strong special teams play and the sting of losing to BYU

We could talk about special teams until the cows come home, but let’s take a time out for third down. The Boise State running game stalled again Thursday night, leaving the offense in a bunch of third-and-long situations. But in the first half, the Broncos were nails on third down, converting 7-of-9. Bachmeier hit CT Thomas four times for 82 yards on third down before halftime, moving the chains with 16, 13, 14 and five yards to go. In fact, all six of Thomas’ catches on the night came on third down, and they covered 103 yards. It was CT’s second 100-yard game of the season. The Boise State defense did some bending, but it held Colorado State to 1-of-15 on third-down conversions.

ENOUGH HIGHLIGHTS TO LAST A WHILE

There was a lot of craziness on the blue turf Thursday night beyond the blocked kicks parade. Williams threw a cross-field lateral to Kaniho after fielding a punt, and Kaniho ran 41 yards with it—until he fumbled and Colorado State recovered. Khalil Shakir took a pitch from Bachmeier, dashed 17 yards, and was just about to plow into the end zone—until he fumbled.

On this one, offensive tackle Nick Crabtree was alongside, and the ball popped into his arms for a fat-guy touchdown. Jonah Dalmas replaced Joel Velazquez on kickoffs, and only three of his nine boots went for touchbacks. But it worked out well, as Boise State special-teamers continually pinned the Rams inside their 20-yard line. And there was a first worth mentioning: Riley Smith, the quarterback turned tight end, scored his first career touchdown .

Kaniho, who also had eight tackles and three pass breakups against Colorado State, was named one of 12 finalists for this year’s William V. Campbell Trophy from the National Football Foundation on Thursday. And with that, Kaniho is officially a member of the 2020 NFF National Scholar-Athlete Class and will receive an $18,000 post-graduate scholarship. The returning first-team All-Mountain West selection sports a 3.94 grade point average in his health science major.

CLOSE GAMES NOT IN THE CARDS

The other four games in the Mountain West this weekend all feature double-digit point spreads, and a look at early-season track records shows why. Nevada, favored by 17.5 points, is rolling and should put the hurt on New Mexico. The Lobos are playing this home game in Sam Boyd Stadium (now that they’re living in Las Vegas). San Jose State will be hosting UNLV and is a 15.5-point favorite. This point spread looks too big: San Diego State by 11.5 over Hawaii. And this one looks too small: Fresno State by 10.5 over Utah State. Air Force’s matchup at Wyoming was canceled due to COVID.

JESSUP SLIPS INTO THE MOCK

The long-delayed and long-awaited NBA Draft is set for next Wednesday, so mock drafts are getting down to it now. And the one from Jonathan Givony at ESPN Insider contains a little bit of a surprise. Givony projects former Boise State star Justinian Jessup to go in the second round (No. 57 overall) to the L.A. Clippers. Jessup signed with the Illawarra Hawks in Australia for the 2020-21 season as part of their Next Stars program. And that could be part of the Clippers’ plan, if they’re serious about him. Teams can select Jessup knowing that his plans for the upcoming season are already carved out. Then, they can potentially bring him back stateside for part of the season.

RELATED: Boise State football: What do we really know?

While the Masters tees off today, Graham DeLaet looks on as another rehab stint gets underway. DeLaet had to withdraw during the second round of the Houston Open last Friday, opening the next chapter in the sad story of his chronic back problems. To recap, DeLaet was sidelined for two years—October, 2017 through October, 2019—before returning to play five events last fall and winter. Then he went on the shelf again following the Sony Open in Hawaii in January. That layoff lasted eight months; then he came back the second week of September at the Safeway Open. DeLaet has missed the cut in all five of his starts this fall.

In a game played at Spokane, Lynette Woodard becomes the first woman to play for the Harlem Globetrotters. Woodard’s cousin was Globetrotters legend Geese Ausbie, but she got in because of her skills. She had scored 3,649 career points at Kansas—the most in women’s college basketball history—and was the captain of the US team that won the gold medal at the 1984 Summer Olympics. Woodard scored seven points as the Globetrotters defeated their perennial opponents, the Washington Generals, 81-65.