Until somebody (ESPN) tells us differently, the countdown to Boise State’s 2021 season begins today. CBS told us a couple things about the season Wednesday. 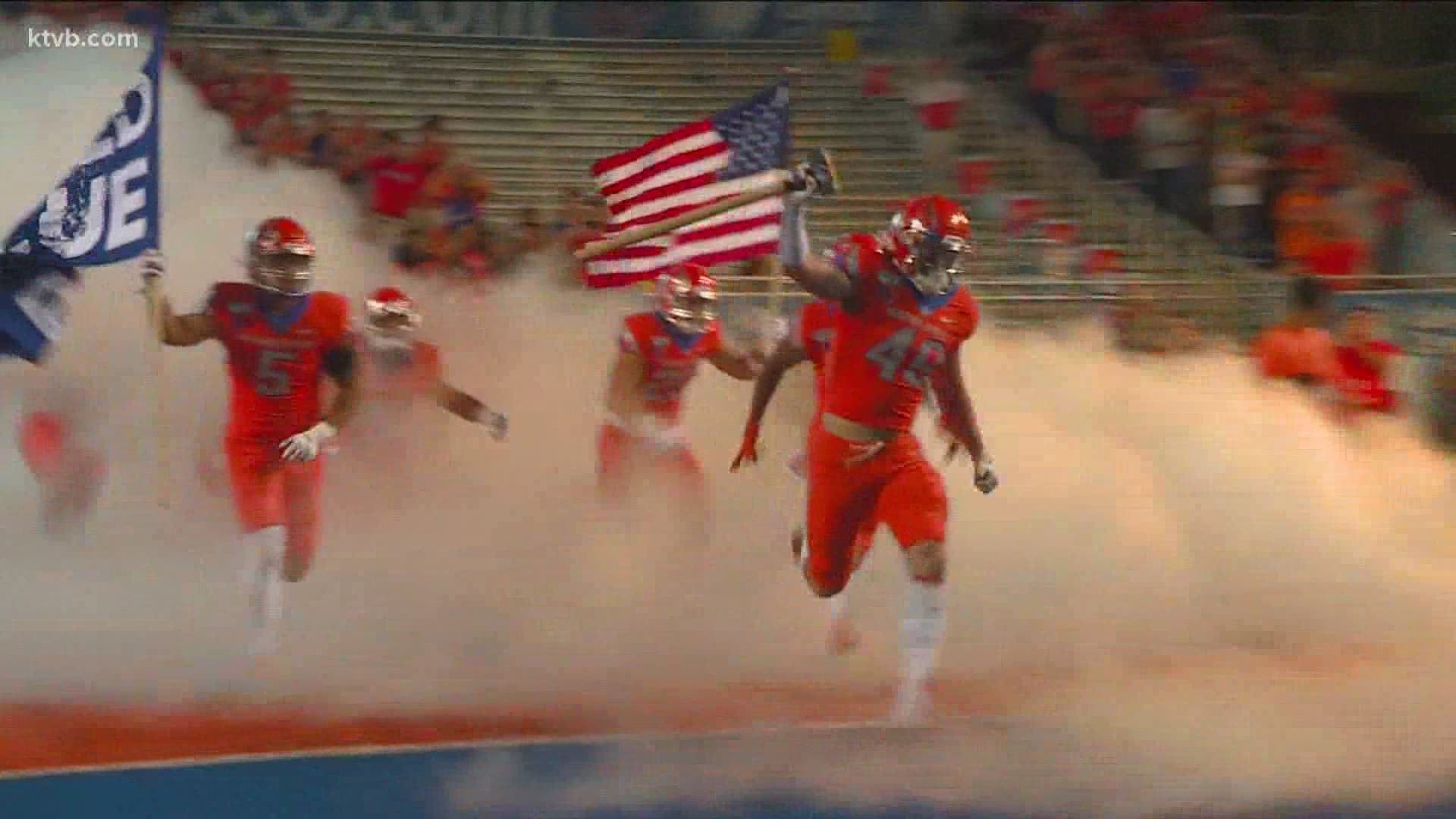 The CBS Mountain West schedule was unveiled Wednesday. Fox is still to come today, as is any ESPN plan to move the opener at UCF in September to Thursday. So, as of this moment, we stand exactly 100 days from the kickoff of the Broncos 2021 season. Between now and then come summer conditioning and player-run practices, followed by fall camp and a lot of speculation over the quarterback position. We marked this day last year, understanding that it might not be accurate (and it sure wasn’t). This year, we talk about football instead of delays and cancellations, and Boise State finds itself looking up—way up—at the Top 25. But if the bloom is off the Broncos’ rose, you won’t find evidence from CBS, as two of the three Mountain West games chosen for the main network this season involve Boise State.

The eye-opener is that both of Boise State’s appearances on the “big CBS” kick off at 10 a.m. (the noon Eastern time window). The conference opener at Utah State on September 25 and the conference finale at San Diego State—moved to the day after Thanksgiving—give you a couple of “Breakfast With The Broncos” opportunities. So, would you rather have a 10 a.m. kickoff or an 8:26 p.m. start? Give me 10:00. Get up in the morning and go. And if the next wave of TV placements today have a blue turf game on at that time for the sake of a telecast on the main Fox network, so be it. CBS, by the way, has rights to Boise State’s road games, and the Broncos’ road dates at Colorado State and Fresno State will be on CBS Sports Network.

MAY AT MEMORIAL STADIUM

It was a beautiful night for baseball at Memorial Stadium. And it was a beautiful finish for the Boise Hawks, as they rallied to beat the Grand Junction Rockies 7-2 in their home opener Wednesday night. Capital High grad Matt Dallas got the start for the Hawks, and the Rockies got to him for a couple of runs in the second inning. But that was it. Dallas went 5 2/3 innings and struck out six to earn the victory. The stands were about 2/3 full, which is pretty impressive when you consider most of those fans hadn’t been in any kind of a crowd in more than 14 months. It was also a school night, as the Hawks played their first game in the month of May in franchise history.

This is way out there, but it’s a fact. Last Friday night, Seattle Mariners catcher Jose Godoy made his big league debut, becoming the 20,000th player in Major League Baseball history. In alphabetical order, the first is pitcher David Aardsma, who bumped Hank Aaron out of the top spot when he debuted in 2004 for San Francisco. The last player last on the list is pitcher Tony Zych, a former Boise Hawk who first played with the Mariners in 2015. It’ll take some unique name to bring up the rear beyond Zych. Yes, this kind of a reach—Zych had just a cup of coffee with the Hawks, making two appearances in 2011.

After a week off during the PGA Championship, Troy Merritt is right back at it today at the Charles Schwab Challenge at Colonial in Fort Worth. A strong performance would make May the best month of Merritt’s career. Already he has two top 10 finishes, including a tie for seventh at the AT&T Byron Nelson and a tie for eighth at the Valspar Championship. The former Boise State golfer made $465,000 between them. It was all about the weekend for Merritt, especially at the Byron Nelson. He shot 13-under over the two days and carded only one bogey.

Justinian Jessup in the NBA? Could be. Things have gone well in Australia. Jessup, who turned 23 last Sunday, led the Illawarra Hawks with 24 points on his birthday in a 93-81 win over Cairns. The former Boise State star drained four three-pointers while adding four rebounds, three assists, three steals and two blocks. I got those numbers from NBC Bay Area, because the Golden State Warriors, who drafted Jessup in the second round last fall, are paying close attention. So much so that they sent a scout Down Under to follow him around. Jessup is averaging 13.9 points over 31 games and is shooting 36.2 percent from three-point range. Former Warrior and current Australian star Andrew Bogut continues to be one of Jessup’s biggest boosters and predicts that he’ll carve out a role next season with Golden State.

Ten athletes—six women and four men—are representing Boise State track and field at the NCAA Preliminary West Round at Texas A&M. The contingent is led by Olivia Johnson, who logged the fastest women’s 1,500-meters time in Mountain West Championships history with a time of 4:19.86. Johnson runs in the prelims late this afternoon. The College of Idaho men, coming off their first conference track and field title since winning the inaugural Northwest Conference meet in 1926, are at the NAIA Outdoor Track and Field Championships in Gulf Shores, AL. The C of I women are there, too, after winning their seventh Cascade Conference title in the last nine years.

Chicago Bears owner George Halas retires as the coach of his team for the fourth and final time. The 73-year-old “Papa Bear” began his pro football career in the early 1920’s when the team was the Decatur (IL) Staleys and he was its player-coach-owner. During his 40 years as coach, Halas won 324 games (an NFL record that wouldn’t be broken until 1994 by Don Shula) and seven championships.