Boise State football: In many ways, the wheels fell off

BYU picked an emphatic way to pick up its first-ever win on the blue turf Friday. BSU went through all of its QBs, and the Broncos had no answers thereafter. 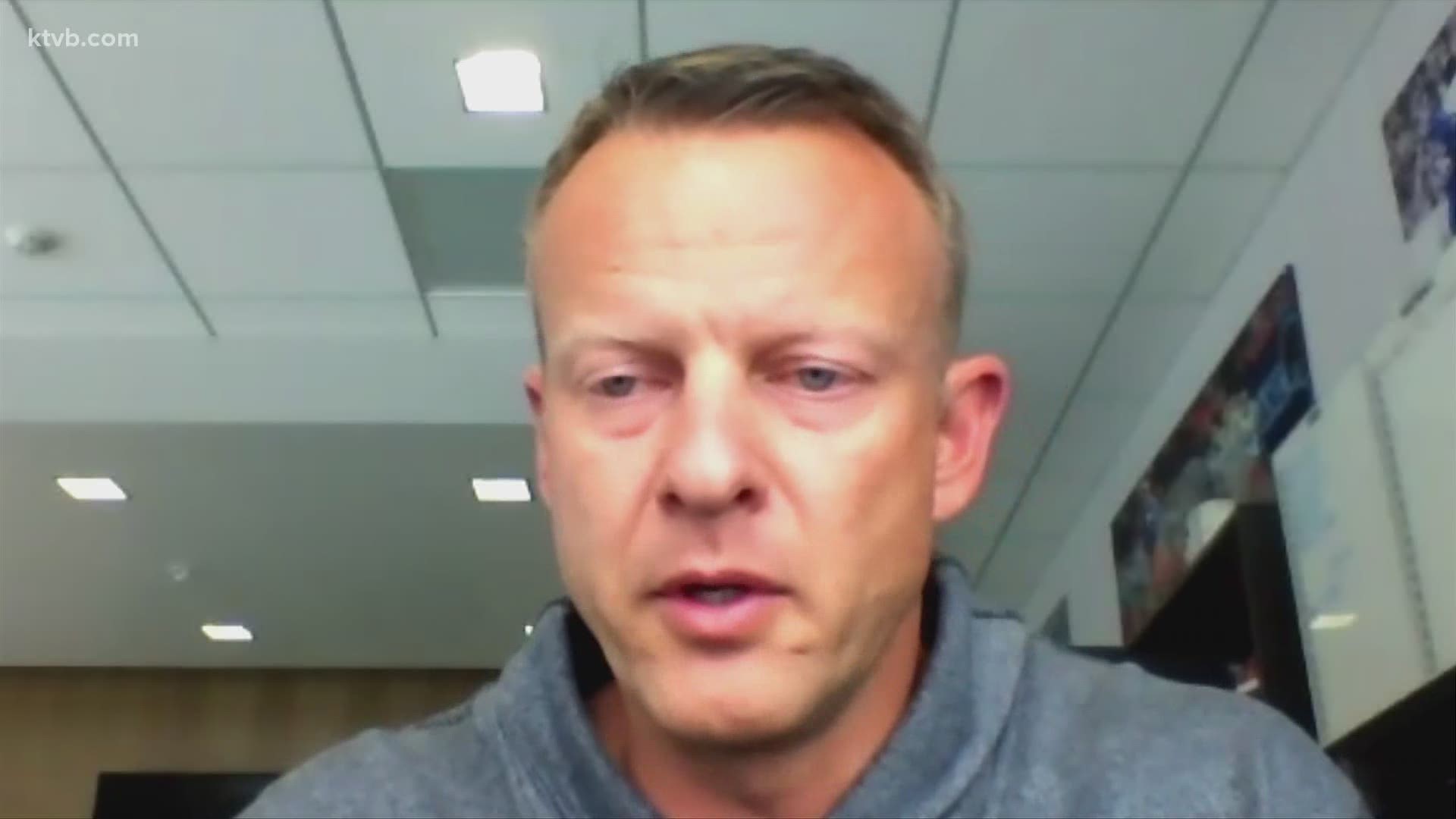 You know the initialism “SMH.” Shake my head. That had to get a lot of social media use after BYU worked Boise State over Friday 51-17. This was a one-sided affair, the Broncos’ worst home loss in 24 years. How will we look back on this night? Will it be a turning point, one way or the other? There have been clunkers like this during the Bryan Harsin era—think Air Force 2014, Utah State 2016, Virginia 2017. The Broncos bounced back from those. But this one felt different. Unlike those others, this was not an upset. The Cougars at times were toying with the Broncos. Don’t forget this, though: it was BYU’s eighth game of the season and Boise State’s third. The Cougars went through a traditional fall camp in August and have been playing together since. They’re a well-oiled machine.

AS DEEP AS THE DEPTH CHART CAN GO

Boise State’s hopes for an upset in this game went off the rails early. Even with Hank Bachmeier still sidelined, the Broncos brimmed with optimism as Jack Sears took the reins behind center for the second straight week. But when Sears was injured on a helmet hit midway through the first quarter, Boise State was in trouble.

Cade Fennegan tried, and Andy Peters tried, but it was too much to ask of the true freshmen to keep up with the No. 9 team in the country. Peters, a walk-on, just wrapped up his high school career at Timberline 12 months ago. Boise State averaged just 4.8 yards per play, and it was only that high because of 98 yards worth of touchdown passes pulled in by Khalil Shakir over a 10-second period in the fourth quarter.

GROUND TO A HALT

Not that he could have done it against BYU, but Boise State’s George Holani routinely turns two yards into six, and that advantage was absent Friday night. Andrew Van Buren took a pounding and gained only 45 yards on 16 carries, averaging 2.8 yards per tote. Van Buren looked like he had little left in the fourth quarter. And there was nobody behind him. Danny Smith is still not healthy enough to suit up, and the Broncos did not use Tyler Crowe, the walk-on from Skyview High who saw spot duty the previous week in the victory at Air Force. The lack of a running threat was just another reason the Boise State offense looked like it was driving on a flat tire.

Demitri Washington and his pass rush were missing for Boise State Friday night, as they will be the rest of the season. But that doesn’t explain the Broncos giving up 573 yards and 51 points. They hung in nicely until BYU’s back-breaking 96-yard touchdown drive late in the first half. After that, the defense wore down, and ultimately it came apart at the seams. Boise State sacked Zach Wilson three times, but otherwise he was camping out in the pocket. Cougars receivers were running free, and Wilson does not tend to miss an open target. It was concerning, because Boise State’s secondary was theoretically at full strength, with all four starters playing (plus nickel Kekaula Kaniho). There’s a lot to talk about inside the Bleymaier Football Center.

WILSON AND THE HEISMAN

Now, should Wilson be in the Heisman Trophy conversation? The more stubborn among Bronco Nation will not acknowledge it, as he’s the one who got away during recruiting wars three years ago. They try to imagine what could have been through gritted teeth. But Wilson looked the part, doing to Boise State what he’s done to everybody else this season. He was 21-of-27 for 359 yards with two touchdowns and no interceptions. Wilson gained 30 yards on rushes (minus 22 yards on sacks) and scored a TD. Wilson executes his offense to perfection, and he anticipates windows and throws the ball as receivers are coming out of their breaks.

Three weeks into the season, the Mountain West has two 3-0 teams. Raise your hand if you thought they’d be Nevada and San Jose State. Well, the Wolf Pack, maybe. But the Spartans? They knocked off San Diego State Saturday night 28-17, and they did it after starting quarterback Nick Starkel, the transfer from Arkansas, was sidelined by an apparent neck or head injury just over a minute into the game. SJSU is 3-0 for the first time in 38 years.

The biggest Mountain West news of the weekend, though, was Utah State deciding to part ways with coach Gary Andersen. Something has to be disjointed inside the USU program for this to happen. During the heat of the battle at Nevada last Thursday night, I saw Andersen looking on from the sideline with his headset microphone flipped to the top of his cap. He did not look engaged. A close second on the news front: after having its rivaly game at Army wiped out, Air Force has had yet another game cancelled due to an upward trend of COVID-19 cases at the Academy and within the football program. The Falcons’ game at Wyoming this Saturday will not happen. It will be declared a no-contest and will not be re-scheduled.

Graham DeLaet withdrew during the second round of the Houston Open Friday, citing his perennially troublesome back. “Frustrated to WD today,” tweeted the former Boise State star. “I hate to not finish a tournament no matter how I’m playing. I’ve been through this now so many times over the past 10 years, and all the warning signs were there for me to shut it down and take care of my body.” The same thing happened last fall—hopefully the layoff isn’t as long this time. Troy Merritt made the cut in Houston despite a first-round 74 and was solid over the weekend. Merritt went 68-69-68 over the final three rounds and tied for 32nd, earning $39,083.

Boise State avenges the thrashing it absorbed at Rice the year before by pummeling the Owls 49-7 in Bronco Stadium. It was Boise State’s eighth consecutive rout, and the next day the Broncos would make history with their first-ever Top 25 ranking. Boise State was voted no. 23 in the Coaches Poll, and just missed the AP Top 25 by 15 votes. The Broncos would enter the AP Poll the following week. Boise State rode the nation’s leading offense and leading scorer, Brock Forsey, to a Top 15 finish in both polls at the end of the season.