BYU put a lot of stock into its rivalry game with Boise State and threw everything it had at the Broncos. There was a lot of new stuff, and enough of it worked. 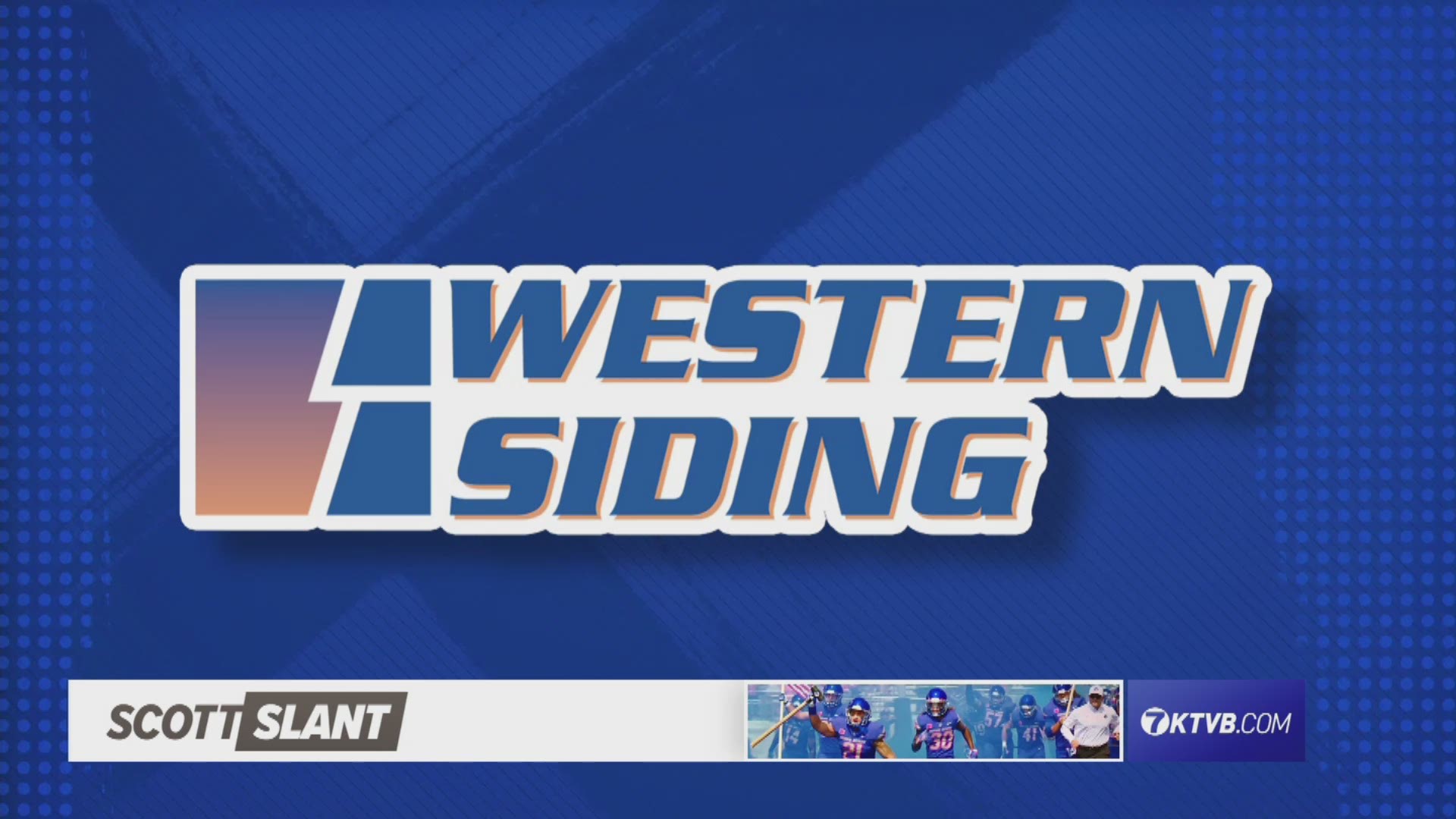 A team on a roll versus a team on its heels.  After what was reportedly a fiery week of practice, the latter team got off its heels, and BYU upset No. 14 Boise State 28-25 in Provo.  The Broncos had been living dangerously in building their 6-0 record.  They survived shakiness in all three phases of the game at various points, but it all came together in a bad way at LaVell Edwards Stadium: a rash of three-and-outs on offense, a turnover-less game on defense, and a lack of field position created by special teams (plus a missed 36-yard field goal in a three-point loss).

Chase Cord had a tough night replacing the injured Hank Bachmeier, throwing two interceptions.  Coach Bryan Harsin has harped on preparation for weeks now.  Was that a factor?  Only he knows for sure.

Stats among Boise State’s wide receivers were upside-down Saturday night.  The ol’ reliables were taken out of the game by BYU.  John Hightower, Khalil Shakir, CT Thomas, and Akilian Butler combined for just five catches for 36 yards, with no grab longer than 10.

Their average output coming into Provo: 16 receptions and 235 yards per game.  Cord was trying to go to Hightower in particular, but they couldn’t connect (there was one drop).  Hightower ran the ball just once for a loss of a yard.

On the other hand, Octavius Evans did have the best overall night of his career, with five catches for 77 yards and his first touchdown in almost two years after entering the game with just seven grabs for 66 yards this season.

In building a 28-10 lead, BYU scored 21 points in the third quarter, more than Boise State had allowed in that period in the previous six games combined.  There was an against-the-grain 46-yard Sione Finau touchdown on an option that was overrun by the Broncos.

Then came the trick plays that sucked Boise State in.  The first was a play Bronco Nation saw its team execute at Oregon in 2008 when Kellen Moore pretended to fumble, then reared up and threw to a wide-open Kyle Efaw to set up a TD.  This time it was BYU’s Baylor Romney to tight end Matt Bushman for a 27-yard touchdown.  The second was a double-reverse flea-flicker from Romney to Bushman.

Were the Cougars testing some inexperience in the Bronco defense?  Savvy senior Kekoa Nawahine was injured midway through the first quarter and did not return.

SMU was the primary beneficiary of Boise State’s stumble.  The Mustangs are now the top-ranked Group of 5 team, No. 16 in the AP Poll and No. 17 in the Coaches Poll.  The Broncos dropped to Nos. 22 and 21, respectively, so they’re six spots behind SMU in AP.

That’s not that much, although Cincinnati and Appalachian State are also ahead of them now.  The loss at BYU was a supremely disappointing one, and there’s a lot of knee-jerk reaction out there, as you know.

There was that kind of vitriol after the bad loss at Air Force at the end of September in 2014, too. I mean, it was all over. Done. Finito.

You know what happened that year, right?  There’s a lot of football left to be played, and a lot of crazy things can still happen.

Boise State is still 3-0 in the Mountain West, and the game at Utah State the week before Thanksgiving still looms large.  USU also 3-0 after its workmanlike 36-10 win Saturday night over offensively-challenged Nevada in Logan.

Quarterback Jordan Love had another off-night, but the Aggies let the game come to them via the Wolf Pack’s inability to get anything going.  Among the other conference tilts, San Diego State won again with a 27-17 decision at San Jose State, and Hawaii has hit a major rough patch, giving up 115 points in the past two games.

After their 59-37 loss on the blue turf, the Rainbow Warriors took a 56-26 pounding at the hands of Air Force at Aloha Stadium.  The Falcons had two 100-yard rushers and came within nine yards of a third.

See all of our Boise State football coverage in our YouTube Playlist:

Idaho State had everything going for it leading into Saturday’s Battle of the Domes in Moscow.  You could have gone no further than the Bengals beating Portland State a few weeks back 51-24 and those same Vikings shutting out the Idaho 24-0 a week ago.  And there was ISU’s 62-28 rout of the Vandals a year ago.  But that’s why they play the games.

Idaho ran roughshod over Idaho in the Kibbie Dome, winning 45-21 on the heels of a three-game losing streak.  Colton Richardson went all the way at quarterback and was 17-for-25 for 289 yards and two touchdowns, bringing a vertical passing attack that had been all but absent the first seven games.

ISU’s Matt Struck threw for 316 yards, but it took him 52 attempts to do it.  Struck also tossed two interceptions, both returned for TDs (as was a fumble by Struck).

NOW THAT WAS COOL IN CALDWELL

I was standing there looking across the field at the American flag.  It was standing straight out.  You could count all 50 stars.  So when Montana Tech stunned College of Idaho with a go-ahead touchdown with 21 seconds on the clock Saturday, everyone wondered, “Well, could the Yotes get close enough for a field goal try?”

Kyle Mitchell had nailed a 45-yarder earlier with the wind.  Four plays later, they were on the Orediggers’ 41-yard line.  That’s 58 yards in field goal vernacular.  Nobody in Frontier Conference history had ever made one that far.  Mitchell booted it, and it sailed high and long, and over the crossbar, and pandemonium ensued with a 16-14 C of I victory.

It was the Yotes’ 12th straight win, and it clinched a winning season.

The second weekend of the season went much the same way the first one did for the Idaho Steelheads, only this one was at home.  The Steelheads moved to 4-0 with a sweep of the Wichita Thunder in CenturyLink Arena, winning 2-1 in overtime Friday and 5-2 Saturday.  Will Merchant was the hottest Steelie, scoring three goals in the two games.  Colton Saucerman tallied twice, including the game-winner in OT Friday as goaltender Tomas Sholl picked up his third win of the young campaign.  Colton Point got his first start of the season Saturday night and made 31 saves.

Idaho fires head coach Robb Akey two-thirds of the way through his sixth season the day after a 70-28 loss at Louisiana Tech.  Akey had led the Vandals to an 8-5 season and a thrilling Humanitarian Bowl win in his third year in 2009, but Idaho faded after that.  The loss in Ruston saw the Vandals allow 839 yards of total offense while clinching their 12th losing season in 13 years.  It was Idaho’s 17th loss in its last 20 games and left Akey with a career record of 20-50.  Offensive coordinator Jason Gesser was named interim coach.