Boise State football: And they still kept it close

Boise State built leads of 21-0 and 24-7 Thursday night at UCF. Then the well ran dry. That the Broncos still had a chance to win it at the end is almost a miracle. 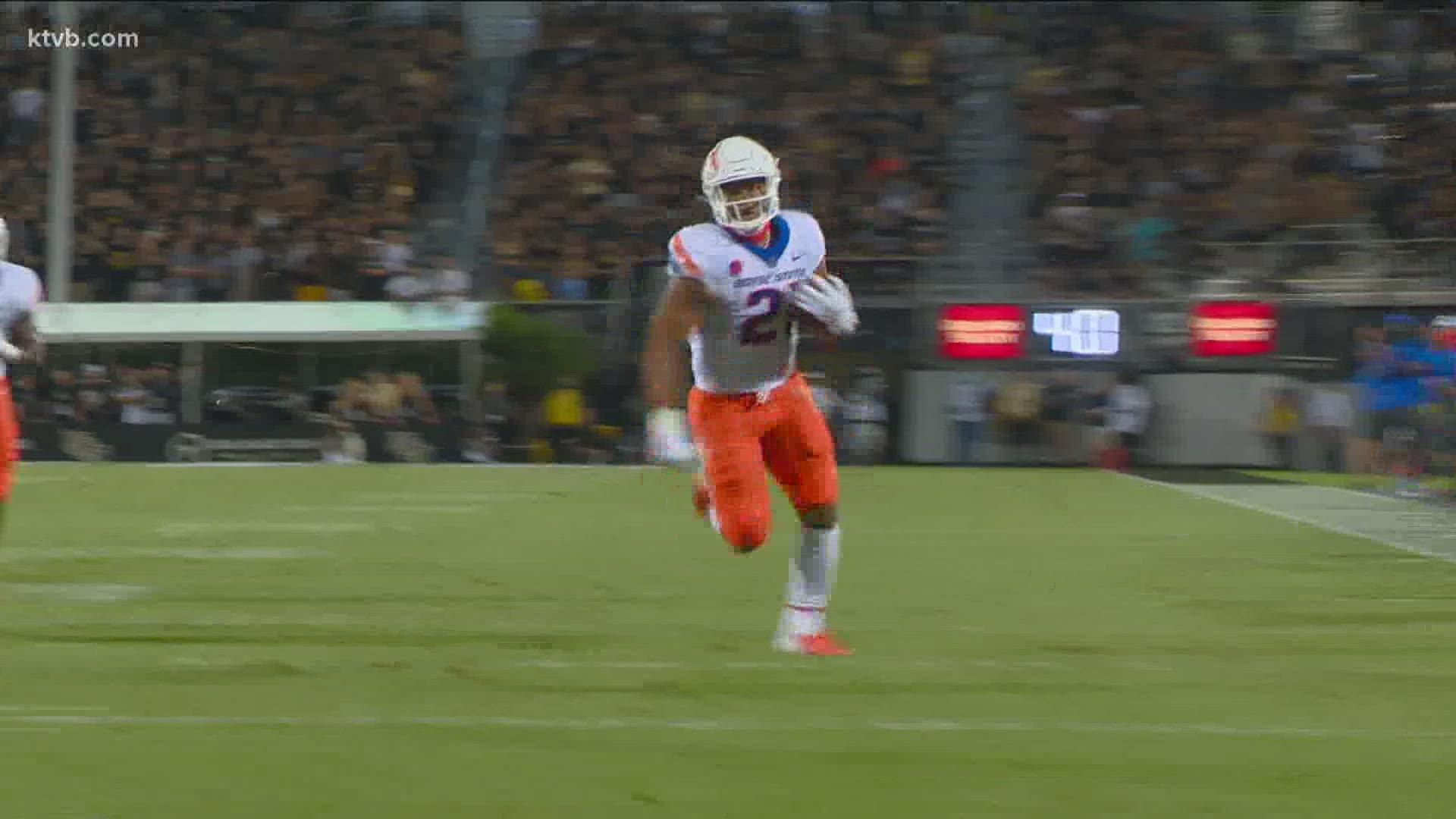 Boise State was outgained 573 yards to 283. The Broncos managed just 20 on the ground while the UCF was gashing them for 255. From late in the first half until midway through the fourth, Boise State went nearly 30 minutes without a first down. Yet the Broncos somehow lost by just five points Thursday night in Orlando.

That shows resilience, to be sure. But the 36-31 score belies the Knights’ dominance.

The turning point came late in the first half when Boise State, leading by 17 points, couldn’t get out of a 3rd-and-11. What followed were back-to-back completions by Dillon Gabriel covering 62 yards, leading to a touchdown right before the half. The third quarter opened the same way—an 84-yard Knights TD drive sent a message amidst five straight three-and-outs by the Broncos offense. Boise State had no answer but stayed in it.

It was two turnovers that kept Boise State in the game in the Bounce House, and it was a turnover that took the Broncos out of it. Gabriel had the Knights offense going like a knife through butter on their first possession before Tyric LeBeauf stepped in front of a pass at the goal line and took it 100 yards for a touchdown. When all appeared to be lost in the fourth quarter, LeBeauf did it again, setting up Khalil Shakir’s go-ahead TD. But Hank Bachmeier threw a brain cramp of a pick with two minutes left to extinguish Boise State’s comeback hopes.

OFFENSE: THE GOOD, THE BAD & THE UGLY

Bachmeier got into a rhythm in the first half Thursday night. The tempo was working, and Boise State was moving the ball, mainly through the air. Bachmeier looked to be in command. But then UCF figured things out, and the Broncos withered, with minus-7 yards in the third quarter. They appeared to go into a shell. The exclamation point came on the final play of the third period, when on 3rd-and-10 Boise State elected to run the ball — and Andrew Van Buren was swarmed under for a loss of three yards. Bachmeier did come alive in the fourth quarter, even getting the Broncos the lead back with a second touchdown pass to Khalil Shakir. But then, on a night when he made generally good decisions, he made one of the worst of his career, throwing his lone interception of the night when he could have run for a first down.

When I saw B.J. Rains’ tweet about Boise State’s George Holani being out for Thursday night’s game, well, I thought what you probably did. And the Broncos’ worst fears were realized, as they rushed for just 20 yards on 26 attempts. It was Van Buren and Cyrus Habibi-Likio splitting carries, with nothing doing. Outside of a 22-yard run by Van Buren to set up Boise State’s second touchdown, it was reminiscent of last year. There was not “dependable depth” at running back, at least in this game. What would life with Holani have been like?

TOO MANY SNAPS FOR THE DEFENSE

It wasn’t the lightning delay at the beginning of the game that sapped the Boise State defense. It was the fact that the Broncos D couldn’t get off the field, and during that three-and-out parade by the offense, they never had a chance to catch their breath. UCF ran off 85 plays to Boise State’s 65, and ultimately it wore the Broncos down. They actually did a decent job against Gabriel, but their emphasis on stopping the run fell flat. Isaiah Bowser was constantly bursting through to the second level on his way to 170 yards on 32 carries. Only three Knights carried the ball all night, and all three (including Gabriel) averaged exactly 5.3 yards per carry. That helped UCF go 10-for-17 on third-down conversions. That’s a bad stat for the Broncos.

Six of the eight former Broncos released by NFL teams in the final roster cuts will be able to stick around as practice squad players as the season approaches. The list includes Brett Rypien in Denver, Curtis Weaver in Cleveland, John Hightower in Philadelphia, Darian Thompson in Dallas, David Moa with the New York Jets and Donte Deayon with the L.A. Rams. It appears that A.J. Richardson and Marcus Henry were not picked up in Arizona. Richardson had spent two full seasons on the Cardinals’ practice squad since wrapping up his Boise State career.

Coming off a 42-14 season-opening victory at MSU-Northern, College of Idaho makes its first Simplot Stadium appearance Saturday against Rocky Mountain College. The Coyotes’ quarterbacks are still getting their bearings, but Nick Calzaretta is buying them some time. Calzaretta rushed for 206 yards and two touchdowns last week, moving into third place on C of I’s career rushing list. He now has 2,731 career rushing yards and 30 touchdowns. In the Kibbie Dome, Simon Fraser should provide Idaho an opportunity to mix and match different combinations. One guy you won’t see the Vandals experiment with on offense this year is star linebacker Tre Walker. Coach Paul Petrino says Walker is far too valuable on defense. (He rushed six times for 26 yards during the spring season.)

Six years to the day after falling flat in its first appearance on a big national stage, Boise State avenges its 2005 rout at Georgia with a dominating 35-21 victory over the Bulldogs at the Georgia Dome in Atlanta. After starting the game (and his senior season) 1-of-3 for four yards, Kellen Moore finished 28-of-34—an 82.3 percent clip, the seventh-best mark in Bronco history. Moore threw the 100th touchdown pass of his career to freshman Matt Miller and followed with TD strikes to Kyle Efaw and Tyler Shoemaker.