There was a revelation after Boise State’s loss to Air Force that was startling, if you’ve been following the program throughout the 21st century. 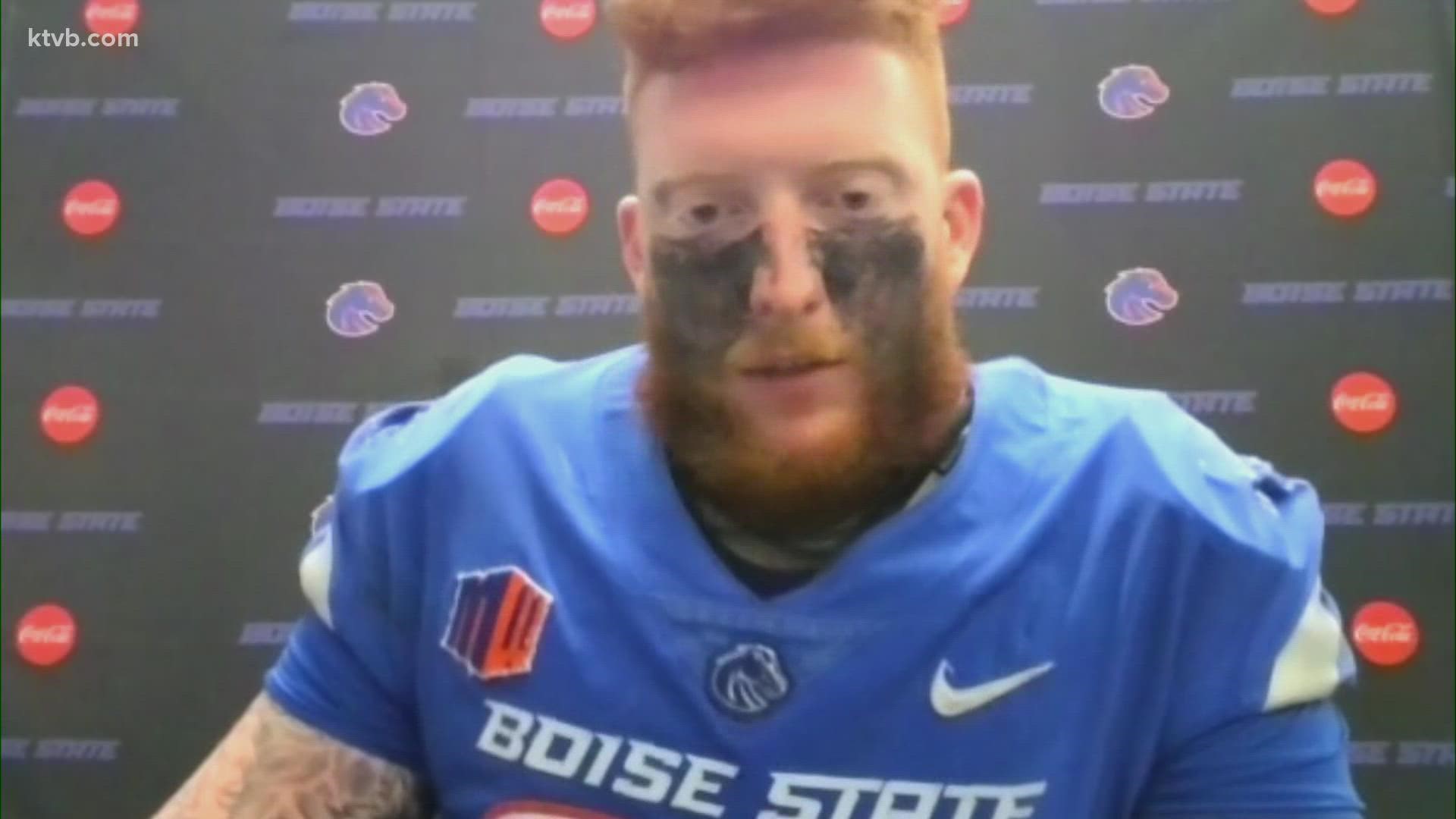 The inability to perform at crucial times was frustrating enough in Boise State’s 24-17 loss to Air Force Saturday night. But after the game, a disturbing news item came out of coach Andy Avalos’ press conference. B.J. Rains of the Idaho Press tweeted the quote: "If we handle things properly and we're not late to meetings and stuff during the week, then maybe we have better consistency throughout the course of the week." Late to meetings? That’s a big picture thing. We’ve heard a lot about the “standard” at Boise State. And “late to meetings” is not the standard. It goes to the very core of a program’s culture (and we’ve heard a lot about culture, too). One of the most basic tenets of the Broncos through the Koetter-Hawkins-Petersen-Harsin brotherhood was commitment. And this doesn’t smack of commitment.

THE ‘FIRST TIME SINCE’ PARAGRAPH

It took 21 seasons for Boise State to lose 10 home games in the 21st century (the 10th was the 51-17 loss to BYU last November). It has taken just one more season to get to 13. The loss to Air Force means the first three-game losing streak on the blue turf since 1996, the school’s first year in the FBS (Division I-A), and the worst season in school history. This is the first time the Broncos have been 3-4 since 1997, the Houston Nutt year. They have not lost more than four games since 2013, Chris Petersen’s final season, and they have not dropped more than five since that 1997 campaign.

Now for the guts of the game. It began with a tell-tale strategy. Boise State won the coin toss but elected to receive instead of defer like it usually does. The Broncos needed to try to put up points out of the gate since their chances would be limited. And they did, with a nice 75-yard drive capped by a Hank Bachmeier touchdown pass to Stefan Cobbs. But Air Force answered, as everyone was afraid it would, with a methodical 75-yard TD drive of its own. And Boise State had fewer answers than the Falcons did all night long. All it took were a few three-and-outs here and there, and Air Force had the Broncos right where it wanted them. Boise State’s defense did okay against the triple-option, holding the Falcons 34 yards below their season average, but Air Force had three long first-half touchdown drives. Amazingly, that was enough.

TOO MUCH ‘BAD NEWS BEARS’ STUFF

The Broncos made Air Force’s job easier than it had to be Saturday night. Back-to-back holding calls stalled a promising second quarter possession, putting Boise State in a 3rd-and-30. A running play then netted one yard. A 43-yard pass to Khalil Shakir was negated by an ineligible receiver downfield penalty. There was the strip-sack of Bachmeier that resulted in an 18-yard loss on the fumble. And the Boise State punt that hit Kekaula Kaniho after he was pushed into it. But the most head-scratching infliction of the night: sending only 10 men on the field for a crucial 4th-and goal from the Air Force two. After a time out. Bachmeier looked for a throw-back to a receiver that wasn’t there, tried to tuck and run, and was stopped for a one-yard loss.

SEVENTH VERSE, SAME AS THE FIRST

The Boise State offense is playing with one hand tied behind its back. Seven games in, the running game continues to be a liability. With the running backs unit missing key pieces, what can we expect to improve at this point? For the fourth time this season, all four of them losses, the Broncos were held to less than 100 yards on the ground. Andrew Van Buren did what he could, and there was a Taequon Tyler sighting, but without George Holani and Cyrus Habibi-Likio, the ability to grind is not there. Boise State netted 54 yards in the first half and averaged 4.2 yards per carry, which is pretty good in 2021 terms. But in the second half: 24 yards and 2.0 yards per attempt.

Idaho was down to its third and fourth-string quarterbacks, Zach Borisch and Gevani McCoy, but that doesn’t explain what happened to its defense at Eastern Washington Saturday. The Vandals yielded a staggering 837 yards, 600 of it off the arm of Walter Payton Award favorite Eric Barriere, in a 71-21 annihilation on the red turf in Cheney. Barriere threw for seven touchdowns and averaged 23 yards per completion as three Eagles receivers posted 100-yard games. Idaho is now 2-4 and now has to face Montana in the Kibbie Dome this week. Elsewhere, Idaho State was unable to maintain the momentum from its upset of UC Davis, committing four turnovers Saturday and falling 31-10 Saturday at Portland State.

ALSTON TO STAY STATESIDE FOR NOW

Derrick Alston Jr. has been waived by the Utah Jazz but is expected to join the G League’s Salt Lake City Stars. Alston, who scored only two points in Utah’s four preseason games, originally signed an “Exhibit-10” contract, which gives the Jazz his G League rights and gives him incentives to stay with the Stars. With Justinian Jessup headed back to Australia, the only former Boise State player on an NBA roster is Chandler Hutchison with the Phoenix Suns. Hutchison wears No. 35 for the Suns, who begin the season Wednesday night at home against the Denver Nuggets.

The Idaho Steelheads appear to be ready to face the Utah Grizzlies for real this Friday when the season opens at Idaho Central Arena. The Steelheads swept the annual home-and-home exhibition series between the two teams over the weekend, getting two goals from Matt Tugnutt in the first game in Boise, a 5-2 win, and a hat trick from Colton Kehler in the second meeting played in Ogden, a 6-5 victory. Tugnett had just joined the Steelies after being released by the AHL’s Texas Stars and assigned to Idaho.

One of the epic performances in World Series history, as Reggie Jackson hits three consecutive home runs, all on the first pitch, to lead the New York Yankees past the Los Angeles Dodgers, 8-4. The Game 6 victory gave the Yankees the world championship, their first in 15 years. It was on this night that Jackson, who had signed with the Yanks as a free agent in the offseason, earned the nickname “Mr. October.”