Former Chicago Bulls and L.A. Lakers coach Phil Jackson was called the “Zen Master.” We go way out there with BSU football today, but Jackson would probably get it. 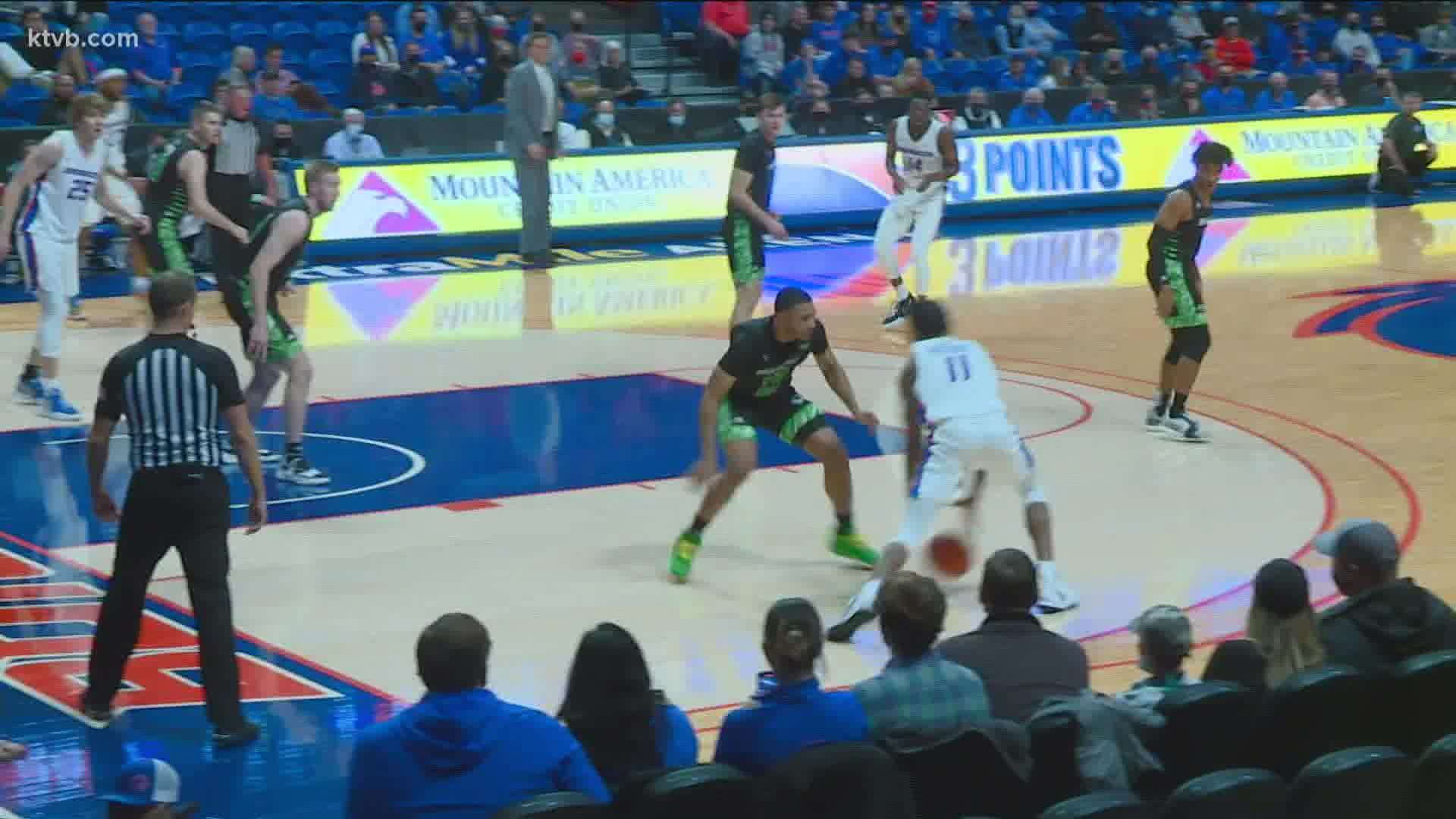 Warning: I’m going into left field here. But I saw this quote posted by the great founder, producer and narrator of Idaho Public Television’s “Outdoor Idaho,” Bruce Reichert. It comes from an American Buddhist author, Pema Chodron. It wasn’t in relation to Boise State football—but on the other hand, it really relates (and Reichert is a Broncos fan, anyway).

Here goes: “Letting there be room for not knowing is the most important thing of all. When there’s a big disappointment, we don’t know if that’s the end of the story. It may just be the beginning of a great adventure. Life is like that. We don’t know anything. We call something bad; we call it good. But really we just don’t know.”

COWBOYS ROUND IT UP ON THE GROUND

Has Wyoming’s offense found itself since reinstalling Levi Williams as starting quarterback and benching Sean Chambers? Well, Williams’arm is not the reason the Cowboys throttled Colorado State 31-17 in the Border War Saturday. His legs helped, though. Boise State was happy with its 177 yards rushing at CSU a week and a half ago. The Pokes piled up an astounding 385 yards on the ground against the Rams. And star running back Xazavian Valladay was only Wyoming’s third-leading rusher. A sophomore named Titus Swen ran for 166 yards, including an 87-yard dash. Williams added 116 yards with runs of 43 (for a touchdown) and 57. Valladay had a serviceable 76 yards. The Broncos will find out how far their rush defense has come on Friday night.

The Boise State defensive line is coming off its best game of the season, holding Fresno State to 77 yards rushing and sacking Jake Haener five times. The sacks came from five different guys—and for Demitri Washington, Divine Obichere and Riley Whimpey, it was their first of the season. So what does that mean Friday night against Wyoming? Haener was not a threat to run, but Williams is for the Cowboys. If the Broncos can somehow neutralize those eye-popping rushing numbers from Wyo, they could get after Williams. Last December in snowy Laramie, Boise State sacked him three times and held him to 3-for-13 passing for 45 yards. Williams’ net rushing total was minus-10 yards.

The two players who weren’t newbies on this season’s sack stat sheet were Scott Matlock and Jackson Cravens. After all the hype Matlock received before the season, the narrative has come full-circle after the D-line’s struggles earlier in the campaign. Matlock’s junior year is becoming eminently memorable. The Homedale High grad is the Broncos’ leader with seven sacks. He also has a team-best 8.5 tackles-for-loss and two fumble recoveries. And at Utah State, Matlock contributed a blocked field goal and a touchdown when he snuck into the back of the end zone as a tight end. Now the rest of the defensive line appears to be feeding off him.

It was slow in the beginning, but in the end it was a 20-point win. Boise State opened the 2021-22 season with a 76-56 victory over Utah Valley Tuesday night in ExtraMile Arena. The Broncos built a 22-point lead eight minutes into the second half, but the Wolverines got it down to 11 with 3:42 left. UVU would not score another point. Boise State got what it hoped for out of Devonaire Doutrive, who had a game-high 18 points. Encouraging signs came from a couple of guys who were buried on the bench last season. Naje Smith put up 15 points on 6-for-6 shooting, making his only three-point attempt. Smith added five rebounds. He scored 16 points all of last season. Pavle Kuzmanovic, who notched just 11 points in 2020-21, scored nine points against Utah Valley, going 4-for-8 from the field.

Marcus Shaver Jr. was out with a hand injury, so Max Rice got the start at guard. But Rice only played 12 minutes and went scoreless. Boise State’s missed Shaver’s three-point acumen, going just 4-for-20 from beyond the arc. There was a great battle inside between two big centers. Fardaws Aimaq, the reigning WAC Player of the Year and WAC Defensive Player of the Year, led Utah Valley with 15 points and five rebounds, while Boise State’s Mladen Armus had 11 and five. Aimaq was the nation’s leading rebounder last season, averaging 15.0 per game.

OH HAS THIS BEEN A LONG TIME COMING

It’s been a dream for, like, 20 years. But tonight the University of Idaho men officially christen their new basketball home, ICCU Arena, with their inaugural regular season game against Long Beach State. It’s huge for the Vandals. No more early-season games in Memorial Gym—and no more scheduling headaches with the Lionel Hampton Jazz Festival every winter. And no more curtains draped around the Kibbie Dome. The 62,000 square foot building was constructed with Idaho Wood products, and it is unique. The 49ers are the opponent for a reason—they’re coached by Dan Monson, who graduated from U of I. His dad, Don, will be honored tonight. The Vandals will raise banners for Monson and the 1981-82 Idaho team he coached to the Sweet 16 and a No. 6 national ranking.

The Idaho Steelheads are 4-4 on the young season, but there are some things they’re doing really well. The Steelheads, who open a three-game series tonight at Rapid City, lead the ECHL in power play goals with eight and have the second-most chances in the league with 34. They’re also averaging only nine penalty minutes per game, second-fewest in the ECHL. Individually, forward Yauheni Aksiantsiuk is the first rookie in the league to reach double-digit points on the season. Aksiantsiuk has logged five goals and five assists through eight games. At this rate, all fervent Steelheads fans will know how to pronounce his name by Thanksgiving.

Nevada brings the top-ranked team in Division I-AA to Bronco Stadium to face Boise State. The Wolf Pack was no match for the Broncos on this day, as the high-powered Nevada offense was held to 218 yards in a 30-14 Boise State win. Bart Hull had one of the most interesting games ever: three carries, 10 yards…three touchdowns. The hockey guy had a TD hat trick. Boise State and Nevada would meet again four weeks later in the Division I-AA semi-finals in Reno, with Nevada prevailing 59-52 in a triple-overtime classic.