Boise State basketball: Nevada and all that Jazz

If Boise State is truly a different team than it was it was at the beginning of this month, it has the chance to prove it against an old nemesis Saturday night. 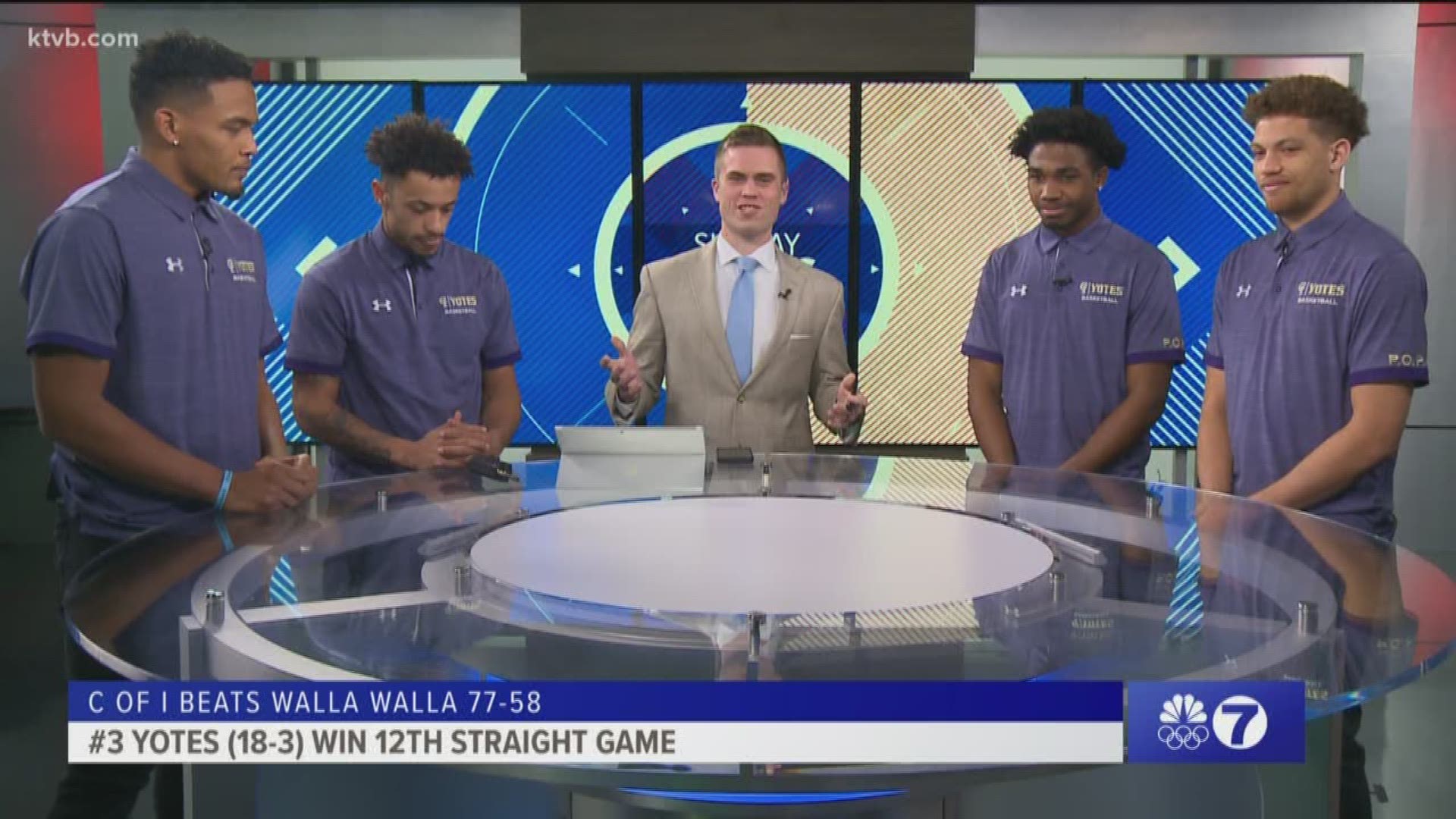 Since the wild comeback started against Utah State with four minutes left in the game, Boise State has played 89 minutes of floor time and has outscored its opponents by a whopping 85 points.  Can the Broncos keep up the pace against Nevada Saturday night in ExtraMile Arena?  Not likely.  But this incredible surge gives them hope that they can reverse their fortunes after getting whupped 83-66 by the Wolf Pack in Reno four weeks ago.  That’s the night the Pack’s Jazz Johnson went off for 34 points on 13-for-21 shooting, hitting eight three-pointers.  Johnson has averaged 13.6 points in the seven games since.  Nevada is 13-9 overall under new coach Steve Alford; a year ago right now Wolf Pack’s the record was 21-1.  This is a big—and winnable—game.

Lest you think Boise State’s RayJ Dennis has disappeared since scoring 19 points in the final 3½ minutes of regulation against Utah State two weeks ago, he has become one of the Broncos’ great facilitators.  Dennis has scored only nine points in the past two games, but he’s combined for 12 assists against just one turnover.  He had seven helpers to lead Boise State in the romp over San Jose State Wednesday night.  That’s been the theme for the team in general.  The Broncos have racked up 19 assists in each of the last two games.  They had only five when Nevada stifled them last month in Lawlor Events Center.

RELATED: Boise State basketball: It ended up being a layup

Abu Kigab’s presence would really help Boise State versus Nevada.  Coach Leon Rice is hopeful the Broncos will have it.  Kigab suffered what Rice called a “hip pointer” with 15 minutes to go Wednesday night against San Jose State.  “He’ll be ready to go (Saturday night),” said Rice in the KBOI postgame show.  Kigab has averaged 13.7 points in the 12 games he’s played since being activated over Christmas break.  The Oregon transfer’s been a playmaker, and he’s shooting a very respectable 42 percent from three-point land.

What we’ve learned about the Boise Hawks this week (not necessarily in order of importance).  We know that Cesar Galvez, the Hawks’ hitting coach the past two seasons, has been promoted to manager by the Colorado Rockies organization.  We know that former Boise city councilman Scot Ludwig has not given up on the push for a new multi-purpose stadium in Boise that would house the Hawks and minor league pro soccer, vowing to ask the Idaho Supreme Court to overturn the city’s new stadium ordinance.  And now there are murmurs that Expo Idaho could come into play for the Hawks.  Les Bois Park is done.  The Hawks are already there.  Just one man’s opinion, but a lot of new development could be fostered on that site, with a new stadium as an anchor.  There’s plenty of parking (can’t underestimate that).

It used to be that an Idaho Steelheads game against Rapid City was close to a guaranteed win.  The Steelheads came into the season 38-13-4 all-time against the Rush.  But the Steelies have managed only one win in six tries versus Rapid City this season, and it’s the Rush who venture into CenturyLink Arena tonight and Saturday night.  And on the PGA Tour, Troy Merritt carded an even-par 71 in the first round of the Waste Management Phoenix Open.  The former Boise State star and Meridian resident is tied for 66th at TPC Scottsdale.

NOT AN EASY PLACE TO HEAL

The Boise State women are in dire need of a victory as a season of high expectations seems stuck in quicksand.  For some reason, this veteran crew just has not been as good as advertised.  The Broncos have lost two straight and are now tied for fourth in the Mountain West at 6-4 (14-8 overall).  Saturday they have to try to get well at Nevada.  Last year in Reno, the Broncos had to hold off a Wolf Pack comeback at the wire to win 75-74.  It’s hard to pinpoint the problems.  Boise State is averaging 17 assists per game, but it’s committing 15 turnovers per outing.  Preseason MW Player of the Year Braydey Hodgins has sometimes struggled, averaging 10.9 points per game, down almost 2½ from a year ago.

BLAINE ON A HIGH PLAIN

I had lost count on College of Idaho’s winning streak last weekend.  It’s actually 14 games now, and the Coyotes put it on the line in Portland this weekend with visits to Multnomah and Warner Pacific.  Lost in the hoopla is the fact that Colby Blaine has become the fastest C of I men’s basketball coach in history to reach 50 career wins, needing just 59 games to do it (he’s now 51-9).  The previous record-holder was Blaine’s predecessor, Scott Garson (60 games).  Next is the irrepressible Marty Holly (65 games).  Meanwhile, Northwest Nazarene routed Western Washington 87-64 Thursday night in Nampa.  The Nighthawks, now 7-4 in the GNAC, have won six games in a row and host Simon Fraser Saturday night.

Boise State’s home opener in women’s gymnastics is set for tonight against BYU in ExtraMile Arena after a sweep of San Jose State and Seattle Pacific last Sunday.  The Broncos’ Emily Muhlenhaupt Goes into the meet ranked No. 3 nationally on bars with an average score of 9.942.  And College of Idaho’s home baseball opener is today at Wolfe Field, the beginning of a four-game series against William Jessup.  Yes, it’s January 31.  And yes, the high is supposed to be 51.

Washington’s Doug Williams, the first black quarterback to start a Super Bowl, goes 9-of-11 for 228 yards and four touchdowns, while rookie teammate Tim Smith rushes for 122 yards and a TD.  All that in the second quarter in a 42-10 rout of the Denver Broncos.  The Redskins amassed a Super Bowl record 602 yards, while Williams finished the day with 340 yards passing and earned the game’s MVP honor.