It was Boise State’s Derrick Alston who appeared to be knocking on the NBA’s door last winter. But Alston returned to the Broncos. Enter Justinian Jessup. 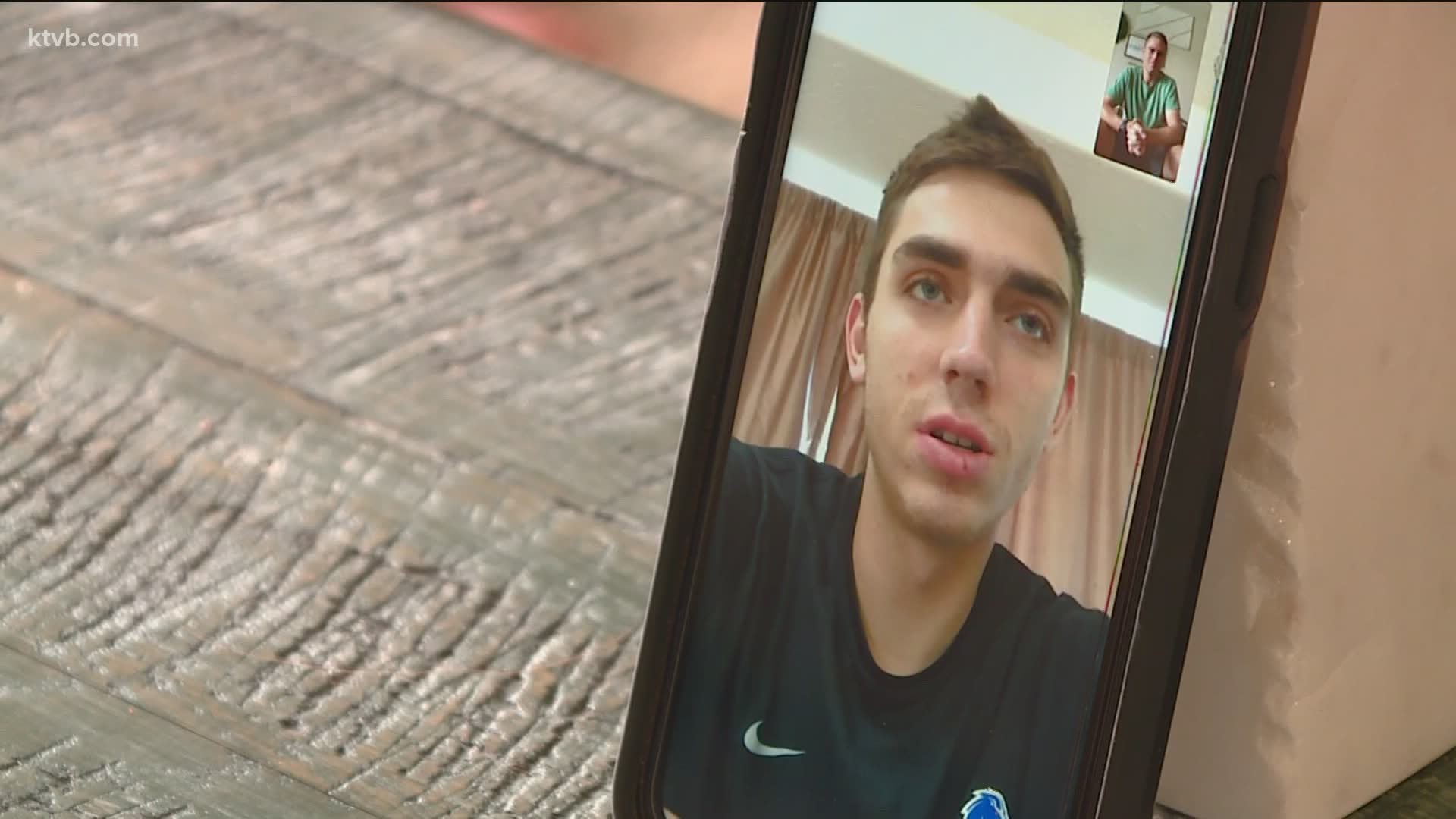 Boise State’s Justinian Jessup went higher than anyone had projected Wednesday night in the NBA Draft. How about the 51st overall pick in the second round to the Golden State Warriors? The Mountain West’s career leader in three-pointers can be mentored by the guy who has perfected the art, the Warriors’ Stephen Curry. And there’s no coach in the NBA who’s a better fit for Jessup than Steve Kerr. This is up to Golden State, though. The Dubs may prefer to have Jessup stay in Australia, where he’ll be part of the Next Stars program, specifically created for NBA hopefuls. He’ll be able to hone his skills against solid competition without taking up a Warriors roster spot. And they could buy out his contract at any time. Jessup is the Broncos’ second NBA Draft pick in the past three years, joining Chandler Hutchison.

San Diego’s State’s Malachi Flynn went in the first round, 29th overall, to the Toronto Raptors Wednesday night. After two solid years at Washington State, Flynn transferred to SDSU and became elite. Watching him play for the Aztecs, he reminded me of Curry. Flynn’s only 6-1 to Curry’s 6-3. But he’s well-rounded and will make an impact. The two-round draft wrapped up with back-to-back Mountain West selections: Nevada’s Jalen Harris will join Flynn in Toronto, and Utah State’s Sam Merrill was the final pick, going to the New Orleans Pelicans.

In the 2010s, this was an every-other-year trip. And while Dan Hawkins and Chris Petersen were at Boise State and June Jones was at Hawaii, the games at Aloha Stadium were hotly-contested. There was the 2001 game, when Quintin Mikell broke up a Nick Rolovich pass on the final play of the night to preserve a 28-21 win. There was 2005, when the Broncos scored points on three special teams plays (sound familiar?) to rally for a 44-41 victory. And in 2007, Hawaii got its revenge, winning 39-27 before 50,000 fans to earn a trip to the Sugar Bowl. The Broncos have played the Rainbow Warriors on the Islands only three times since Jones left following the 2007 season—winning 54-9, 49-14 and 52-16. This Saturday night? It depends on who suits up in the white jerseys.

The probable starting quarterbacks in Saturday night’s game don’t have much of a history against each other, but what there is of it is interesting. In Boise State’s 59-37 win over Hawaii last October, both Hank Bachmeier and Chevan Cordeiro were 3-of-9 through the air. That was the game that saw Bachmeier go down with an injury (he missed the next seven games), while Cordeiro relieved Cole McDonald. Neither played in the Broncos’ 31-10 Mountain West championship game win over the Rainbow Warriors in December. Notes on Cordeiro: he has been sacked 17 times already this season—seven times against San Diego State last week—and went just 17-of-35 for 209 yards with one touchdown and one interception versus the Aztecs. There is nobody behind him who has taken a snap in an FBS game.

Boise State nabbed its first “in-game” interception of the season last Thursday, as JL Skinner picked off Colorado State’s Patrick O’Brien and returned it 21 yards to set up a touchdown. (The team’s only other pick came against Utah State as the clock ran out.) The Broncos, however, still have only two turnovers this season. Bryan Harsin wants more. They are without a fumble recovery. Just two seasons ago, Boise State had 17 of those. The Broncos are minus-two in turnover margin on the season, but two of their four giveaways came on those special teams fumbles against CSU. The Hawaii defense, by the way, has forced nine turnovers so far. But the offense has also coughed it up nine times.

ABOUT 24 HOURS TO GO

So it’s Thursday. And as I write this, Boise State is still scheduled to board a plane tomorrow. Fingers crossed, because there have now been two Mountain West games canceled this week. First it was UNLV-Colorado State. Now, due to an upward trend of COVID-19 cases within the Utah State program, the Aggies won’t be playing their game at Wyoming tonight. The Cowboys have had two consecutive games scrapped due to opponents’ coronavirus problems, both of them in Laramie (last week it was Air Force). There have now been 81 college football games postponed or canceled this season. Half of the Mountain West schools have now been affected.

Catching up on the ever-robust Twitterverse (first noted Tuesday by KTVB’s Jay Tust): “I can confirm that the Boise State-Washington State home-and-home originally schedule for 2026 and 2027 has been moved…Sept 11, 2032 in Boise, Sept 10, 2033 in Pullman.” Ah, it’ll be here before you know it. B.J. Rains of the Idaho Press had this: “Hearing Boise State basketball’s season opener will now be the road game at No. 17 Houston on Nov. 27. Broncos were trying to open with a non-D1 team next Wednesday on the 25th, but it fell through in recent days." Not a surprise.

SAVE THE DATE, GOLF AFICIONADOS

The Albertsons Boise Open will again kick off the three-event Korn Ferry Tour Finals in 2021. The planned dates are August 19-22 at Hillcrest Country Club, marking the 32nd consecutive year the event will be featured on the PGA Tour’s top developmental circuit. There’ll be 23 Korn Ferry tournaments played during the next calendar year, part of a one-time-only “wraparound season” due to the pandemic, resulting in a slate of 46 total events. (I know—it’s confusing.) Ten events from the Korn Ferry’s original 2020 schedule were canceled. On the PGA Tour, meanwhile, Troy Merritt is back at it today as the RSM Classic tees off at Sea Island, GA. Merritt has made his last three cuts.

Toronto’s Josh Donaldson becomes the first former Boise Hawk to win an MLB Most Valuable Player award. Donaldson, in his first season with the Blue Jays after establishing himself as a force in Oakland, earned the American League honor with 41 home runs and a league-leading 123 runs batted in. He led the Jays to their first postseason appearance since winning the World Series in 1993. Donaldson played for the Hawks in 2007, batting .346 with nine homers and 35 RBI.