Who let the dogs out? Dozens of Texas rescue animals looking for homes in the Treasure Valley

As part of an effort to keep more animals from having to be euthanized, the Idaho Humane Society took in rescue dogs from Texas to find them homes in the Treasure Valley. 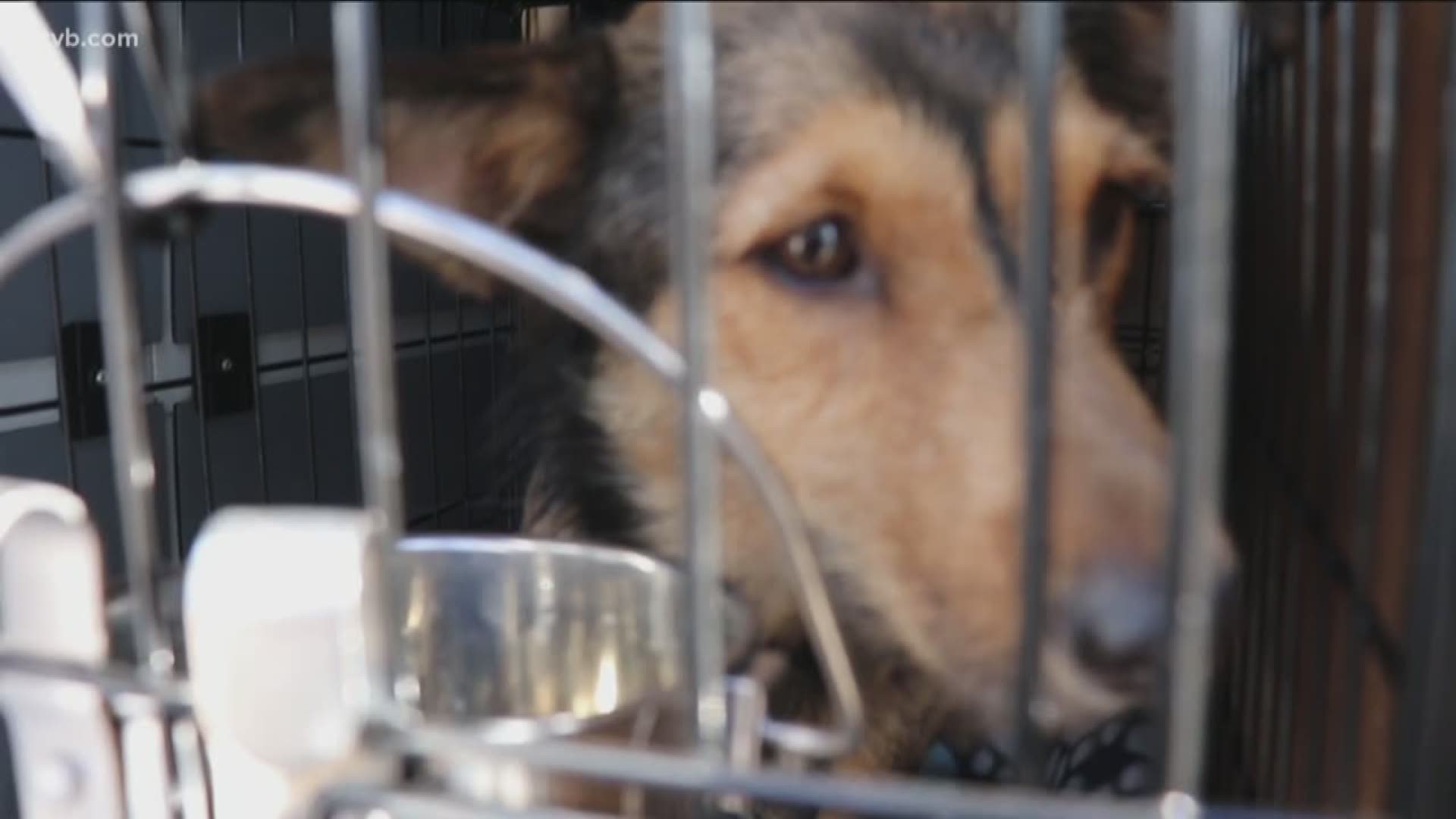 BOISE, Idaho — Dozens of friendly, furry faces made their way to Idaho on Thursday as part of a rescue effort to prevent more animals from having to be euthanized.

Sam Kennedy, communications assistant at the Humane Society, said because of overcrowding in areas like San Antonio, many shelters are overrun. That means many shelters have a certain amount of time they can keep animals, and if they aren't adopted after a certain time frame, the animals have to be put down.

To try and save animals from being euthanized, the Idaho Humane Society works with shelters all across the U.S. to bring transfers to Idaho - where they stay until they find a family, no matter how long that takes.

“We’re really fortunate here in Boise where we have a lot of generous donors, we get a lot of grants that can provide more services to animals," Kennedy said. "So we’re able to help out those shelters that don’t necessarily have the same resources that we have and we’re all able to save more lives together.”

The 41 dogs will be housed at both the Idaho Humane Society in Boise and Mountain Humane in Hailey.

This is not the Humane Society's first transfer of new animals this year.

“Right now, we’re scheduled to do at least two transfers every month until the end of December," Kennedy said. "I know that May has been particularly busy, I want to say we’ve already had three transfers within the last three weeks.”

She added that while 41 dogs, and multiple transfers throughout the year, may seem like a lot of animals for them to take on, the Treasure Valley community keeps their adoption rates very high.

“Most of our dogs are able to be adopted within a week – we have a really awesome, high turnover rate for dogs here in the community,” Kennedy explained. “It’s amazing. This is something that definitely wasn’t possible 20 years ago, maybe even 10 years ago. Our transfer program has been absolutely phenomenal.”

Sometimes the transfer dogs need some medical attention, like surgery. For this batch of dogs, Kennedy said a couple just need some dental work. The shelter expects to have all the dogs on the adoption floor within a week.

The Idaho Humane Society is glad it's able to help save so many animal lives and help them find forever families.

"It's an honor to work with such a tremendous organization like San Antonio Pets Alive to save dogs," said communications manager Kristine Schellhaas. "They go above and beyond by placing dogs in foster care to gain insight into each one of their personalities, and then they pass along notes so that we can find them the best fit possible in their adoptive homes. It's so fulfilling to know that our partnership has provided a second chance at a happy life for dozens of dogs."

The Idaho Humane Society plans to open its new shelter in July 2019.

According to San Antonio Pets Alive!, they have rescued 47,000 dogs and cats since its Headin' Home program started in 2012.

RELATED: 'I held him until he was cold and stiff': Middleton man continues court battle with the man that killed his dog