What are protective orders and how do they work?

KTVB set out to find out how protective orders are supposed to protect those who need help. 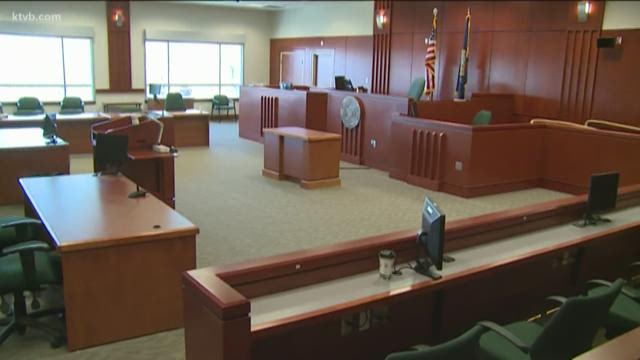 BOISE, Idaho — There are still a lot of questions surrounding the murder-suicide in Meridian Sunday when a man shot and killed Jose and Heidi DeLeon before turning the gun on himself.

KTVB found out that Heidi DeLeon obtained a protection order just 24 hours before that deadly shooting.

So we set out to find out exactly how protective orders are supposed protect those who need help.

KTVB spoke with the attorney for the Faces of Hope Victim Center.

Michael Carney says in the past year he's helped 131 people with different legal matters -- 75 percent of them were protective orders.

If you're not familiar with protective orders, a person can go to their county courthouse and file for one when they feel they are in danger.

It essentially means another person must stay away from them and not contact them.

If a judge grants a temporary protective order, a hearing will happen 14 days later and allow the other party a chance to contest it.

If that order is violated, it's considered a misdemeanor and the person who violated it can spend a year in jail and receive a $5,000 fine.

But here's the thing: currently there is a federal law that states if someone is convicted of domestic violence or has a protective order, and the court has found that person to be a danger, a judge is able to rule that the person in question cannot possess a firearm.

In Idaho, a judge has the power to invoke that federal law only if a final protective order has been granted after that 14-day hearing, which would not have applied in this Meridian case.

“The reality is somebody could do everything they could've possibly done and something tragic like this could've still occurred,” said Carney. “We have these things in place so people can go and ask for help in court and ask for a protective order, which she did and it's extremely unfortunate what happened and tragic but I really don’t know what more in this circumstance could've been done by anybody.”

Research shows that the most dangerous time for an individual in these type of situations is when they leave or take some type of action to leave or keep the individual away. So in this instance - when Heidi DeLeon filed a protection order.

The Faces of Hope Victim Center says they always urge people to think about their safety when they take these steps, and even set up individuals with a hotel or give them food and gas money to ensure their safety.

Faces of Hope also says, on average, they file more than one protective order a week and more than 75 percent of them involve children.