A new campaign ad from an anti-Prop 1 group points out financial mistakes made when historical horse racing machines were last legal in Idaho. 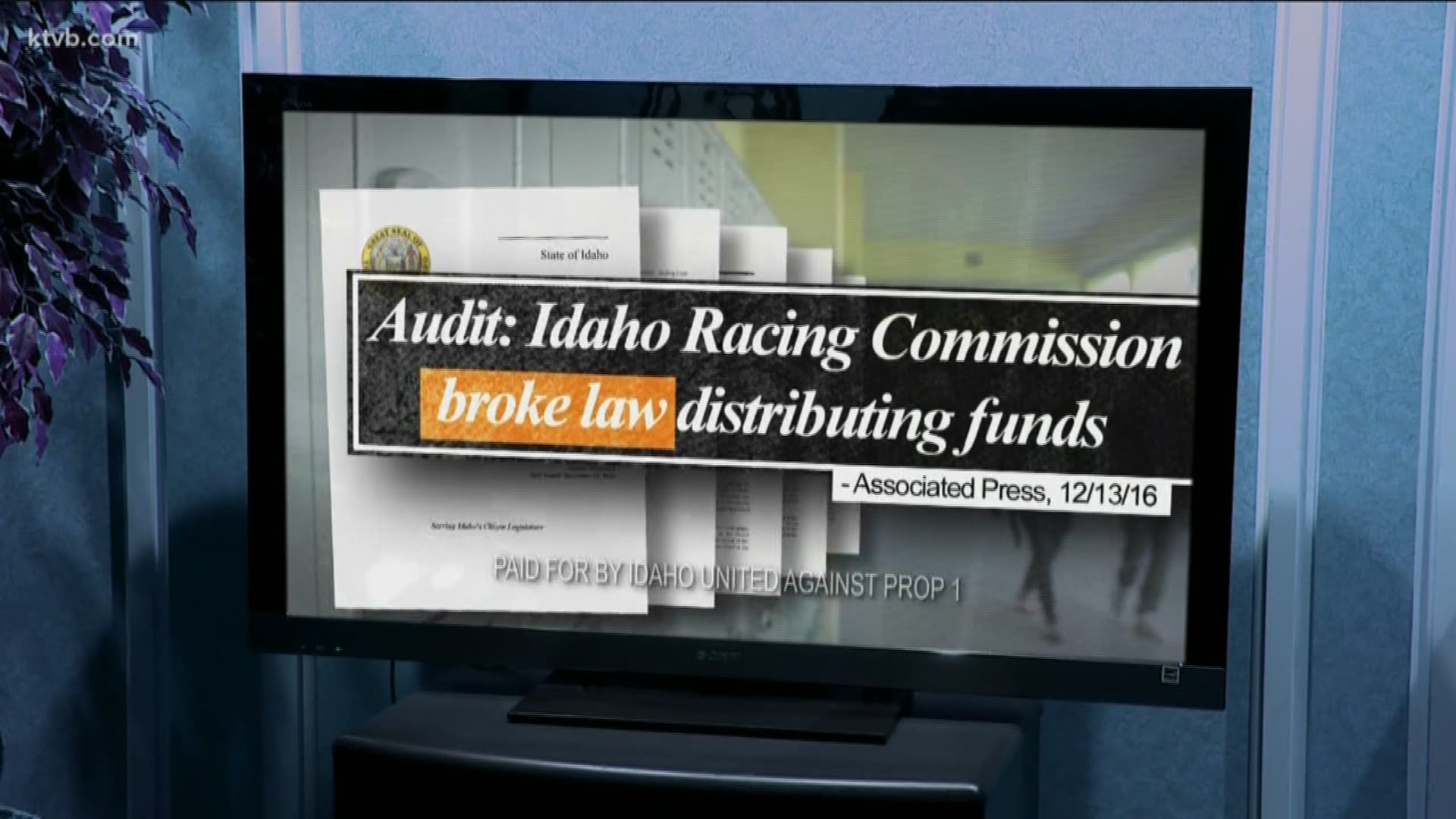 BOISE — The latest ad from Idaho United Against Prop 1 takes aim at how funds from historical horse racing machines would be distributed and also takes a look at what the group calls 'financial mistakes' when the machines were legal in 2014.

The ad begins by saying, "Promoters of Prop 1 aren't telling you all the facts, read the fine print. Prop 1 language says promoters take guaranteed profit, 18 times more than they promise schools. They get dollars, schools get pennies."

We can verify, that is true.

If passed, Proposition 1 has a very specific outline for where money generated by historical horse racing (HHR) machines legally has to go.

As the ad shows, one half of 1 percent of all daily funds from HHR machines would go to the Public School Income Fund.

The measure allows for the owner of each venue license, to keep 9 percent of total daily funds.

So the math checks out. The 9 percent that the owners are allowed to keep is 18 times more than one half of 1 percent that would go to schools.

According to official 2015 numbers from the Idaho State Racing Commission, based on the one half of one percent annual percentage, Prop 1 would generate about $600,000 a year for schools.

What about the rest of the money?

Per the proposition, 90 percent of gross daily receipts would go towards payments to winning bettors.

The less than 1 percent remaining would be distributed to four other funds, including the Idaho Racing Commission and Idaho Horse Council youth programs, as well as track and breed distribution accounts.

The ad continues, "Idaho tried this before. The Idaho State Auditor found last time machines were legal, money promised to schools was taken away and misspent illegally."

We can verify that in 2015, money that should have gone to public schools did not.

According to a state audit of the Idaho State Racing Commission in 2015, a little more than $72,000 that should have gone to the Public School Income Fund was instead included in a distribution to two horse breeder associations.

Other money from HHR machines did go to public schools, but again that $72,000 did not.