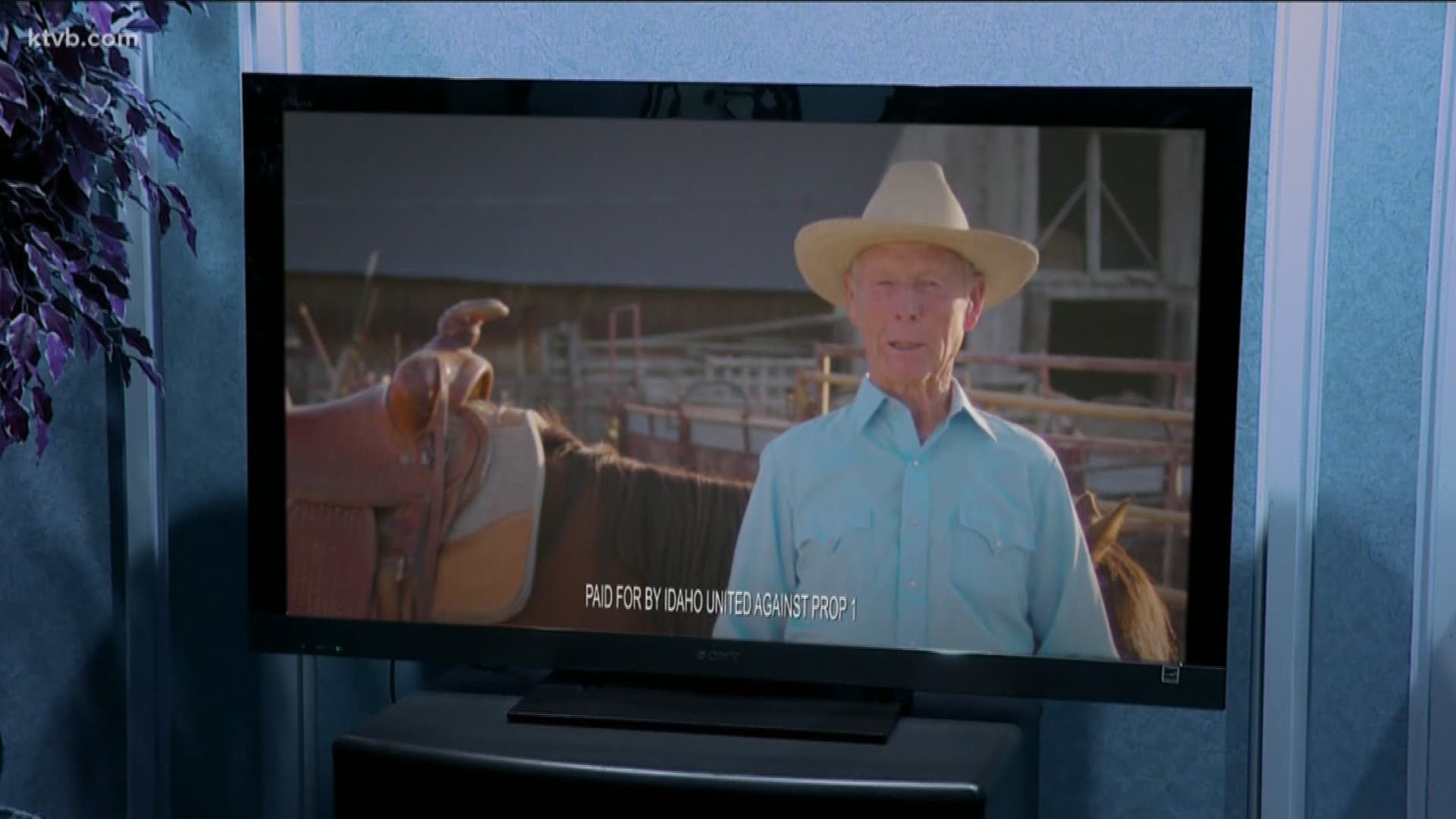 BOISE — The latest ad from Idaho United Against Prop 1 takes aim at the opposing campaign, Save Idaho Horse Racing.

The ad claims they are being deceptive. Are they?

First, a little background on the ad's narrator, Ken Andrus.

Andrus served in the Idaho State House from 2004 to 2016, and has long been an outspoken critic of historical horse racing machines.

In fact, in 2015 he was the House floor sponsor for the bill that ultimately ended HHR machines in Idaho.

Now, Andrus is the chairman for the group paying for this ad, "Idaho United Against Prop 1."

The ad first claims that "Supporters of Prop One are running deceptive ads."

This is in reference to an ad put out recently by Save Idaho Horse Racing.

As we've covered, that ad included an edited clip from our newscast, which changed the meaning of what KTVB’s Mark Johnson said.

That ad was pulled, and we reached out to Save Idaho Horse racing about the edited clip.

They responded with a statement that said in part:

"In no way did we intend to mislead; the original KTVB report did indeed verify that all our ad's claims were true and that was the point we were making. If you listen to the story, the original audio is ambiguous; we heard the anchor say 'that those claims are accurate.' Due to this misunderstanding, the campaign withdrew the ad."

The ad continues to say, "Prop One is an unlimited expansion of gambling statewide."

Prop One is not a blanket expansion for gambling, but it does allow for the unlimited expansion of historical horse racing machines at qualified venues.

According to the language in Prop One, racetracks that host at least eight live horse race days annually or places authorized to simulcast races would be eligible to house as many HHR machines as they want.

Andrus then goes on to say, "I know the people behind Prop One and they've made a lot of promises to schools and the racing community, but they take 18 times more money than schools get."

As we've verified before, yes promoters of Prop One would be given a piece of the HHR funds and it equates to 18 times more than what would go to the Public School Income Fund.

On that note though, the owners of Treasure Valley Racing, the group that operates Les Bois Park in Boise, have pledged to commit 100 percent of all net profits from racing operations – including profits generated from historical horse racing – to a foundation set up to serving rural communities across Idaho.

The ad wraps up saying, "Prop One is not about education, saving jobs, or saving the horse racing industry, it's about gambling "

Yes, that is true. It is about legalizing historical horse racing machines.