VERIFY: Is it legal for cyclists to ride side by side on Idaho roads?

If you're confused about Idaho's bike laws, you're not alone. KTVB's Morgan Boydston set out to Verify what's allowed and spoke with a Boise police bike officer and a bike activist group, Idaho Walk Bike Alliance. 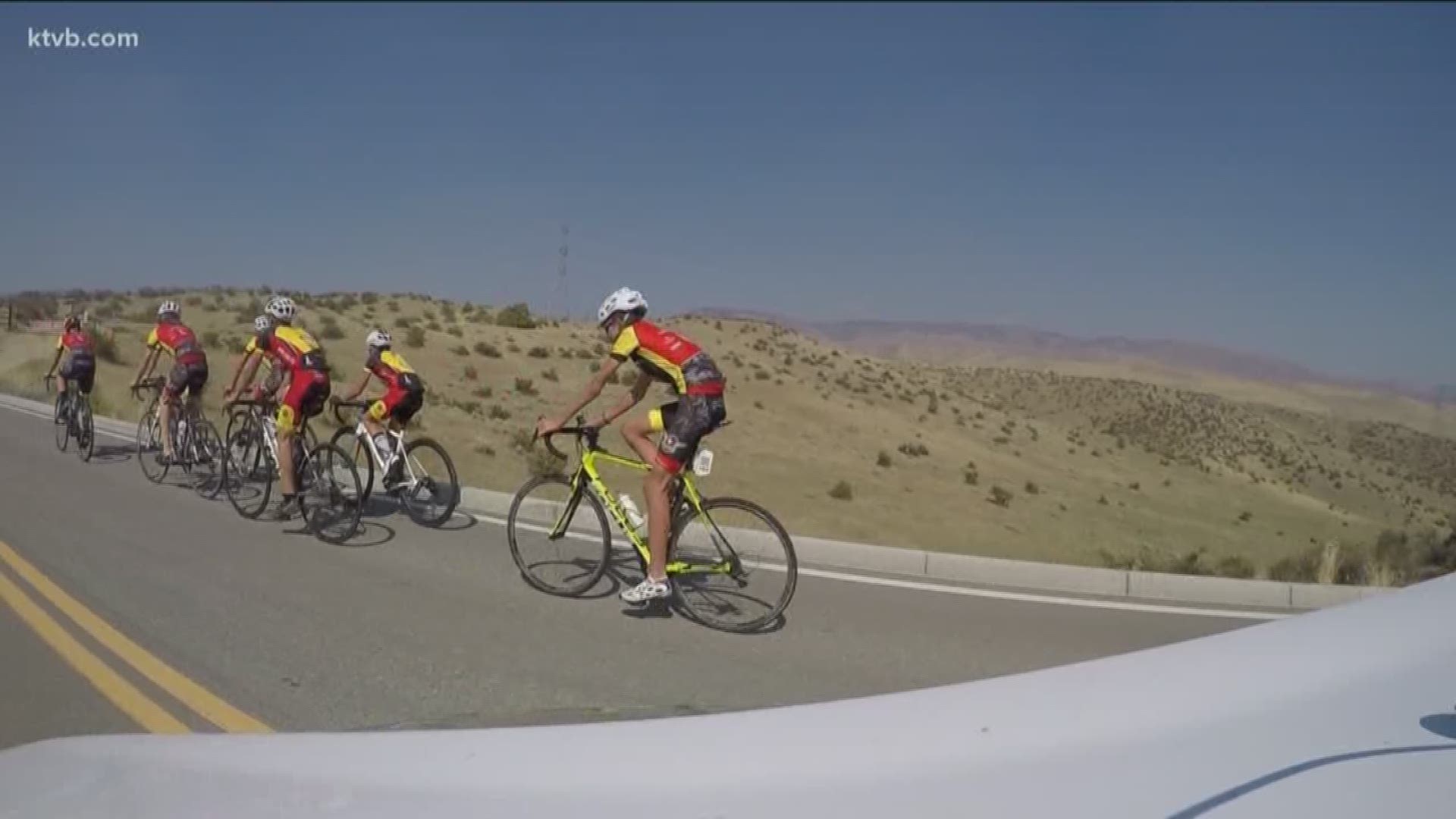 BOISE — If you’re confused about Idaho’s bike laws, trust us - you’re not alone. It can be a contentious and confusing dynamic, with frustrated motorists and cyclists having to share the road.

That frustration is growing as our area grows, and more people take to the roadways. A viewer sent us a question about our bicyclist laws that you might be wondering as well. She wanted to know whether it is legal for multiple bicycles to ride side by side on roads like Highway 21 and Bogus Basin Road. She wrote, "They do not move for cars and it seems like a danger. Slow cars have to pull over if they are slowing traffic but bicycles don't?"

“It is a contentious issue when you have two different types of vehicles essentially on a street sharing space,” Boise Police officer Zach Powell said.

“A lot of our roads in Idaho don't have designated places for walkers and bikers. They probably don't have a sidewalk, might not have bike lanes, might just be a two-lane road,” Idaho Walk Bike Alliance Executive Director Cynthia Gibson said, “That now with all the growth we're experiencing, there are a lot more users and types of users are on those roads. It's causing a lot of conflict.”

As a driver, you might know that feeling - that annoyance of being stuck behind cyclists.

“They irritate them, aggravate them, they hold them up, but they don't kill them,” Gibson added.

As a cyclist, you might be able to relate to the fear of not having enough space and protection from the cars around you, frustrated at their lack of courtesy.

"It's difficult to say who's in the right and the wrong but the one thing I can tell you is we're all sharing the roadway and we have to be at least vigilant for each other,” Officer Powell added.

In being vigilant, it's important to know the laws.

Credit: Mary Kienzle\KTVB
Can cyclists legally ride side-by-side on the road in Idaho, even if they are blocking traffic? We asked a Boise Police bike officer and a bike activist group, Idaho Walk Bike Alliance to find out.

“I think there's confusion because two people are sharing the same space. And in those laws they're not written as clear as they could be. So they do add confusion so there's a lot of debate on what each side or what each code means," Powell said.

Idaho law says cyclists can ride on sidewalks, but must adhere to pedestrian laws on the sidewalk and across crosswalks.

When they're on the road, they should be as close as "practicable" to the right-hand edge - with some exceptions. The 'Position on Highway' section of Idaho Code Title 49, Chapter 7 states: "Any person operating a bicycle upon a roadway at less than the normal speed of traffic at the time and place and under the conditions then existing shall ride as close as practicable to the right-hand curb or edge of the roadway except under any of the following situations:

- When overtaking and passing another bicycle or vehicle proceeding in the same direction.

- When preparing for a left turn at an intersection or into a private road or driveway.

- When reasonably necessary to avoid conditions including fixed or moving objects, parked or moving vehicles, bicycles, pedestrians, animals, surface hazards or substandard width lanes that make it unsafe to continue along the right-hand curb or edge.

- Any person operating a bicycle upon a one-way roadway with two (2) or more marked traffic lanes may ride as near the left-hand curb or edge of the roadway as practicable."

This law notes the word "practicable" means capable of being put into practice or of being done or accomplished, or feasible.

“I would encourage you to ride as far to the right as possible. Especially when we get into context of riding in groups,” Powell advised.

To Verify our viewer's question of whether it's legal for multiple bicycles to ride side by side: yes. But no more than two cyclists can ride next to one another unless the section of the road is exclusively made for more.

The law states: "Persons riding bicycles upon a highway shall not ride more than two abreast except on paths or parts of highways set aside for the exclusive use of bicycles. Persons riding two abreast shall not impede the normal and reasonable movement of traffic and, on a laned roadway, shall ride within a single lane."

“So cyclists are allowed to ride two abreast - they're allowed to ride together - but when they are slowing motor vehicle traffic down they are required to go into a single file lane," Gibson added. "They might not know that they're slowing traffic down. There's just an awareness of everybody on the roads, they have to be aware if they are slowing cars down. Common courtesy: move into single file, let the cars go past, then you can get back into two abreast and talk."

"The big thing is being observant, situationally aware, knowing vehicles are in back of you; so that's just peeks over your shoulder to see," Officer Powell told KTVB. "You do need to be aware, you do need to look behind you and make sure you're not impeding traffic and causing a hazard for those people around you."

Heed this, drivers: Slow down, don't honk your horn, be patient, and if you have enough space, go around the cyclists and give plenty of room.

“The thing we don’t want you to do is risk cyclist safety and don't risk going into oncoming traffic - that’s a risk to you. Sometimes it's frustrating but I think patience is probably safest for everybody on the road,” Powell added.

"A bicyclist is just like a car: they follow all the rules of the road except the Idaho Stop Law,” Gibson told KTVB.

Idaho Stop Law is likely the most confusing bike law for Idahoans, and many people - natives and newcomers alike - don't know it exists.

"So they come up, they stop, look to see if there is any oncoming traffic and if there isn't they're allowed to proceed through that intersection. Lots of confusion," Gibson added.

“It’s unique to us and it’s actually a blessing for those that commute on a bicycle,” Powell said. “I think it does help free traffic.”

"It removes cyclists from a conflict zone. It allows cyclists to get out of the way of the cars," Gibson added, "It improves safety for everybody and mobility for motorists too."

Boise has an ordinance that says drivers need to give three feet when passing a bicyclist. But in actuality, activists say that's not very wide. A driver should give more room - particularly when they are going faster.

For more information on bike laws, head to the Idaho Transportation Department's Bicycle and Pedestrian website.