If approved by Idaho voters in the November 6 election, historical horse racing machines would be made legal at certain places in the state where simulcast racing occurs. 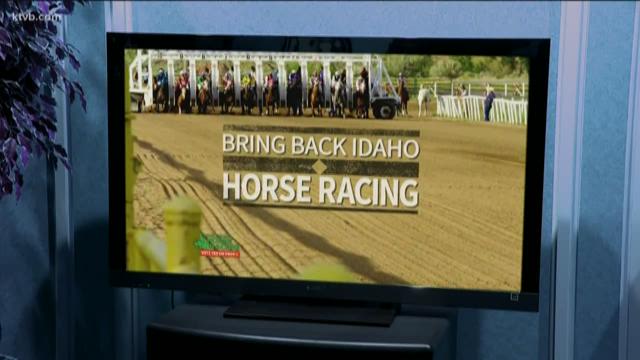 BOISE — A new ad from the Committee to Save Idaho Horse Racing is urging Idahoans to save horse racing by voting "yes" on Proposition One.

If approved by Idaho voters in the November 6 election, historical horse racing machines would be made legal at certain places in the state where simulcast racing occurs.

Also known as instant racing machines, HHR machines are electronic gambling systems that give players information and odds on horses and jockeys and then has them bet on the outcome of a random horse race that has already happened.

The television ad starts by stating, "The horses are off the track, thanks to the politicians when they killed off Idaho horse racing, along with the local jobs and school funding that racing provides."

This first claim in the ad is referring to action taken by Idaho lawmakers in 2015. To be clear, lawmakers did not make horse racing illegal. In 2013, The Idaho legislature passed legislation to allow HHR machines at race sites across Idaho.

That action was repealed though in 2015 by Senate Bill 1011 on the argument that HHR machines were no different than slot machines.

Members of the horse racing community say without the machines' revenue to fund race winnings and operating costs, horse racing was effectively cut off. In fact, Les Bois Park in Boise closed following the 2015 race season.

The advertisement continues, "Proposition One overrules those politicians and brings back Idaho horse racing. Meaning hundreds of jobs and millions in classrooms. All with full disclosure and independent audits, so the money goes where it's supposed to."

First on creating hundreds of jobs, a 2015 economic impact analysis done by Boise State verifies that is a reasonable claim.

The BSU report shows that when Les Bois shut down in 2015, 285 full-time and part-time employees lost their jobs, and about 200 other related jobs were also lost in the local racing industry. So, if HHR machines are legalized, and Les Bois gets up and running, yes, it could create hundreds of jobs.

On the claim that proposition one would generate millions of dollars for schools, long-term, it likely would. As stated in the official Proposition One ballot initiative proposal, one half of one percent of all HHR revenue would be deposited into the public school income fund.

Based on official 2015 numbers from the Idaho State Racing Commission, that annual percentage would generate a little more than $500,000 a year for schools. So, it may take a few years to get to "millions of dollars," according to past numbers, but over time it likely would.

In terms of full disclosure and independent audits, per Idaho law, all HHR machines and racetrack business would be audited and tracked by the state to ensure its integrity.