VERIFY: Do sewage systems back up during Super Bowl halftime?

Do so many people use the bathroom during halftime that sewage systems shut down? Do car crashes increase after the game? Let's VERIFY. 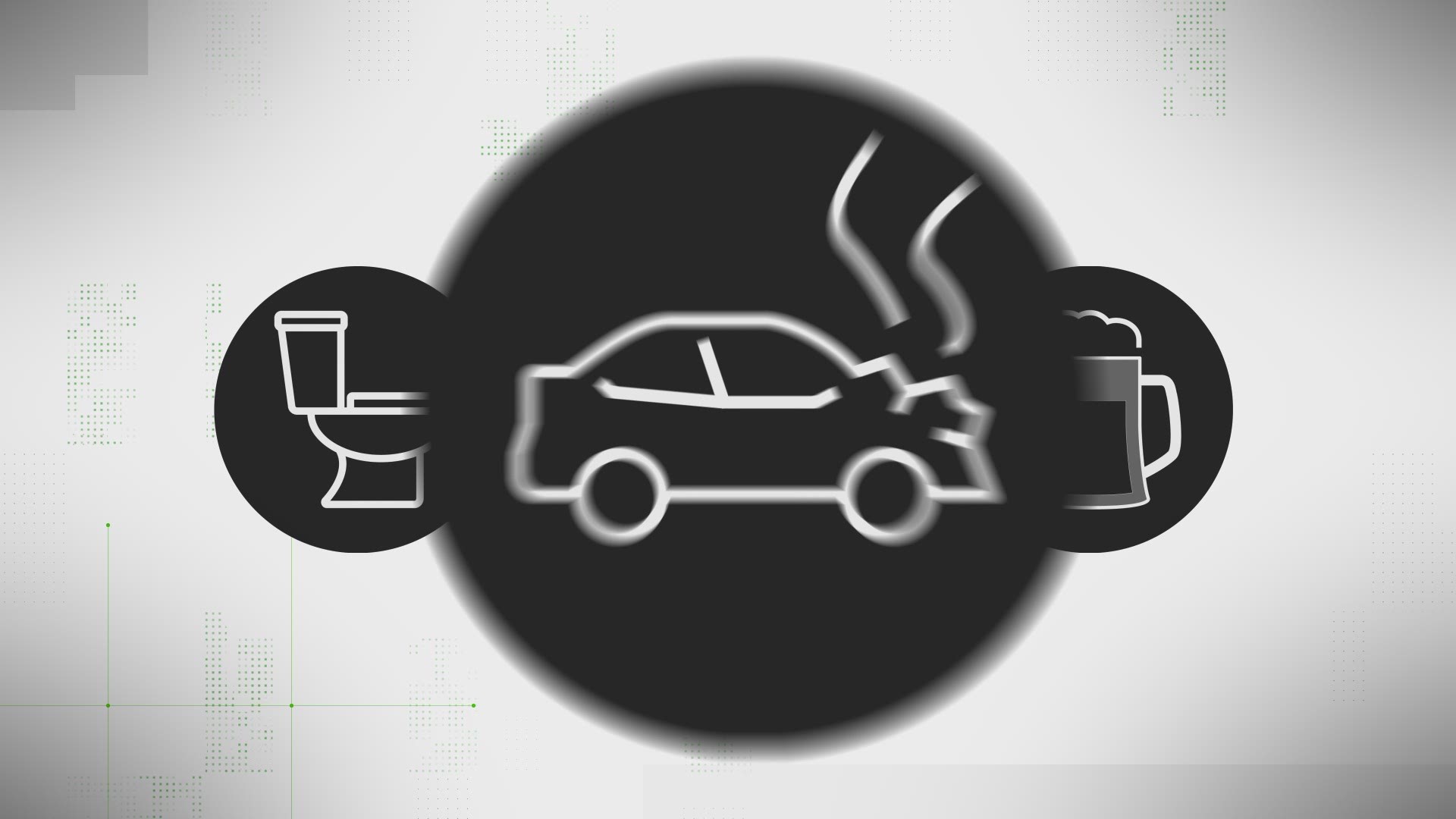 In honor of Sunday's big game, the VERIFY team took a deeper look into some of the most repeated Super Bowl claims.

Do sewage systems back up during Super Bowl halftime?

It has long floated around American lore that sewage systems back up during breaks of big television events.

It’s a simple idea. Everyone is tuned in watching the big game and when a break happens, they all rush to the porcelain throne.

In fact, the rumor is so closely tied to the Super Bowl that it has earned the title of the "Super Bowl Flush." However, is this rumor fact?

Do city sewage systems actually back up during the Super Bowl’s halftime?

No. If it does happen, it’s not very often.

A spokesperson for the National Association of Clean Water Agencies told Parade in 2010 that municipal sewage systems regularly handle spikes in water usage between 6 and 8 a.m. when people use the bathroom and shower before work.

Not even the city of Atlanta, which will host 70,000 people, is worried about sewage during the Super Bowl.

The commissioner of Atlanta’s Department of Watershed Management told Bloomberg that the city has more than enough wastewater treatment capacity to flush the extra load.

So why does this rumor still persist? Well, one often cited example of the Super Bowl Flush in action is from Salt Lake City, Utah in 1984.

A water main burst during the Super Bowl, and one of the people working for the city blamed the Super Bowl Flush for the incident.

However, the cause of the water main burst was never officially determined, and the city blamed the cold for three broken water lines that occurred at other times around Salt Lake City that day.

In fact, he doesn’t remember any increases or decreases in pressure when the water main broke.

Despite the evidence to the contrary, this myth refuses to be flushed away.

Are there more car crashes after the Super Bowl?

People across the country travel to bars, restaurants and friends' houses to watch the big game. And when the game is over, those people all head home at the same time.

There’s a regularly-repeated claim that as all those people go home, there’s a noticeable increase in car crashes.

Are there more car accidents immediately following the Super Bowl?

Yes, and this has been true over the course of years.

According to a study from the University of Toronto that looked at Super Bowls from 1975 to 2001, there was a 41 percent increase in car crashes in the hours following a Super Bowl.

The study found the worst time for car accidents was the hour immediately after the Super Bowl. During that time, the accident rate increased by 70 percent.

In addition, the study found an average of 24 people died on Super Bowl Sunday across the nation. The death rate was only 17 for other Sundays.

A more recent study conducted by the Auto Club of Southern California found there was a 77 percent increase in alcohol-related crashes on Super Bowl Sunday. The study used California data and measured Super Bowls from 2009 to 2013.

Multiple studies have found increases in car crashes on Super Bowl Sunday. When the game ends, it’s best to let yourself sober up before hitting the road.

Day of the drinks?

Seventy-nine percent of planned Super Bowl purchases will be on food and beverages. The average person will spend $81 on the Super Bowl.

But above all that, is it true that alcohol comes out on top?

Do alcohol sales spike before the Super Bowl?

Yes. According to Nielsen, there is a small spike in sales of several different types of drinks.

According to a survey conducted by Nielsen in 2016, alcohol sales increased in the week before the Super Bowl the two years prior.

In a separate 2018 report, Nielsen reported that $1.3 billion in beer was purchased the week before the 2017 Super Bowl. There were also $597 million in wine and $503 million in spirits purchased to equal $2.4 billion in alcohol sales.

While no public data exists on how much is typically purchased in adult beverages on any given week, Nielsen’s previous study suggests that number is higher than usual.