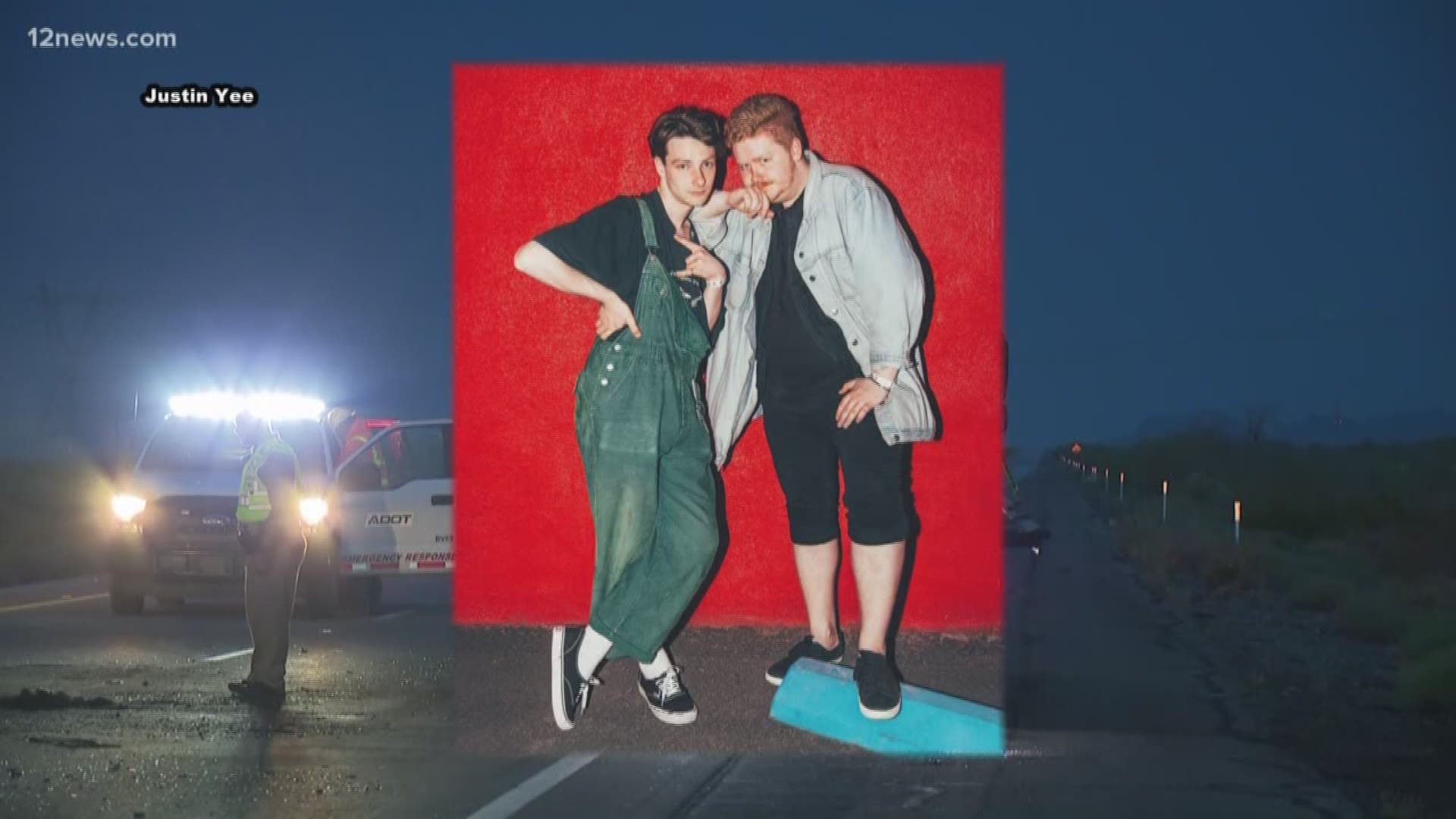 Two musicians from Liverpool were among those killed after a wrong-way crash west of Phoenix earlier this week. Raw video shows the aftermath of that accident.

The record label Heist or Hit posted on its Facebook page that Stephen Fitzpatrick and Audun Laading, members of the U.K. band Her's, died in the fatal crash that occurred March 27. The band's tour manager Trevor Engelbrektson from Minneapolis, Minnesota was also killed.

According to the posting, the duo was headed to a show in Santa Ana, California at the time of the crash.

"The world was at their feet. Everyone here at the label is overwhelmed and distraught," representatives from the label said in the post. "We have lost our friends and the world has been denied their talent."

The Arizona Department of Public Safety confirmed Friday that the band and tour manager were three of the four people killed in the crash.

PREVIOUS: 4 dead after fiery wrong-way crash on I-10 west of Phoenix

Her's performed their last show at The Rebel Lounge in Phoenix Tuesday night, according to the band's website.

Justin Yee saw the band play before they left for California.

"The fans were going crazy and cheering them to come back for an encore, and they ended up playing two more songs," Yee said.

"I just wanted to meet them, especially here in Phoenix. I think it was their first time coming through here, so I wanted to document that." he said. "They made you feel like they were your friends."

Credit: The Rebel Lounge
Her's performing in their last show at The Rebel Lounge in Phoenix. The band was killed in a wrong-way crash on the I-10 on their way to a show in California.

"It's super tragic," said Rebel Lounge owner Stephen Chilton. "Everything they were doing was really great, just a lot of buzz around that band. It's someone we really believed in. We were working to bring them to Phoenix more."

WATCH: Footage from the last performance of UK band Her's at The Rebel Lounge in Phoenix 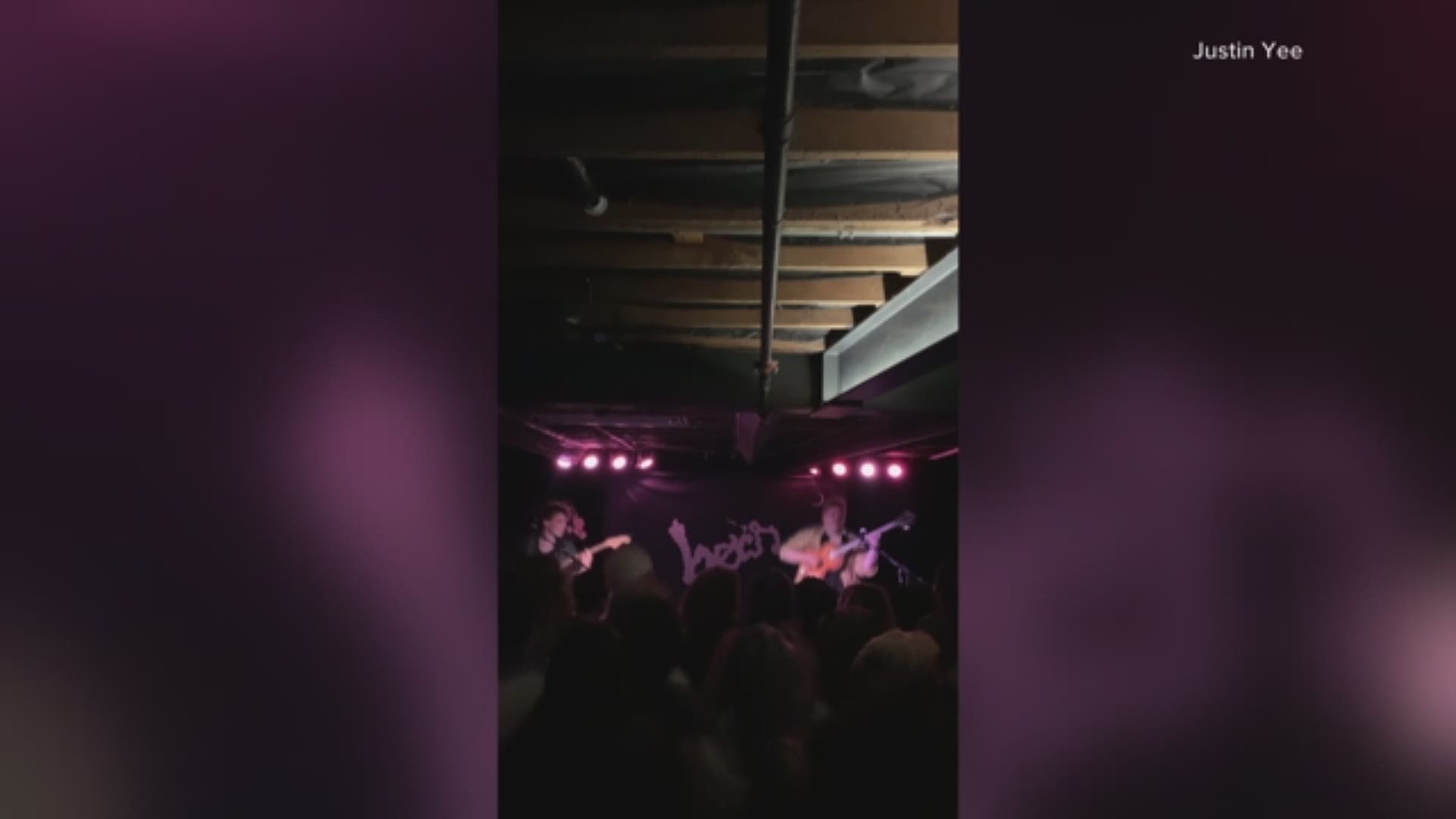 The venue took to social media to express its "deepest condolences" to the family and friends of the band.

"We were honored to be able to host them on their US tour," the post read. "We never thought it would be their last show, they deserved so many more."

The Rebel Lounge
It is with deep sorrow that we learnt of the passing of Stephen Fitzpatrick and Audun Laading of the band Her's and their tour manager Trevor Englebrektson. We were honored to be able to host them...

Authorities responded Wednesday to reports of a wrong-way driver on I-10 near Centennial, Arizona and said a Nissan pickup traveling east in the westbound lanes collided head-on with the band's Ford 15-passenger van near milepost 67.8.

A day before the fatal crash, the band posted on Instagram that they had a "sunset date with the Grand Canyon tonight."

According to DPS, there was no evidence to "indicate braking" by either driver prior to the impact. Both vehicles were engulfed in flames following the impact and an alcoholic beverage container was found among the debris from the crash.

The driver of the Nissan pickup, identified Friday as 63-year-old Francisco Rebollar of Murrieta, California, was also killed.

Her's was recently featured in a BBC Music special performing their hit song "Harvey" while on a boat in Austin, Texas for SXSW 2019.