The men became trapped when a trench they were working in collapsed Wednesday morning. 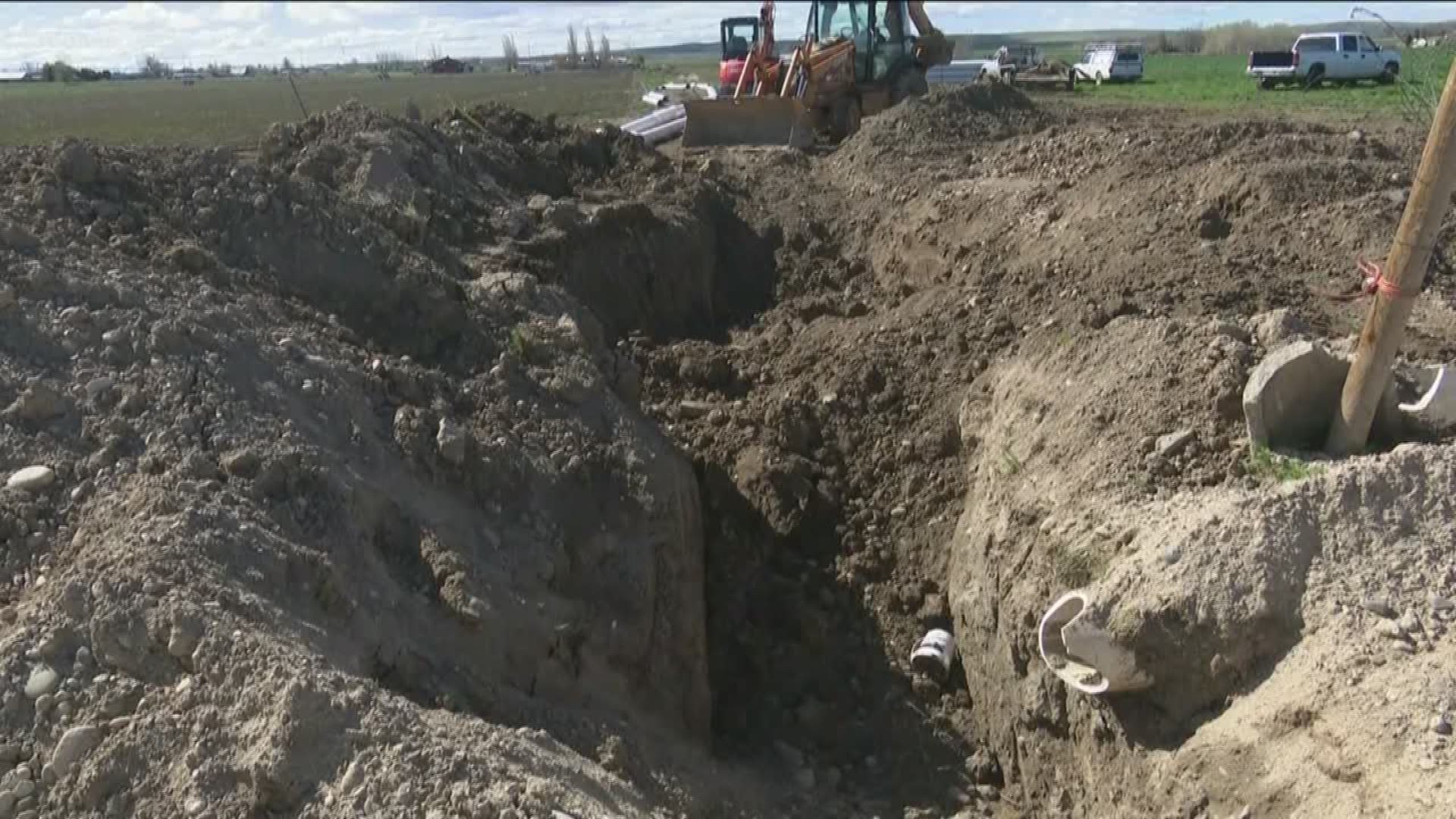 NEW PLYMOUTH, Idaho — Two men who were buried when a trench they were working in collapsed suddenly Wednesday morning have died, officials confirmed.

The incident happened at 8:36 a.m. on SW 1st Street, between Akron and Butte roads in New Plymouth.

According to Lt. Andy Creech, a third man was at the site operating a backhoe when the collapse happened. That person wasn't trapped.

The victims were installing irrigation pipes for a private company, according to the sheriff's office.

It's unclear whether the workers were using a trench box or any other sort of safety equipment. The Occupational Safety and Health Administration mandates that protective systems be used in trenches five feet deep or deeper, unless the channel is made entirely of stable rock.

Three fire departments, two highway departments, paramedics, law enforcement, and a private construction company were sent out to the scene to try to rescue the pair. According to the sheriff's office, crews were able to pull the men from the collapsed trench, but medics could not resuscitate them.

The sheriff's office has not confirmed which company the men were working for.

OSHA has been notified of the worker deaths, and is investigating.