This was second time Allsup has been at odds with the social media platform. 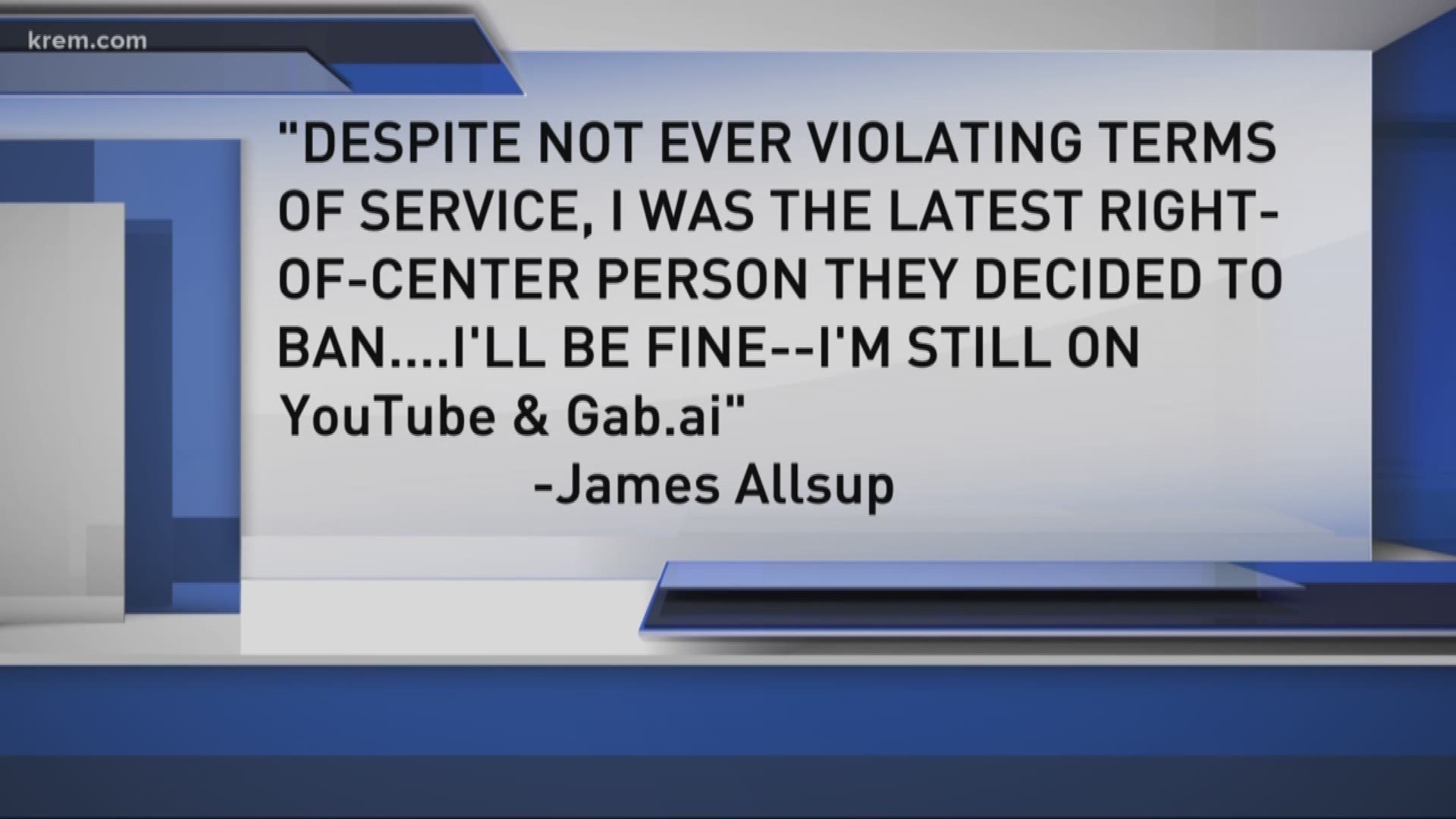 James Allsup posted a photo of the suspension notification to his Facebook December 25, saying “Merry Christmas!”

Allsup said he was suspended for violating the terms of service.

“Despite not ever violating terms of service, I was the latest right-of-center person they decided to ban. It's looking like they want the site to be an echo chamber for 'right' opinions,” said Allsup.

Allsup said he would be fine after the suspension because he was still on Youtube.

This was second time Allsup has been at odds with the social media platform. In November Twitter stripped Allsup and a handful of other far-right figures from their verification checkmarks.