Fittingly, the K9 statue looks over the human memorial, just like in real life. 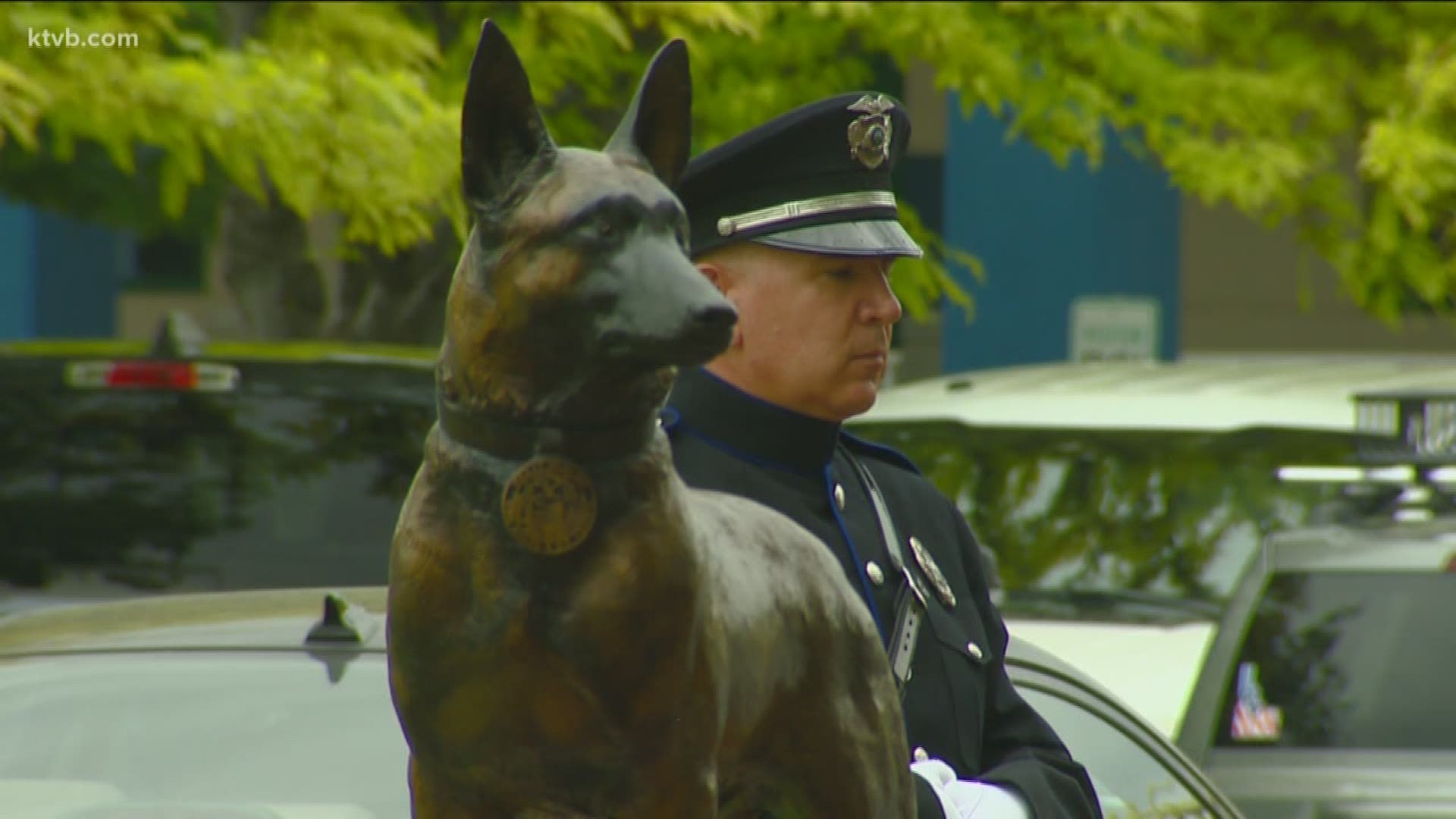 The monument, located outside Idaho State Police headquarters in Meridian, honors the K9 team members who lost their lives serving alongside their sworn police officers.

Three of the dogs' handlers took part the unveiling that many say is long overdue.

The Idaho Police K9 Memorial started being planned soon after Jardo's death in November 2016. Two officers were wounded by the same suspect that shot Jardo, including Cpl. Kevin Holtry, who said at the dedication ceremony that he owes his life to Jardo.

"[The shooter's] intent was to kill me and any other officer that was there that day, and by Jardo's actions, I know he saved my life," Holtry said as he fought back tears. "I'm proud to have known him."

Fittingly, the K9 statue that sits on top of the monument overlooks the human memorial, just like in real life.