'This is an opportunity to cement our district together': 3 candidates vie for Middleton superintendent job

The Middleton School District is close to finding its next superintendent. 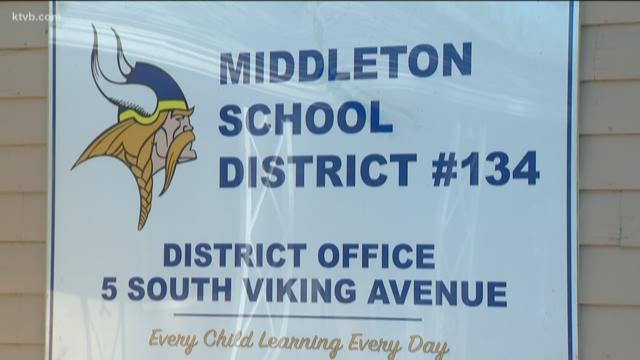 MIDDLETON, Idaho — The Middleton School District held a meet and greet on Tuesday for the three finalists who are vying to take over as superintendent.

The last superintendent, Dr. Josh Middleton, left the position in June. He said in his resignation letter that elected officials have been allowed to “create and foster a hostile work environment.”

Since then, the district has been searching for someone new to take over and steer the district back in the right direction after the board chose to not renew former high school principal Benjamin Merrill’s contract.

"This is an opportunity to cement our district together, so this is going to be a very important decision," Middleton High School Principal Brian Rothe said.

The meet and greet took place at the middle school. Each of the candidates were placed into separate rooms and the community could come and go as they please, asking questions directly to the candidate.

The three candidates are:

"I've been out visiting the area for quite some time," DeArmas said. "My husband is retired law enforcement out of LA County. My brother-in-law who lives out here is in Eagle. We've visited here several times and love the community.”

Each candidate said they were drawn to the position because of the reputation of the district.

“I feel like Middleton is very similar to where I grew up in Twins Falls, the farming community,” Reberry said. “And the culture, and how the community can come together for everyone, it felt like it was a good fit for me and for the community.”

“Middleton is an amazing community with a great history of great education,” Dillon echoed. “As an educator, why wouldn't you want to be here as a leader in education in this school district?”

All three candidates fielded questions, mostly from staff members during the day, about how they would try to unite the community and the district following the decision to not renew the contract of the former high school principal.

“I feel while there have been some things that have been hurtful or in some situations difficult,” DeArmas said. "There are so many things that are positive that outweigh those instances.”

The other two candidates had similar thoughts on the situation.

“Every district there is going to be someone or some situation that is not going to look or sound normal," Dillon said. "It shouldn't scare great admins away from districts. The foundation is here, and the great community support is here."

All three candidates admitted it would take some work to regain that trust but said they would work on doing that from day one.

"If you don't have trust those foundational pieces, nothing else can happen," DeArmas said. "That transparency and integrity is very important."

"I want to be a listener and I want to have an open door for the community, so we can move forward on the right page,” Dillon said. “And we have to build the trust back, we have to do it one day at a time. We're not going to do it in a week or a month, it's going to take us some time to get it back.”

"I would want to work with community members as well as teachers and admin, and the school board and everyone needs to come together,” Reberry said.

Another issue all three candidates addressed was about the growth. Middleton School District has tried to pass a bond three times that would fund a new elementary school as well as improve security and provide other upgrades, but each time it has failed.

All three candidates said they would turn to the community and be transparent about the needs, and involve everyone so the community as a whole can decide what to do when it comes to building new schools and getting bonds passed.