Youth and school football organizations credit the drop to parental and player concerns over short and long-term impacts of head injuries, along with kids having more options for sports and activities. 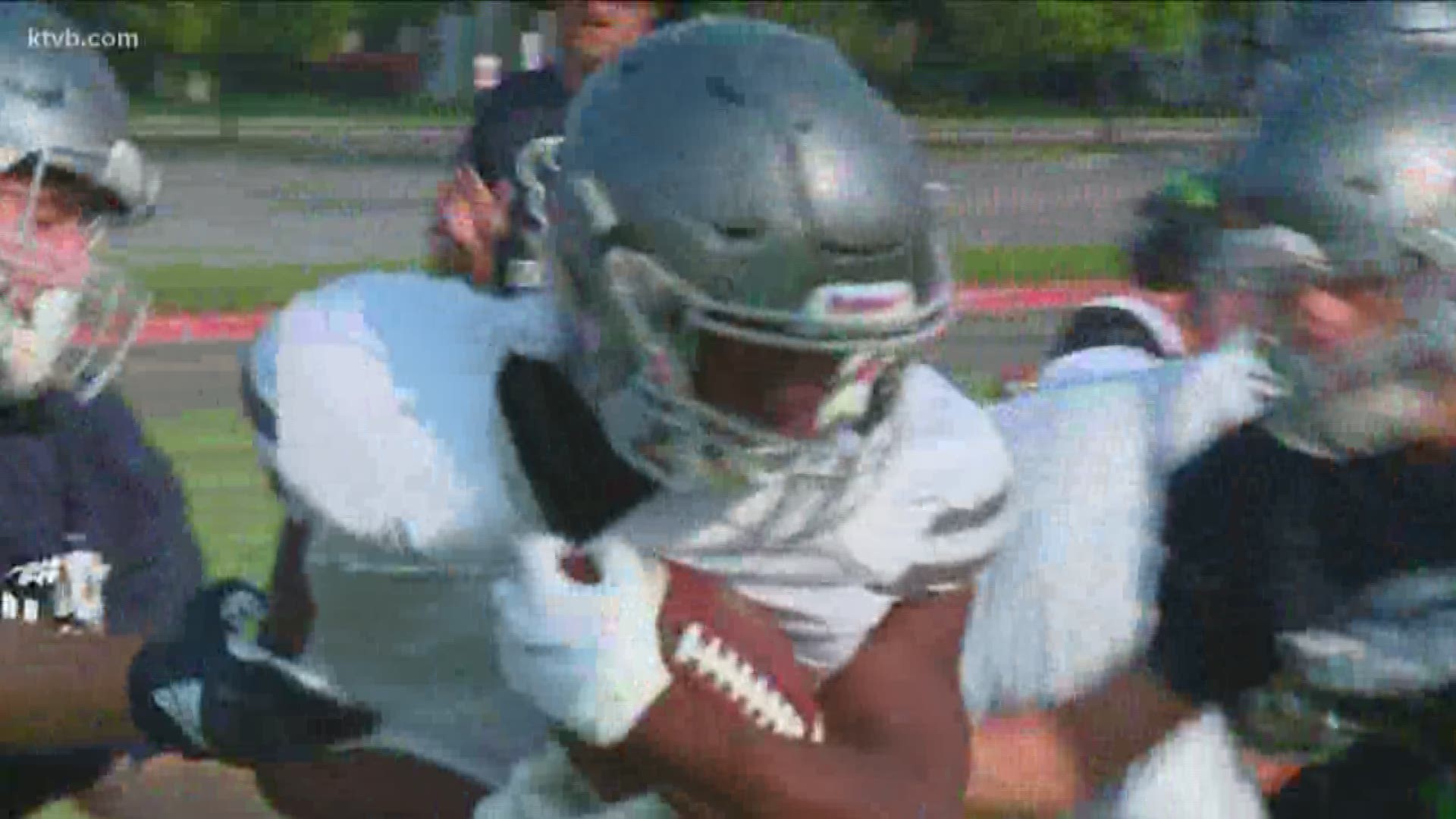 BOISE, Idaho — Concerns over injuries in youth and high school football programs are contributing to steadily declining participation rates across the country. Idaho is no exception.

Idaho High school Activities Association (IHSAA) says over the last decade, participation is declining by about 50 kids a year across the state.

Optimist Youth Football says in 2013, they had 1,950 kids involved in the program in the Boise-Meridian area; last year they had about 1,200.

Both organizations credit it to parental and player concerns over short and long-term impacts of head injuries, along with kids having more options for sports and activities.

The game of football was once ingrained in Colin Nash’s life.

“I played middle, high school and a year in college,” Nash told KTVB. “It taught me a lot of life skills and it was a very valuable part of my upbringing.”

But today, Nash doesn't want anything to do with it.

"I don't think there's any way that football can be made safe,” he added. "It's more scary these subconcussive hits, we can't even see what's happening."

Nash believes a former football player he knew was showing signs of CTE when he took his own life – a pivotal point in Nash’s life and outlook on the sport.

Now a father of two, he won’t let his kids follow in his own football footsteps.

"With some of the research that's come out about CTE and its long term impacts on people it's just something I don't feel comfortable allowing my kids to play,” Nash told KTVB.

Those same concerns among parents are leading to declining participation rates in high school and youth football in Idaho.

He and others attribute part of that to kids having more options for activities now.

“As kids become more specialized they have to make choice,” Moore said.

“I also think a reason why, specifically with football, the rates are declining is that kids have a lot more options now when it comes to what sports they can play in and what time frame they can do that in,” Derek Kunz, a sports medicine physician at Saint Alphonsus, said. “Now whether it's soccer or basketball, whatever sport, they can pretty much do that sport year-round and they don't have to choose something different in the fall as opposed to the spring.”

But they acknowledge most of it is because of awareness and publicity surrounding concussions and impacts of head injuries.

“We just don't have those kinds of injuries, no youth program does. They aren't big enough, fast enough, they're not having those kinds of situations come up,” Moore told KTVB. “It’s hard to compare what's happening to a pro or even college athlete against the youth.”

IHSAA says rates of concussion are highest among football players - at about 11 percent - aligning with the national average. Because it's a high contact, collision sport, head injuries are apart of the game.

From youth football all the way up to pros, Moore and Jones say the game is much safer today than it's ever been, as national and local organizations and programs work to take the head out of tackling as much as possible.

"We are doing everything we possibly can to be safer, the training, the techniques we're teaching are so much different,” Moore said. “You got to eliminate the amount of live contact. So you are never going to get it out of the game but minimize the amount in practice, have better practicing techniques, build more on fundamentals.”

Moore says USA Football is pushing the concept of “heads-up football”, a relatively new teaching technique that’s evolving but teaching coaches and players how to tackle and practice better and take the head out of the equation.

"Our coaches in our schools have worked extremely hard to implement practice programs and plans that eliminate the amount of hits kids have throughout the course of the week,” Jones added. “We made some changes over the last few years that have taken out certain plays in football that potentially have higher incident rate of injuries.”

Moore and Jones say targeting rules are getting much stricter, and kickoffs are being removed from some play due to the rates at which they cause injury.

It’s important to note that helmets and padding can cause a false sense of security, Dr. Kunz adds. He says when we put protective gear on someone’s head, it usually makes them use that as a weapon, thus increasing the risk of concussion. Any type of helmet or headgear does not prevent concussions.

Moore says out of the 2,000 helmets they store at their facility they send between 10 to15 percent of those off to be re-certified each year. Five years ago, he says Optimist spent more than $53,000 to replace any questionable helmets.

"As far as an actual causative effect that concussions are going to lead to this I don't think there's any strong data to support that. But there is concern, again, that if young children are having concussions over and over again are they going to develop depression, difficulty remembering things, troubles with memory, school, with their behavior. That's a concern. And there does appear to be some association, but a direct cause and effect we just don't know that,” Kunz said.

"I can't say with 100-percent certainty, but what I could say is there does appear to be some correlation. It's common sense if you continually hit someone in the head, common sense should tell you that the potential for a head injury is much greater than if you're not getting hit in the head," Jones said.

Dr. Kunz says in the past concussions weren’t necessarily something our society thought about unless it was severe. Now, he says, our awareness is increased and they are treated much more aggressively than.

“With concussions, we know that if it's an injury to the brain and it’s not dealt with properly then there can be long term consequences, whether it's memory loss or headaches or depression or other psychiatric problems. It's a major concern,” he added.

Dr. Kunz says if concussions are treated immediately and appropriately, and kids follow a "return to play" protocol, they should bounce back. Their protocol is typically five days, and Kunz says most kids diagnosed with a concussion are back to participating in the sport within three weeks without any prolonged headaches or memory issues.

An individual will face serious ramifications if they sustain back-to-back concussions before fully healing. It could cause major long-term side effects, and in severe cases, death, Dr. Kunz says.

“I don't think the answer is to not let them participate. And obviously, football is a major concern because it’s one of the more popular sports, and being more high contact we associate football with concussions,” he added.