El Chalan has continued the old ways of ferrying people between two countries for nearly 70 years. 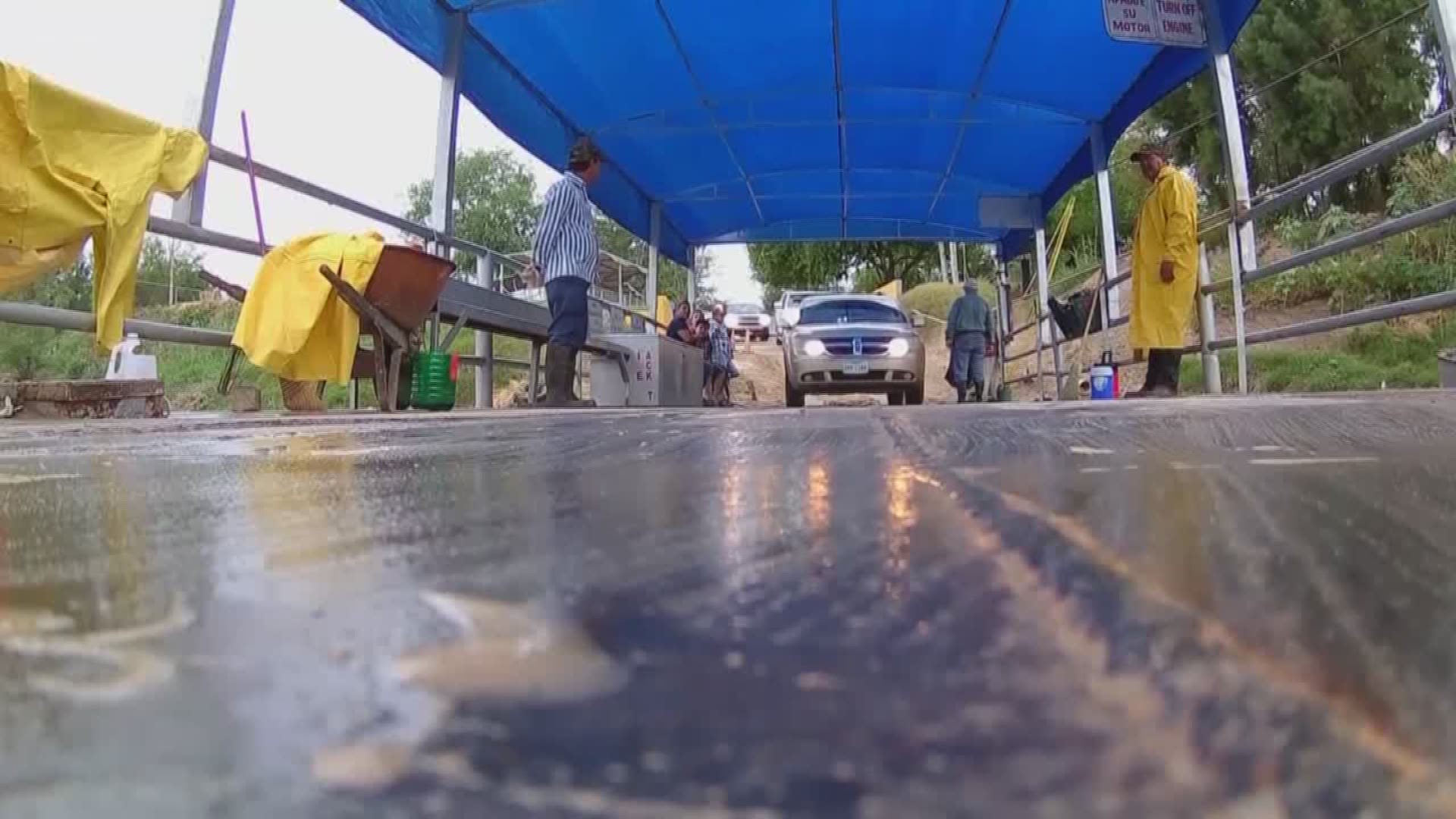 LOS EBANOS, Texas — Visitors from all corners of the country want to see it for themselves. Most cherish it as a piece of history but, for locals, it’s the symbol of long-lasting ties between two nations. A small floating vessel that ferries people and vehicles across the Rio Grande.

“This is the last one in the international border. The last hand-drawn ferry,” said Customs and Border Protection Rio Grande City Station spokesman Hector Ramirez.

Officially, it’s called the Los Ebanos ferry but, for decades, the locals have called it El Chalan, or, El Chalan De San Miguel. Ferry operators pull the ferry back and forth across the river using a suspended cable attached to each end of the ports.

Credit: KENS
Ferry operators pull on a cable to move El Chalan back and forth between the US and Mexico

Those who often use this ferry are families that have lived in the border communities of Gustavo Diaz-Ordaz, Mexico, and Los Ebanos in South Texas.

“I used to live – during my childhood – in Mexico in this old town. But most of my life I lived in Austin, Texas,” said Rodriguez. “I never thought I was going to end up working here.”

Apart from Rodriguez’s usual customers are visitors from afar. Mainly Winter Texans and Canadians, most of whom are retired and often like to visit El Chalan for its historical value.

Donald and Rachelle Bartraw are Canadians who’ve become Winter Texans. They make it their mission to introduce El Chalan to their guests from out of town.

“Every time I get on I help them pull the rope,” said Donald. “When I was a kid I used to watch a lot of western movies and you’d see them pulling a boat like this and I said, ‘I’d try that somewhere,' you know? I came out here and I got to do it.”

Over time some things about El Chalan have never changed. Whatever has, it’s been for the better.

When the official Los Ebanos border crossing opened in 1950, El Chalan -- meaning horse dealer -- was built out of wood and had no covering. Now it has a steel base and a few other improvements made over the years -- mainly safety regulations to avoid cars from sinking in the Rio Grande.

El Chalan is a piece of history surviving when other international ferries have been slowly phased out.

“This was an ancient river fort that was used by the Native Americans to cross,” noted Ramirez. “The early Spanish explorers used this area to cross. During prohibition, this was a real hot spot. People would smuggle liquor, molasses and other things through here.”

But just like any border crossing, CBP must inspect people and vehicles for legal trade and travel.

“We are checking vehicles, we are quarrying the people, we make sure that proper documentation is presented,” said Ramirez. “We have to be alert to everything. We never know what’s going to try to come through. People say, ‘Wouldn’t it be better just to make a bridge?’ But look at it. This is so calm, so peaceful. Do you really want to change this?”

Change would be hard for these two communities who have grown with El Chalan. It’s become a symbol the locals identify with.

“The ties that bind the U.S. and Mexico together is all held by this one tree,” said Ramirez, talking about a centuries-old ebony tree with the ferry cable wrapped around its trunk. “That’s something to think about.”

“It’s nice. It’s something you knock off your bucket list,” said Rachelle. “[I’ll] probably come back again next year.”