A 47-year-old California man was found dead Monday. On Sunday, a Portland man died after a snowboarding fall. 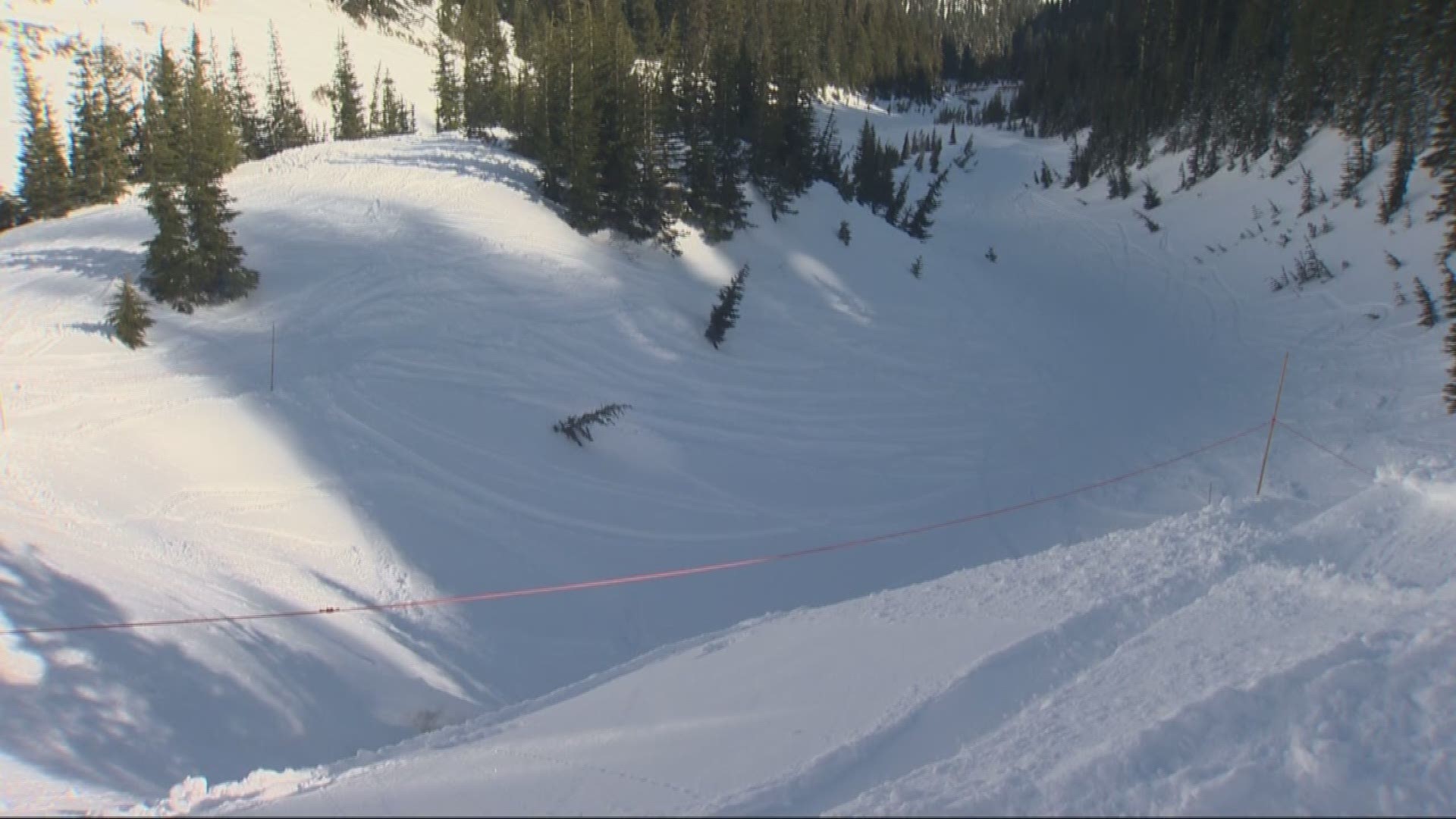 MOUNT HOOD, Ore. — A 47-year-old California man who had been reported missing when he didn't return home after a work trip to Oregon was found dead in Heather Canyon at Mount Hood Meadows Ski Resort on Monday.

This is the second death in Heather Canyon in the past two days. On Sunday, a Portland man died after a snowboarding fall.

Family members of Tim Bauters contacted the Hood River County Sheriff's Office on Monday after he failed to return home to Sunnyvale, California after a work trip to Oregon. Family members told authorities they'd last communicated with him at Mount Hood Meadows on Friday. They said he went to the resort multiple times during his work trip, and said he was snowboarding alone.

Members of the Mt. Hood Meadows Ski Patrol found Bauters' vehicle, which was still on site. Resort security was able to narrow Bauters' last time and location from his lift scans.

The Hood River County Sheriff's Office launched a search and rescue aircraft to find Bauters. Ski patrol crews found his body a creek hole near a small waterfall in Heather Canyon at about 6:15 p.m.

Then "additional information" was provided to Meadows over the weekend, allowing them to narrow down their search and recover Bauters' body, .

"He was in an area where we have some open water and each of those open water areas there's waterfalls back in there. We rope off the entire thing leading up to it and the edges so you don't go in there. Unfortunately he went underneath the rope line and accessed into that area," Pack told KGW. "I can't say whether it's intentional or not. You know, never ever cut a rope line, they are there for a reason. They are there to protect you from going into areas you shouldn't be in."

"He wasn't located until yesterday evening so we don't really know the circumstances there. I think we can only guess," Ives told KGW, "It's just a tragedy in that particular situation because we don't know if it was possible if help had been nearby could anything have changed that situation? We just don't know yet."

Pack tells KGW nothing indicates conditions played a factor in his death. Heather Canyon is closed frequently to protect skiers and snowboarders. It has been open for the past few days and will remain open.

When asked if there is anything the ski resort can do to prevent future deaths, Pack said ski patrollers are out trying to educate people about skiing and riding within their abilities. As for difficult, steep, advanced terrain, it's managed by the opening and closing of access gates.

"If conditions are great back there and we have it controlled, avalanche controlled and everything is roped and signed off, we will open the terrain. But there are times we have it roped off and you shouldn’t go in and that’s where we need people's help to make sure they don’t go into those areas," Pack added.

Skiing or snowboarding in groups is safest. Should anything happen, there is always someone around to contact rescue crews.

"Even though there are a lot of people that ski and snowboard up there regularly and are able to do so safely it’s still at its core a sport that carries some danger. And even when people are prepared things can happen sometimes, falls and that kind of thing," Ives said.