The excessive heat causes people to run their air conditioners longer than usual and can put heavy demand on the electrical power which can cause power failure. 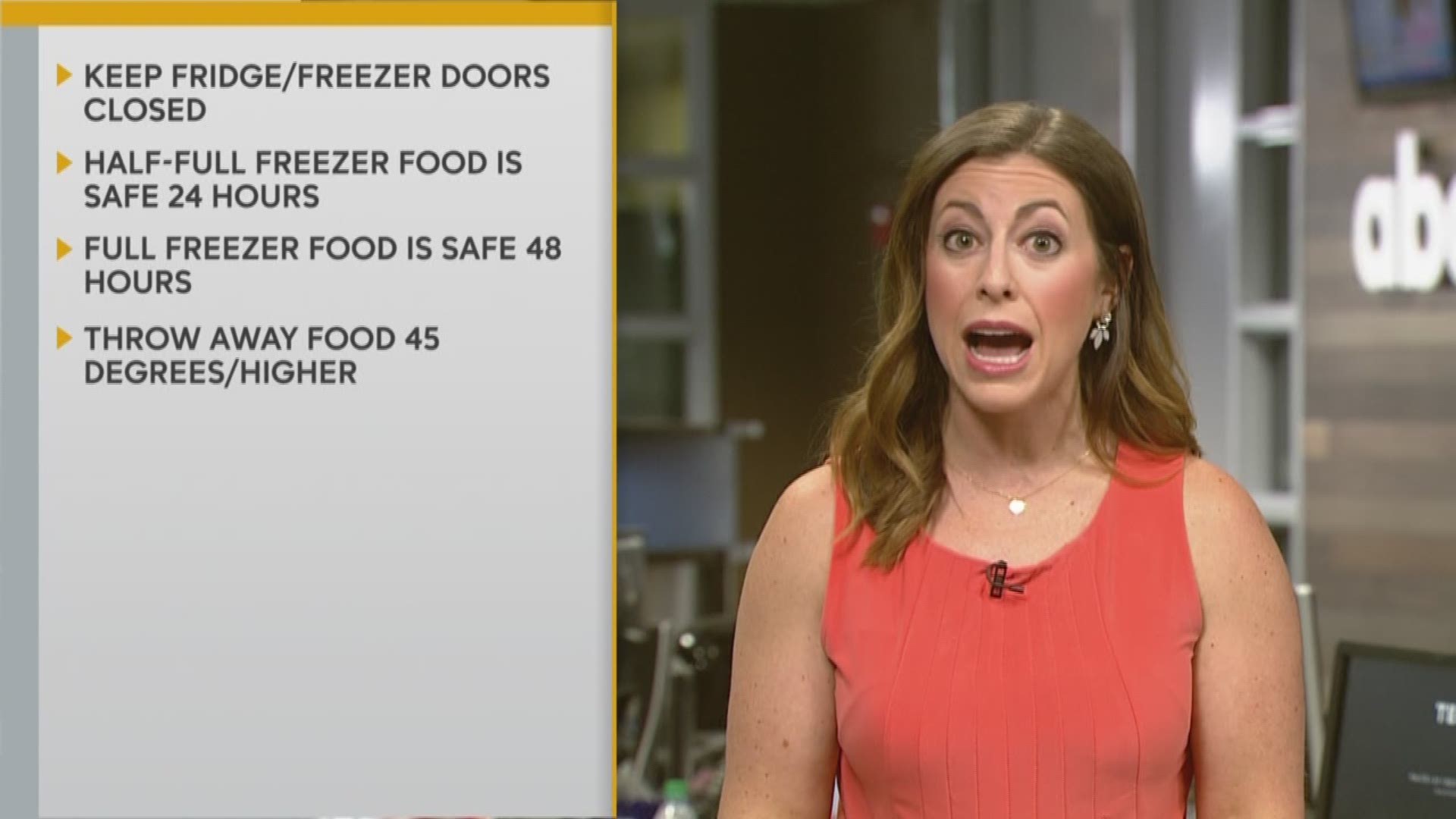 The excessive heat causes people to run their air conditioners longer than usual and can put heavy demand on the electrical power which can cause power failure.

Experiencing a power outage has the potential to be over in minutes or up to hours, depending on the damage. So what should be done during that time span?

Many of us worry about food inside the refrigerator and freezer, along with other items. The California Department of Public Health (CDPH) provides safety tips that should keep you informed in case the situation arises.

Tips for food if power is out longer than two hours:

According to the Safe Electricity website, keeping items like flashlights, candles and matches, when the lights are out there's options to help see around the house.

When the electricity is eventually restored, unplugging appliances during the outage that have electronic components, like microwaves, televisions and computers will help eliminate damage from potential voltage surges.

Also, when inside during the day without air conditioning use fans or open windows to combat the heat as much as possible.

The CDPH recommends if water purification systems are down when an outage hits, then bottled or treated water should be considered safe water for drinking, cooking and personal hygiene.

Bottled water can be used as previously stated, but make sure it came from a safe source. If you're unsure of it's origin then boiling it is an option which is a preferred way to kill bacteria, parasites and more that's harmful.

Also according to CDPH, your local health department has the ability to make specific recommendations for boiling or treated water in the area you reside.