Rescue response delayed for woman treed by wolves in Washington

The wolves are part of the known Loup Loup pack. 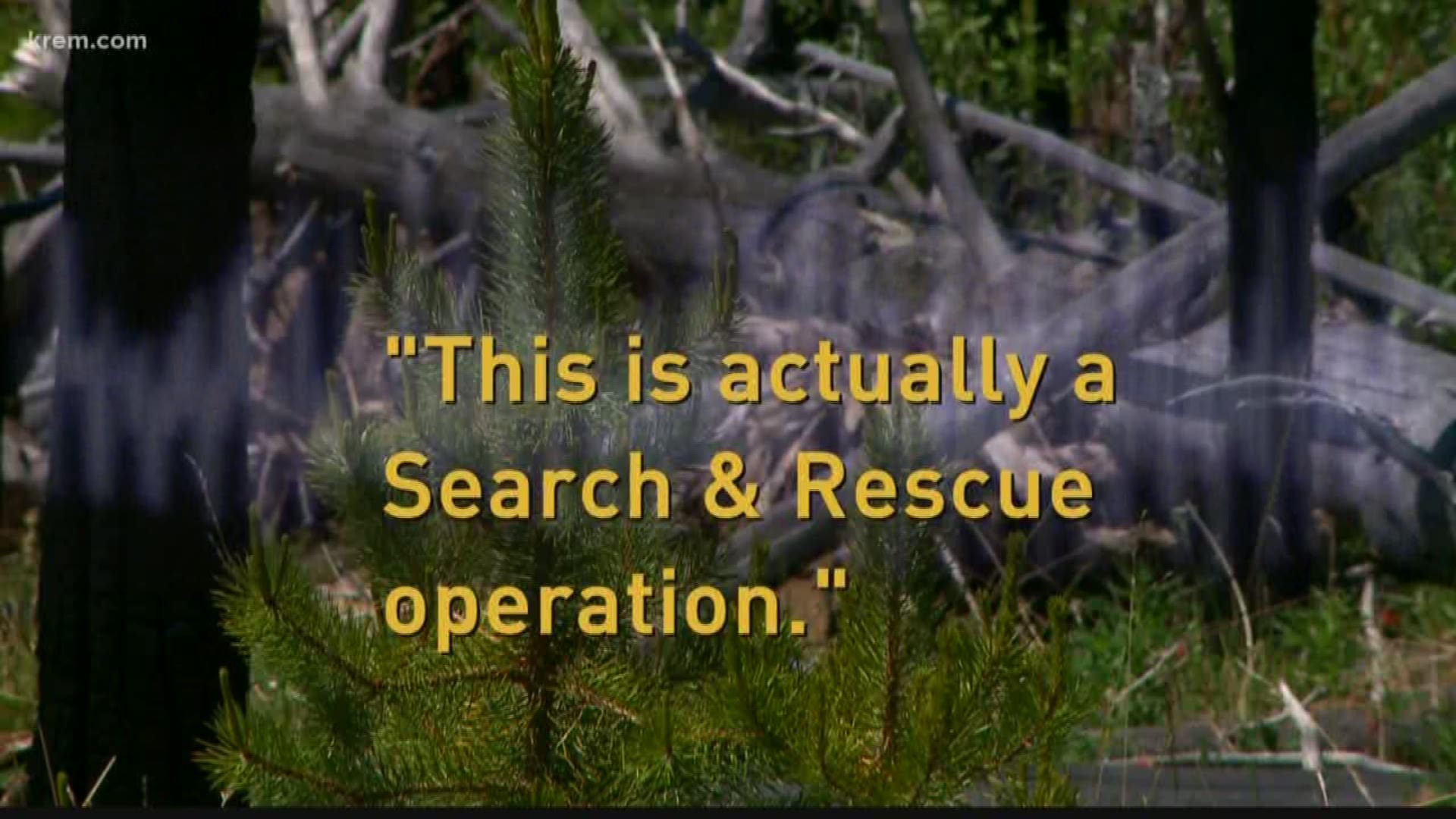 OKANOGAN COUNTY, Wash. – Officials said the wolves who surrounded a young woman in Okanogan County, forcing her to climb a tree for safety, in July were part of a known wolf pack.

The wolves are part of the known Loup Loup pack. It is believed there are six to eight wolves in that pack. According to a map from Fish and Wildlife, experts believe their territory may be changing.

The entire area where they were spotted is very remote, but it is well known. It is heavily used by campers, hikers, and hunters.

The good thing is, the woman who encounter the wolves was safely rescued. However, when we were initially told it took 14 minutes to get to her. It turns out, that's not exactly what happened.

There was a great deal of confusion as Okanogan County dispatchers tried to launch a rescue operation. They said they kept getting met with resistance from the state. As a result, that young researcher sat in a tree, surrounded by a pack of wolves for over an hour.

Search and rescue crews were told by Washington Fish and Wildlife to stand down. Dispatch documents show how the WDFW repeatedly told the county not to launch a helicopter, saying the wolves are a federally listed species. Dispatchers responded saying they were more concerned for the woman's life, than the listed animal. Fish and Wildlife officials responded by saying the woman is safe up in the tree, and that the wolves are doing what they are supposed to do. At one point they asked what she was doing there, since it was a known den.

This is important because it shows Fish and Wildlife knew the wolves were there and knew there was a den. Wolves will act more aggressively if they are protecting food sources, or young pups in and around their den. If Fish and Wildlife knew they were there, some are questioning why the rest of Okanogan County authorities were not informed as well.

The dispatcher told him they did not know how safe she was, how strong the tree was, if the limbs would hold her, or how much longer she could hold on. Again, the county rescuers said they had launch approval from the Forest Service and questioned why WDFW was trying to keep them out of the area. In the end, it was a DNR helicopter that landed and then flew her to safety.

There is now a renewed wolf conversation in Okanogan County. Just this week, the Okanogan County Sheriff Frank Rogers said he met with officials from state and federal agencies, as well as county commissioners, to talk about how to better handle the wolf situation in his county. He said he just wants to keep people safe, by letting them know that wolves are now in the area.

Rogers wants signs posted at area campgrounds, and trailheads, so visitors know to carry protection with them, whether it be bear spray, or a gun. He said Fish and Wildlife promised to start informing county commissioners about pack activity in the county and also promised to start putting up those signs, letting people know of the possible dangers. So far, they did not offer a timeline on when those signs will get posted.