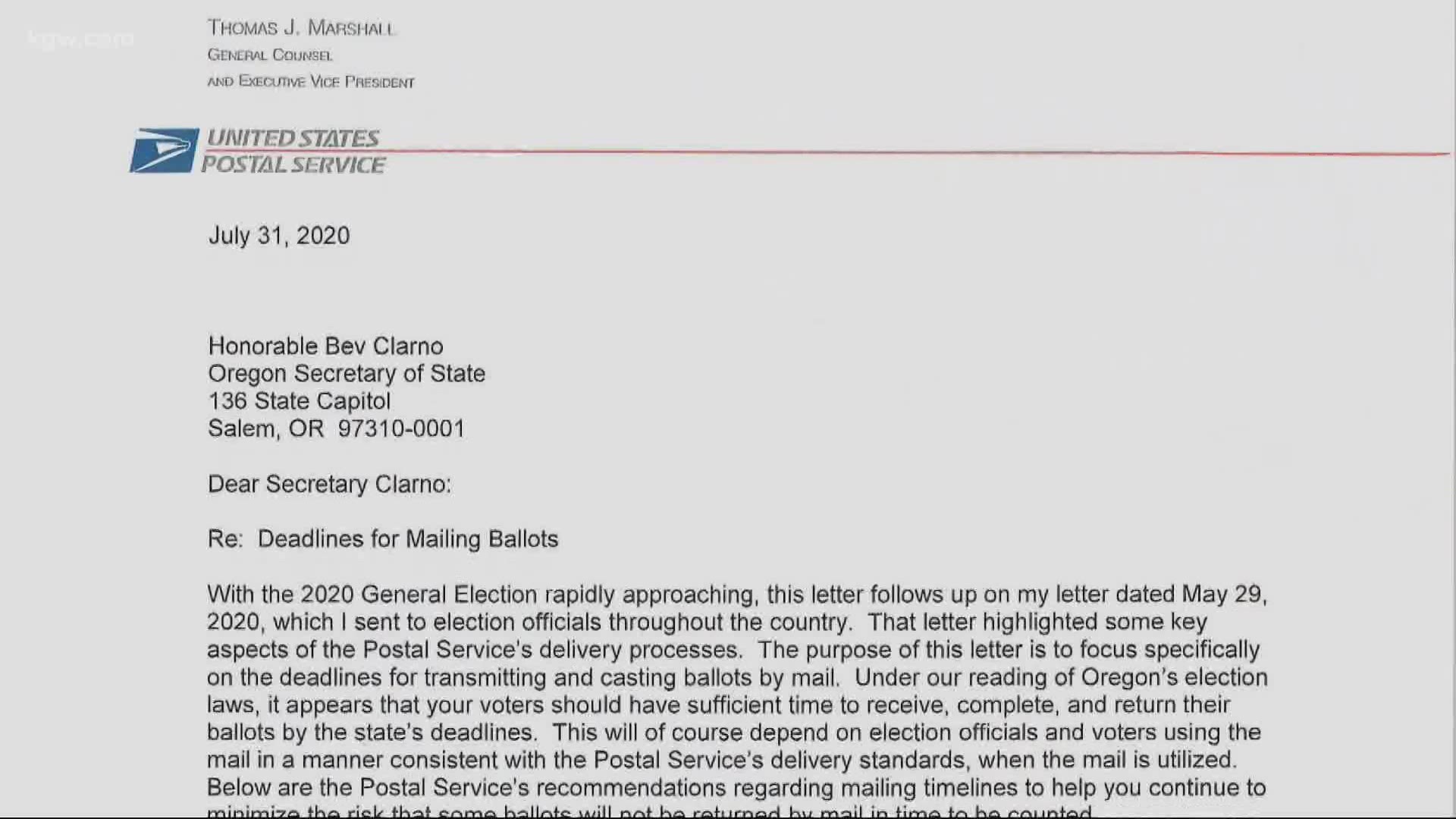 PORTLAND, Ore. — The U.S. Postal Service (USPS) has warned election officials in Oregon, Washington and many other states of potential mail-in ballot delays. In a letter sent to Oregon’s Secretary of State in July, the general counsel for the postal service suggested the agency may not be able to meet deadlines for delivering last-minute mail-in ballots.

In response to the warning letter, Oregon Secretary of State Bev Clarno said election officials are working with the postal service to ensure they are ready for November.

“Fortunately, Oregon has two decades of experience working with our local contacts at the United States Postal Service and has an excellent partnership with them to ensure ongoing support for our elections,” said Clarno in a written statement. “We will of course continue to work with them and monitor any potential impact to both the mailing out of ballots to voters and the return of ballots.”

Multnomah County Director of Elections Tim Scott said his office may consider changing the recommended deadline for putting ballots in the mail. By encouraging people to send them in earlier- it would ensure ballots arrive on time.

“If we have to adjust our messaging to account for service changes within the postal service, we will do that,” said Scott.

The potential delays come as USPS is undergoing cuts to its operations. Postal workers complain that processing equipment has been removed from some facilities and there are new restrictions on overtime, both of which slow mail delivery.

“It’s deliberately being left, sitting in a processing center, sitting on a dock, not being taken to the station or being left at a station, day after day, night after night,” Daniel Cortez of the American Postal Workers Union warned.

“His effort to underfund the post office is all about making it hard to deliver ballots,” said Merkley.

This comes after accusations the removals would further limit some voters ability to send back mail-in ballots.

VERIFY: Are USPS mailboxes being removed from Portland streets?