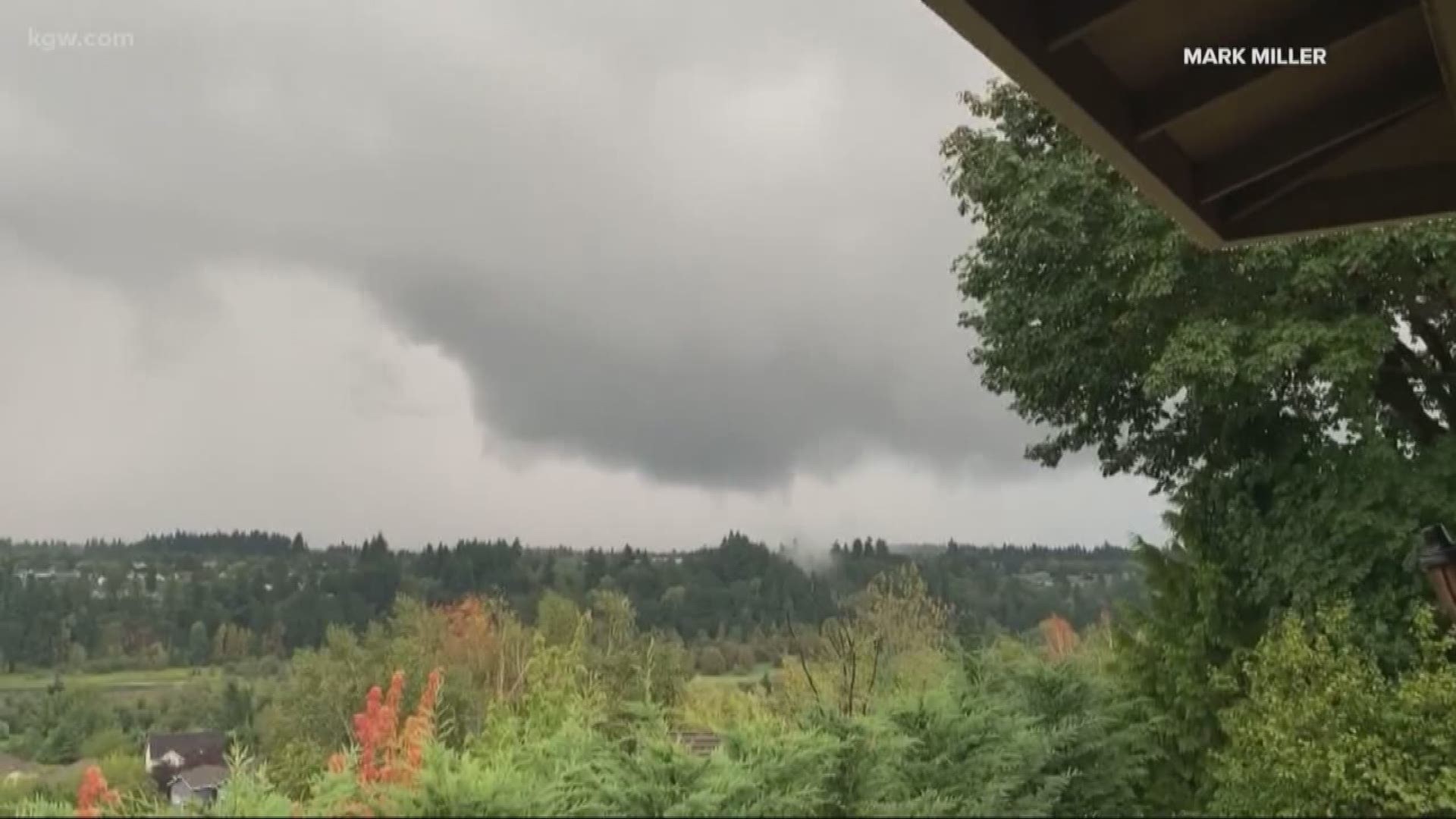 PORTLAND, Ore. — The National Weather Service confirmed Monday that a tornado did touch down briefly on a pumpkin farm near Cornelius Pass Road in Northwest Portland on Sunday night.

The NWS said it's still determining the EF rating of the tornado. It was one of two tornado warnings issued in the Portland metro area as storms rolled through.

That first warning was at 6:47 p.m. for the Rock Creek area after weather spotters reported a funnel cloud. It expired about 10 minutes later. The pumpkin farm where it touched down sustained some damage from the storm.

"I was sitting at the dining room table with my wife and son," said Jim Kessinger, owner of Plumper Pumpkin Patch and Tree Farm. "I look out the window and I see the rains have just stopped, and it was calm, but I could see these nasty clouds off in the distance."

Kessinger said the clouds were rolling around and they were upward.

"And I’m from Kansas, so I've seen more than a few tornadoes and I go, 'That looks like a tornado,' so I come outside and then the winds start whipping around."

He watched as the rotating clouds took down a tent before moving away. Winds also damaged a solar panel and a portion of a corn maze.

The second warning Sunday was issued at 7:47 p.m. for south central Clark County, in Southwestern Washington. That warning ended at 8:15 p.m.

The NWS reported that a funnel cloud was spotted over Orchards and near downtown Vancouver, and was moving east at 15 mph.

The NWS cautioned people in the area to stay inside and take cover.

Torrential rainfall occurring Sunday night with the storm led to flash flooding on Interstate 205 in Clark County. Several lanes were closed for about an hour in the Salmon Creek area.

During the first warning, the NWS said a severe thunderstorm capable of producing a tornado was located five miles north of Rock Creek, and was moving east at 15 mph. The storm would remained mainly over rural areas of western Multnomah County.

At 7 p.m., the NWS reported that the warning had expired and was no longer in effect. The storm had weakened and no longer looked capable of producing a tornado.