The Ontario, Oregon dispensary owner whose grand opening featured Snoop Dogg last weekend says the audience was as big as the town’s population. 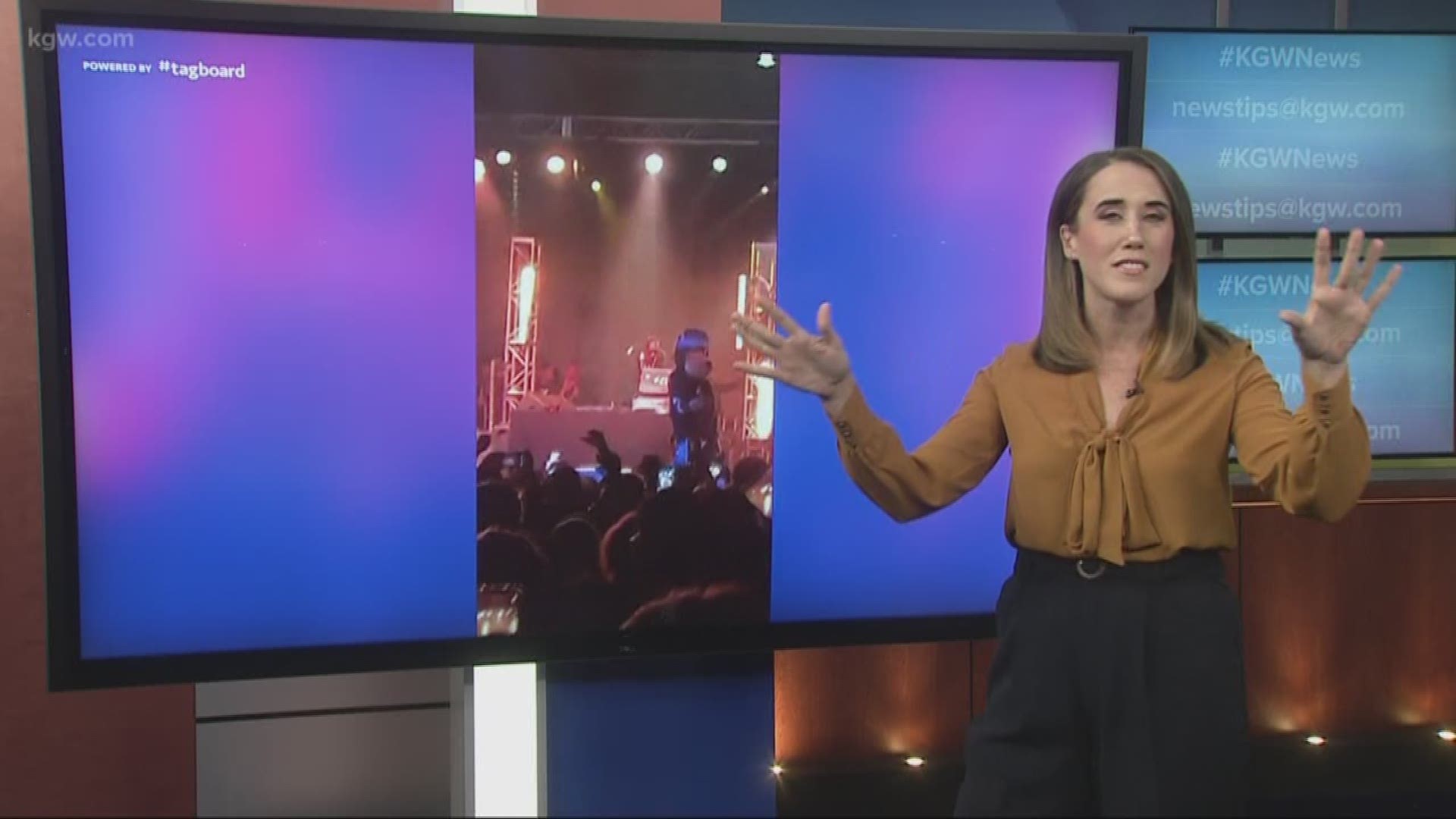 ONTARIO, Ore. — The owner of an Ontario, Oregon, dispensary that hosted a Snoop Dogg performance during its grand opening last weekend says the turnout for the event was about equal to the town’s population.

“I’ve heard from people who have lived in the community 60, 70 years,” Hotbox Farms co-owner Steven Meland told KGW. “They’ve never seen anything like this in Ontario.”

Ontario Police Chief Steven Romero downplays that number, but admitted getting an accurate estimate was difficult.

“It’s hard to get a number because there were no checkpoints involved. It was a free for all. Everybody just walked in from a bunch of different directions," Romero said. "We had in excess of 3,000 cars."

The police department had rolled out its "major incident response protocol and operations plan" to handle the crowds for the Saturday event.

Police said they didn’t find out about the event until about 15 hours before it started, and they announced in a press release that Meland had not filed for a special event permit or a noise permit for the free concert.

He only acquired permits for a fireworks display, beer garden, and food catering.

Meland said he applied for a permit two days ahead of time, about the same time he found out Snoop Dogg would be coming to the grand opening.

Romero insisted that the application was actually a verbal request that came in on Friday at 5 p.m. “That didn’t give us a chance to prepare for anything.”

“We dodged a bullet," Romero said. "We got lucky.”

For his part, Meland admits the whole thing did come about extremely quickly.

“A mutual friend of mine and the other co-owner contacted us. He’s a promoter for nationally touring acts. He came to us with the opportunity to have Snoop Dogg at the event. So, we took him up on it.”

After it was all over, Meland said the audience was respectful, police did a great job handling the huge crowd and there were no arrests.

“The concert was amazing. People were very well-behaved and there to have a good time and enjoy the show,” he said. “The only arrest that was related to the event wasn’t even at the event, but someone leaving the event. I believe they got in a car accident and got a DUI.”

“We’ve heard from a lot of business owners. There was some concern from city officials that those people were going to be angry. After talking with them, they were excited to have so many people in the area. It seemed like it was a great thing for everybody. All the fast food places were putting in extra orders.

“I heard several fast food restaurants even ran out of food toward the end of the night.”

Chief Romero disagrees with Meland's assessment, saying the lack of planning was dangerous and the city "dodged a bullet" when there were no serious injuries.

“It was completely reckless and inappropriate," he said. "You plan for a county fair, you plan for music in the park during the summer with a few people. We plan for smaller events than these iconic musical acts that are going to show up on a whim.

“The concertgoers wiped out most of the stores’ alcohol stock. They were drinking in a public setting with little kids all around.”

Romero said he only had 10 police officers available to respond to the event.

“There are so many moving parts that you have to have contingency plans for. If it turns into a critical event, how do I get cops and firefighters in and out safely?”

Meland said he and his associates are planning to meet with city leaders to discuss how they can better navigate events in the future, to make sure everyone is properly prepared.

And he doesn’t believe he’ll face any fines, though there may be some extra costs associated with the massive, impromptu event.

Hotbox is one of the first marijuana dispensaries to open in Ontario since the town began allowing dispensaries.

RELATED: Peek inside a legal pot farm 30 minutes from the Idaho border