MARIN COUNTY, Calif. – The stepmother of missing Portland boy Kyron Horman has been arrested in California for driving a stolen vehicle. 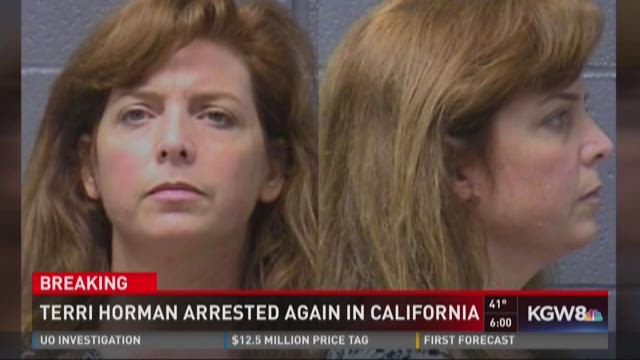 MARIN COUNTY, Calif. – The stepmother of missing Portland boy Kyron Horman has been arrested in California for driving a stolen vehicle.

Terri Horman was arrested Friday in a residential area at 1:24 p.m. in Belvedere, an upscale neighborhood just outside of San Francisco. She was charged with taking a vehicle without owner's consent and booked into the Marin County Jail.

Belvedere police said an officer noticed the vehicle with a mechanical violation. When the officer checked the license plate, it was identified as a stolen vehicle and Horman was arrested without incident.

The news was not surprising to Kyron's biological mother, Desiree Young.

"We just have always felt that she would be her own undoing and it was just a matter of time and sure enough, it is just coming back to her," Young said. "Terri is not helping herself."

Friday's arrest is the third recent legal issue for Horman. She also faces a gun theft charge and an accusation of domestic violence.

Horman was charged with grand theft firearm, after her former roommate accused her of stealing a handgun from a safe in August 2015.

Horman was accused of domestic violence by a man who describes himself as Horman's ex-boyfriend. He accused Horman of threatening him with a knife. A temporary restraining order was filed on Nov. 28 against Horman but she has not been charged with a crime related to the accusation.

Last week, Horman had simultaneous court appearances in Yuba County for the gun charge and in Sacramento County for the restraining order. She did not show up to either appearance. Her lawyer said she was not required to appear.

Horman moved to California from Oregon in 2015. She now apparently also goes by her maiden name, Terri Moulton, but it is not clear whether she officially changed her name.

Horman has long been the focus of investigators in connection with Kyron Horman’s disappearance in June 2010 from Skyline Elementary School in Portland, although she has never been charged with the crime or officially named a suspect. Terri Horman was the last known person to have seen the boy, who was 7 years old at the time.

"I hate that we don't have him here and there are times that it is really hard, especially during the holidays," she said.

Young said Terri Horman's recent arrest gives her "optimism for the next year." 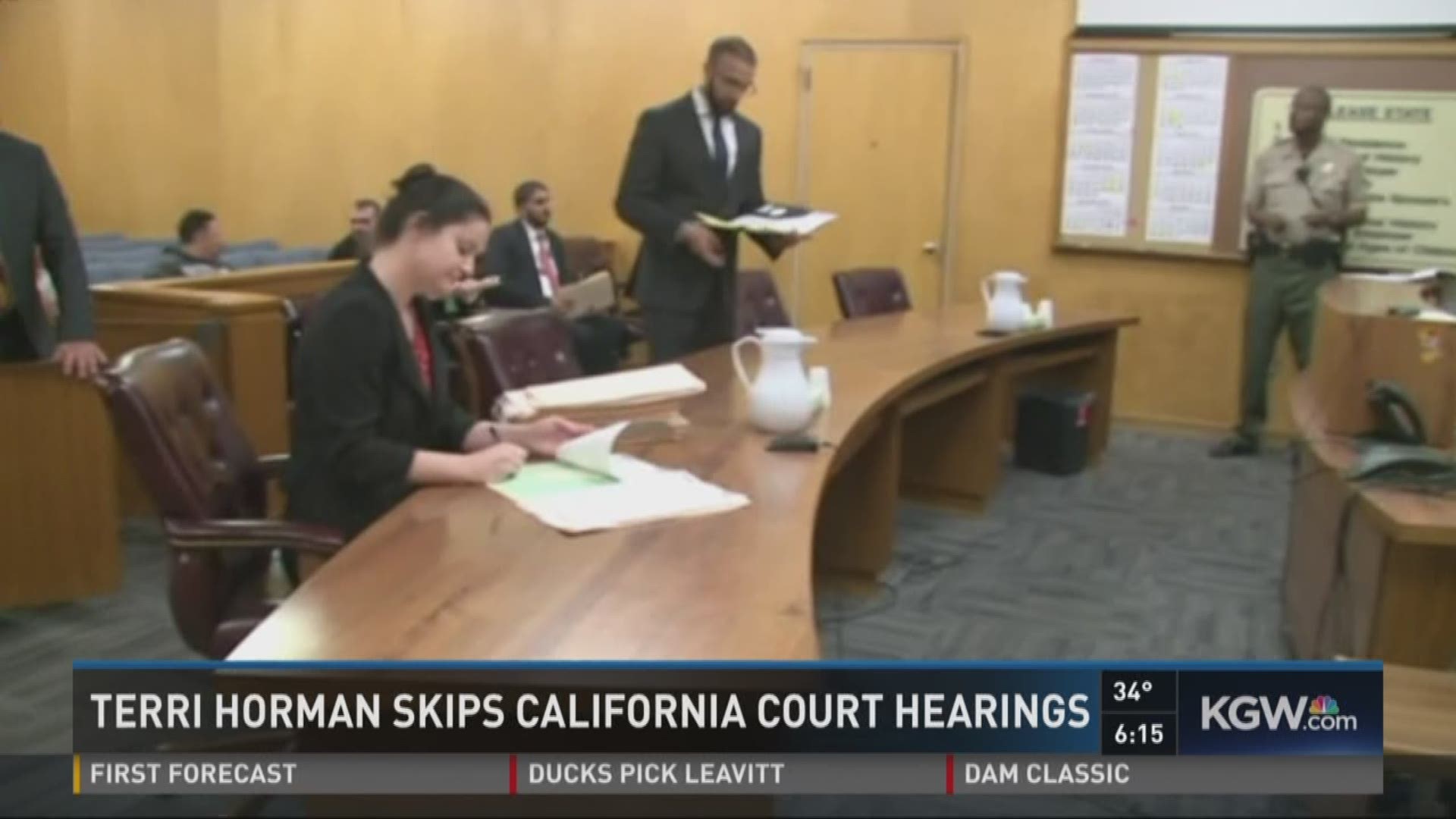