'I had guns pointed at me several times': Student journalist from Oregon covers protests in Portland

Eddy Binford-Ross works for the student publication The Clypian and felt compelled to document everything going on in Portland. 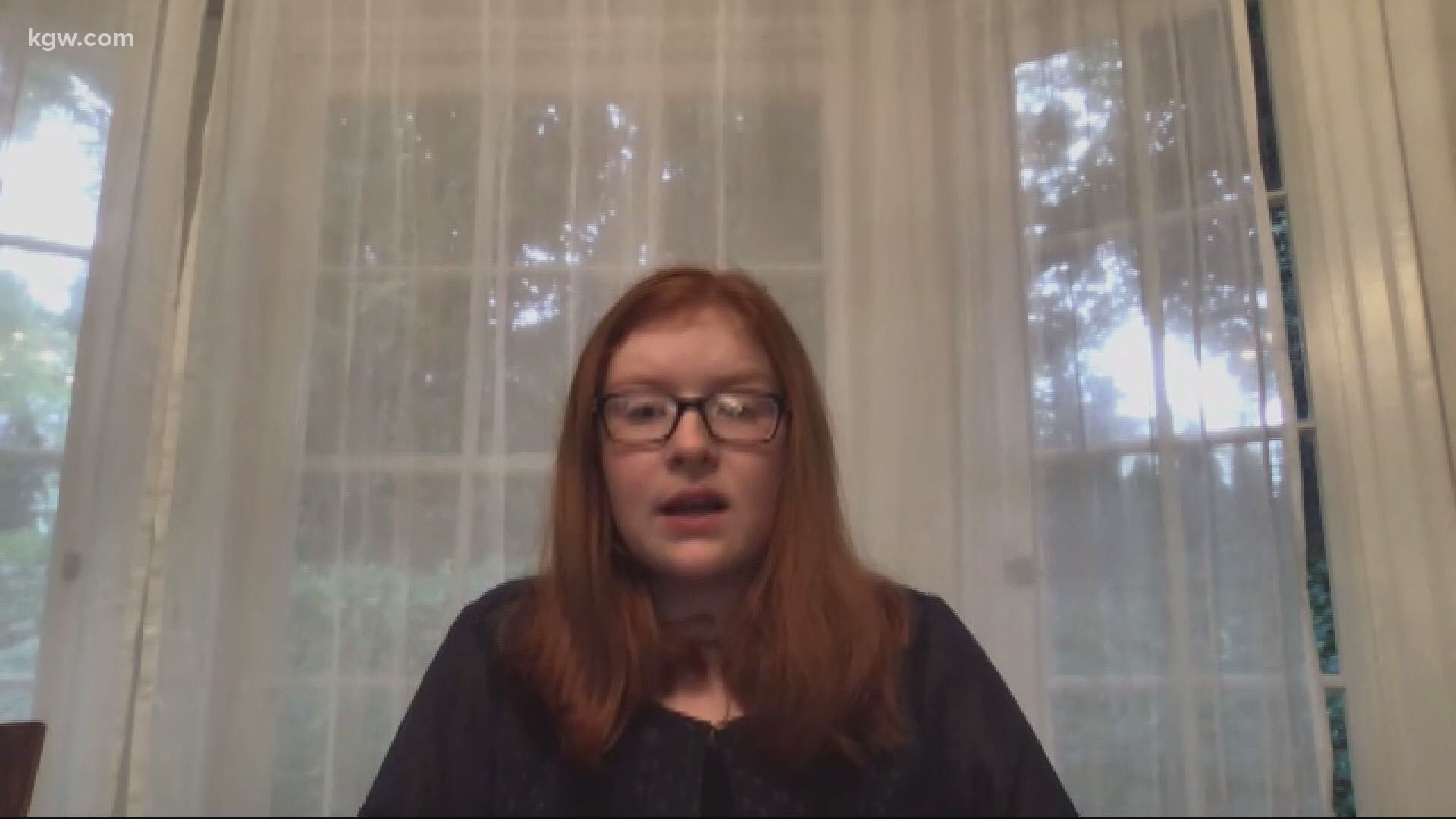 PORTLAND, Ore. — Eddy Binford-Ross is about to be a senior at South Salem High School. For the past five nights, she's been covering the protests in Portland.

Binford-Ross, 17, works for the student publication The Clypian and felt compelled to document everything going on in the city.

"It's so important that there's an accurate historical record of everything going on here," Binford-Ross said.

Binford-Ross said since last Friday night, she has made the trip to Portland with one of her parents.

"As part of our safety plan, one of my parents goes up to Portland and just shadows me because you should not be out at these events without someone else," Bindford-Ross said.

She has covered the protests in Salem, but she says there's a huge difference between the two cities.

"Whenever I identified myself covering the Salem protests as press, they were like, 'OK, great'," Binford-Ross said.

But in Portland, Binford-Ross said that was not the case.

She said the demonstrations seem to be getting larger each night.

"We've seen the protests get more organized," Binford-Ross said. "They are becoming more aggressive. They have a stronger strategy. So I think that the federal officers are not necessarily having the impact they are hoping to have."

But even now, with all the danger, Bindford-Ross said she understands why her job is more important now than ever before.

"It's so important that community members, members of the community at large, are given the tools they need to follow along, and know what's going on, on the ground," Binford-Ross said.