The National Transportation Safety Board says the flight originated from Coeur d'Alene, Idaho. 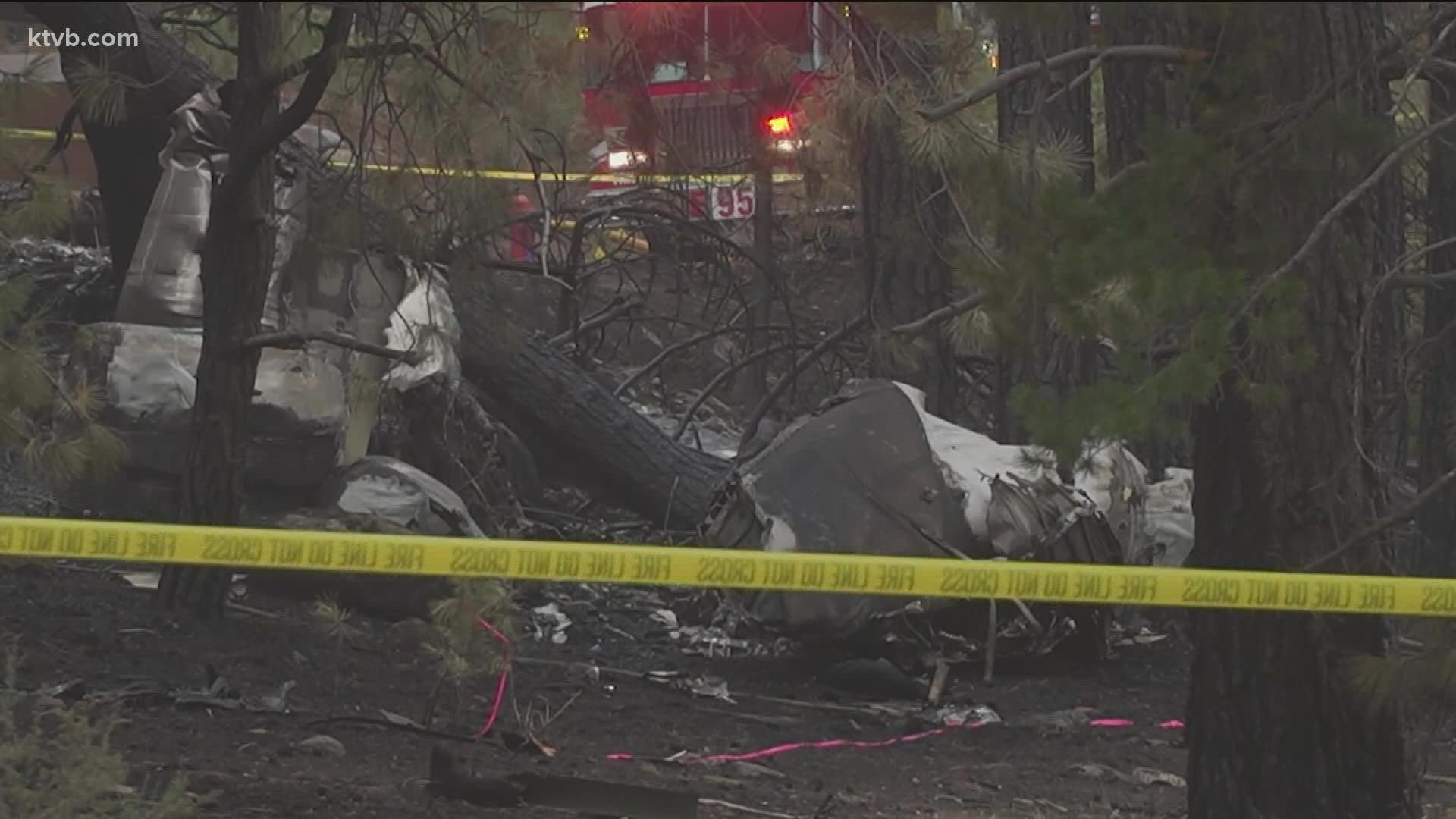 TRUCKEE, Calif. — Six people are confirmed dead in the crash of a twin-engine jet near a golf course in the Lake Tahoe area. Two of the dead were crews members, officials said.

The National Transportation Safety Board says the flight originated from Coeur d'Alene, Idaho.

The Nevada County Sheriff's Office says all those aboard Bombardier CL 600 died when it crashed Monday in a heavily wooded area in Truckee next to the Ponderosa Golf Course.

The aircraft burned and authorities say DNA will be used to determine the identities of the victims.  They initially has reported that three people died in the crash.

The FAA says the crash occurred under unknown circumstances. The twin-engine aircraft went down as the pilot was trying to land at Truckee-Tahoe Airport around 1:18 p.m. Monday.

The NTSB said Wednesday that two of its investigators were on scene investigating the crash.

No one on the ground was hurt when the plane crash.

A team of firefighters heading back from fighting the Tamarack Fire saw the fireball from the crash and responded immediately. According to investigators, nine or 10 fire engines were at the crash in the first 10 minutes. Crews doused the flames first before approaching the wreckage. No structures were damaged.

Aviation expert Steven Thompson said flying conditions in Truckee can be treacherous. He said the mountainous terrain and unpredictable weather has even forced an expert pilot like himself to divert.

Officials have yet to release a cause, but have taped off acres as they look into what may have happened.