Temporary homes for homeless individuals in Malheur County, Ore. to close in June

In a 4-3 vote, Ontario City Council decided that the tiny homes' current location would not be a permanent one. 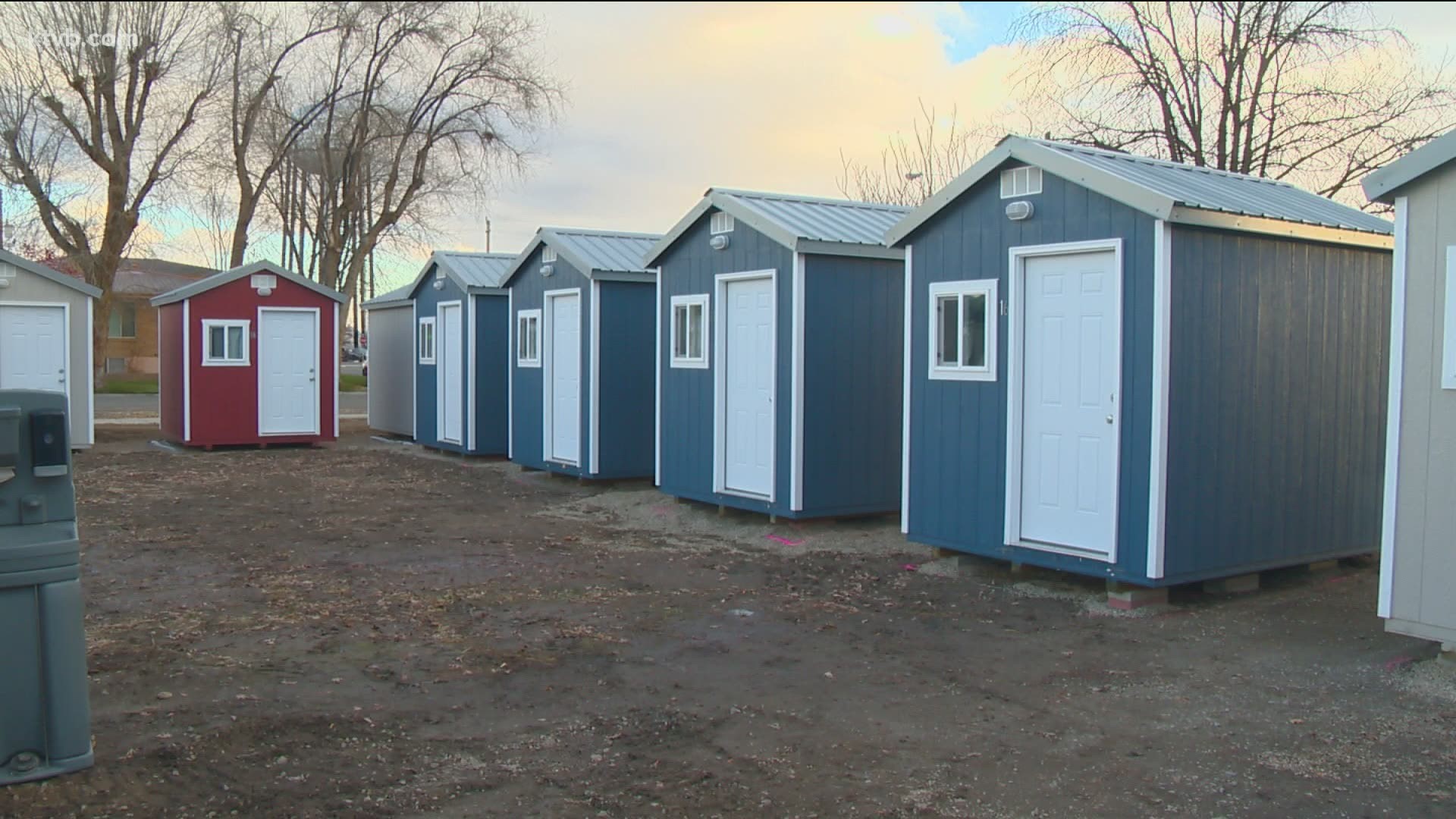 ONTARIO, Ore. — During a city council meeting in Ontario, Ore., a proposal to keep 16 tiny homes for the homeless population open past the month of May was rejected by a 4-3 vote.

The tiny homes are 8x11 feet and include a cot, a heater, a fridge and a microwave.

Overseen by the non-profit organization Community in Action, the goal of the tiny homes program is to get Oregonians experiencing homelessness back on their feet, and hopefully into permanent living situations when they leave their temporary homes.

16 tiny homes were built as a winter emergency shelter in Ontario with the hopes of someday making the homes a permanent shelter.

Community in Action and others involved in the project asked the city of Ontario for an extension through June 2021 in order to start on a conditional use permit.

Not only was the request rejected, but they were also told they had to be out by the end of May.

"It's been a very successful program," property owner Stephanie Cook said. "They have jobs, they have their medications stabilized, they have identification, they have friends, they are actively becoming productive citizens."

However, neighbors of the tiny homes did not echo Cook's sentiment during a recent city council meeting.

"We have had a continuing problem with trash, dumpster divers blocking the alley, needles, cop calls, parking, thefts, trespassers, campers on our property," one neighbor said. "I have had to build taller fences and put in a locking dumpster."

In a 4-3 vote, Ontario City Council decided that the tiny homes' current location would not be a permanent one.

"Some of them may be thinking that it's okay for an emergency winter shelter, but not a year-round shelter," Ontario City Manager Adam Brown said. "Others say that it's just not the right location because of the proximity to neighborhoods."

The city council also believes the tiny homes scratch the surface of a much bigger issue, according to Brown.

"One of the things the city council challenged that team with is to come up with a more comprehensive plan," he said. "Not just this aspect of it, but the larger population."

There are currently 300 people living without a home in Malheur County. While there are only 16 tiny homes, Cook said there is a method behind the program.

"Let's do it right first on a small scale because then we can turn around and expand it," she said. "We can make those mistakes on a small scale and it will cost the city and the taxpayer a lot less money than if we put together a massive program."

The shelter project is a collaborative effort put forth by a number of organizations, one being Community in Action.

A statement from Barb Higinbotham with Community in Action reads in part:

Disappointment doesn't start to define how the shelter committee and I feel. Kicking the can down the road is not a solution to the homeless epidemic that we are facing. City Council has the power to make change without their support we can do little to improve this situation.

The shelter committee started working on this project a year ago and has been successful in transitioning people into permanent housing, according to Cook.

For those involved, the fact that it will be over in less than a month is a hard pill to swallow.

"The frustration is that we are the only ones working to do something about this problem and if we don't do it, then who is?" Cook said. "If they would step back and allow us to do what we do really well, then they wouldn't have a homeless problem in the city."