Due to a worker shortage, Owyhee Produce gave thousands of Oregonians free asparagus to avoid putting it to waste. 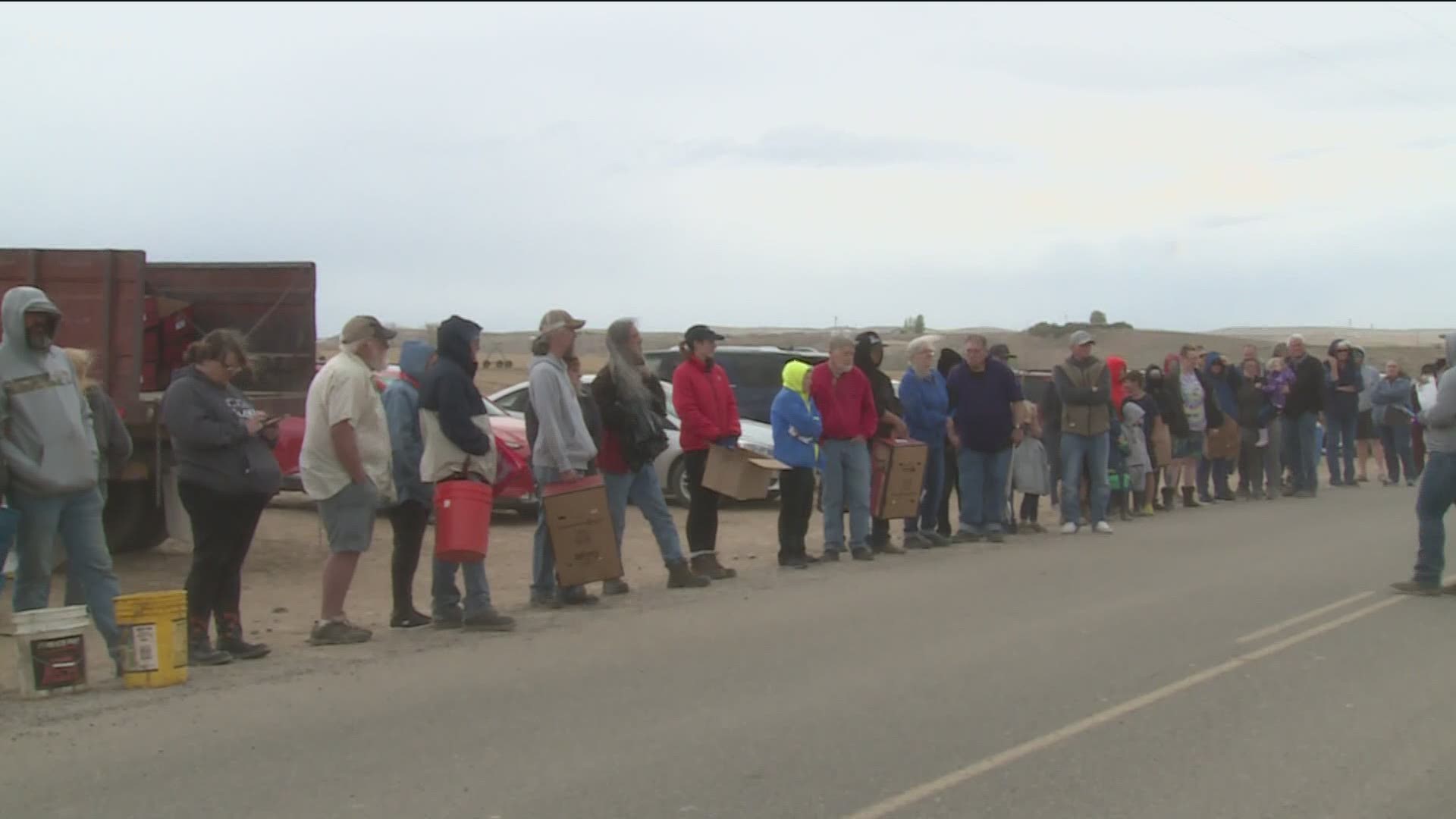 NYSSA, Ore. — After an Oregon produce company announced it was giving away free asparagus to the community, more than 5,000 people took advantage of the kind offer on Saturday.

Located in Nyssa, Ore., Owyhee Produce can grow up to 350,000 pounds of asparagus across the 32-acre lot. When the asparagus was ready but the workers were now, CEO Shay Myers decided to give it away rather than throw it away.

"In 20 years of growing asparagus, this has never happened before," he said. "We figure instead of throwing it all away, we outta share it with the community and make something good out of a bad situation."

"We can't get the labor, we can't get people to show up and do the labor at $16 an hour, even with housing transportation and all of those things," he explained.

This led Meyers to consider another plan: to bring workers across the United States border on an H-2A Visa, a program that allows U.S. employers to fill temporary agriculture jobs.

However, the current situation at the border made that plan nearly impossible. Myers was told it would be another 30-45 days before any laborers would arrive at the field.

The asparagus, however, couldn't wait another month. As a result, over 5,000 people showed up Saturday to take the vegetables home.

"The bigger picture is for people to understand what it takes and that we rely on people to do labor in the field," Myers added. "If we want our fruits and vegetables to grow domestically and safely and environmentally soundly, we need to do it in the United States. But we can't do it when we continue to ship all of our vegetable production south of the border."

While he wanted to give back to the community, Myers' original TikTok video was not just about the free produce: he also wanted to bring awareness to issues surrounding labor shortages in the agriculture industry.

"People are more acutely aware because of the situation on the border, currently of illegal border crossings, the need for immigration reform, the need for farms and farmworkers, for farmers to get workers here and a way for the workers to have a path to citizenship," he explained. "It's not a simple solution but it's something that we just can't continue to kick down the road."

Myers said this is a one-time event that will likely not happen again. Owyhee Produce is currently accepting donations through Venmo.

Related: Watch You Can Grow It