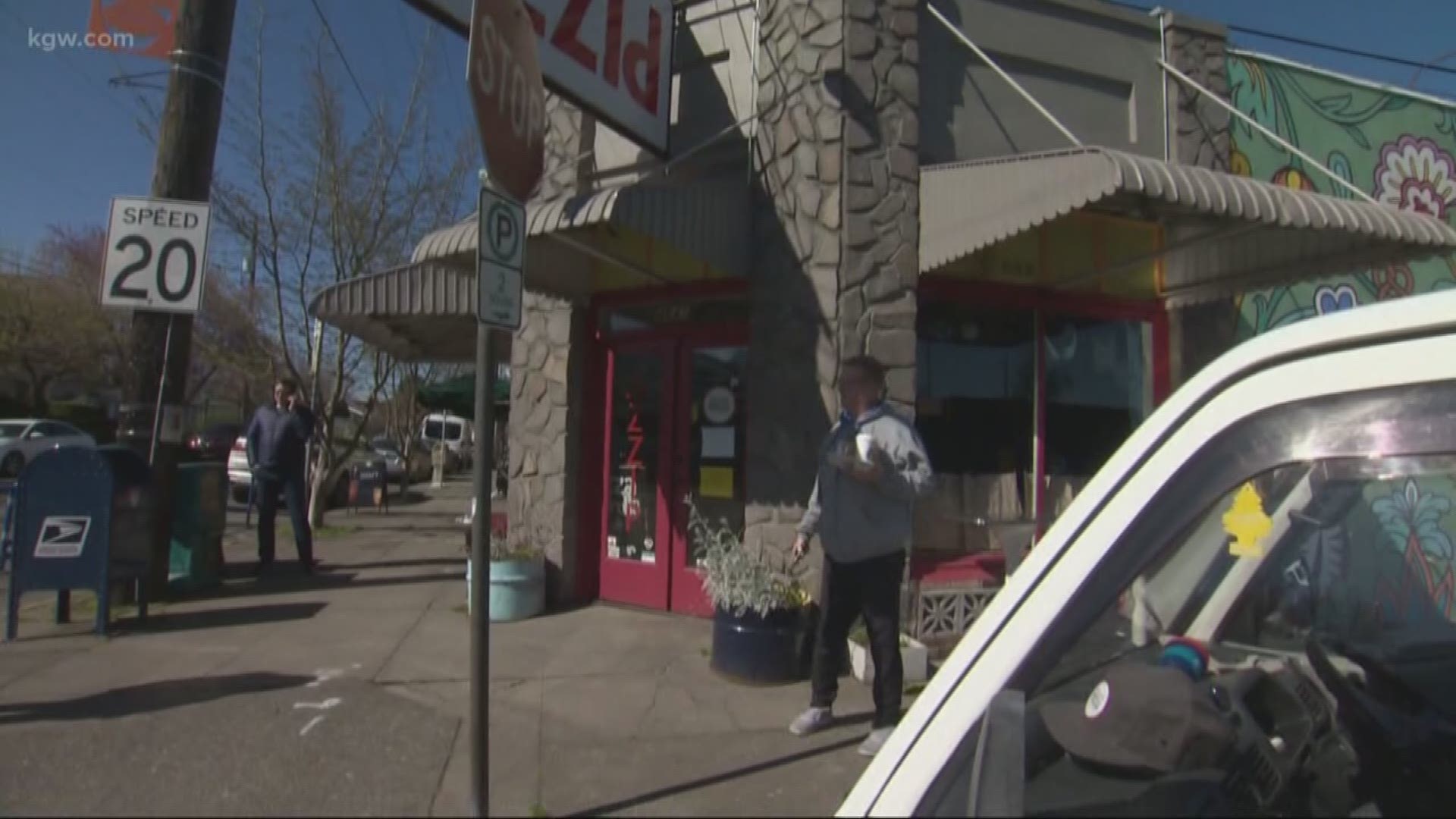 PORTLAND, Ore — People shopping for liquor or cannabis can now get curbside service much like restaurants are doing with take out.

Last week, many local restaurants dramatically changed their business models from dine-in to take-out and delivery only.

And thanks to Oregon Liquor Control Commission's decision to fast-track applications to allow breweries to offer same-day delivers, many beer drinkers are still getting their favorite brews.

"We've already had a pretty good response to the home deliveries and this is our way to get it to you," said Rob Lutz with StormBreaker Brewing.

And this week the OLCC announced it's giving the temporary go ahead for licensed marijuana and liquor stores to provide curbside pickup as well, as long as the buyer is within 150 feet of the store.

Mike Thelin, co-founder of Feast Portland said, at least in the restaurant business, takeout and delivery can only do so much. While some restaurants are able to switch over the to take-out and delivery model, the majority cannot and have been forced to close.

"It's like telling someone off the street to play LeBron James in a game of one-on-one basketball with both hands tied behind their back," Thelin said. "It's not a sustainable model and it's not what restaurants are set up to do."

Thelin said while the small steps governments are taking right now will help some. It will take much more action from federal, state and local governments to keep this industry that is so critical to the area from collapse.

"The majority of restaurants right now are absolutely, unless they get help, they are absolutely in danger of not coming back," he said. "That's just a fact."

RELATED: Gov. Brown says stay-at-home order was made to ‘protect all of Oregon’