'Oh, I caught her': 104-year-old veteran fishes with 94-year-old girlfriend by his side

96 years after casting his first line, Harold Nelson is still fishing. Now he's at the water's edge with his 94-year-old girlfriend by his side. 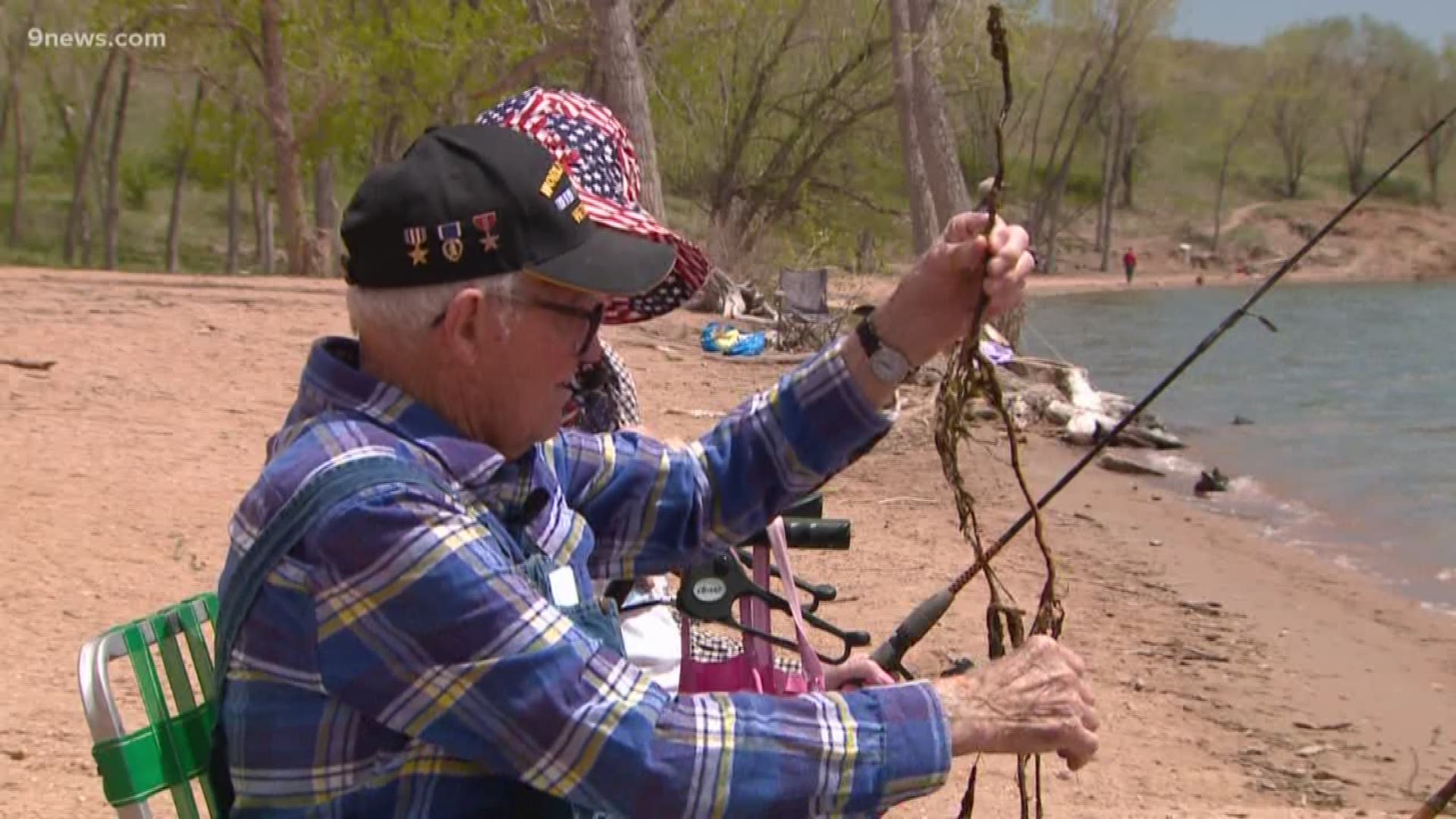 Harold Nelson has plenty of time behind him -- 104 years to be exact. And nearly all of them spent with a fishing pole in his hand.

"Well, I started fishing in Nebraska on the Loup River when I was about 8 years old. I waded out in the water at night fishing for catfish," Nelson told 9NEWS.

Nelson has been hooked ever since that first catch. For the following 96 years, he's returned to the water. He was in the third infantry during World War II under General George S. Patton when he made six amphibious invasions. He was shot four times during the war. Nelson said fishing is far more peaceful than his life in the service.

"I haven't near got killed fishing yet," he exclaimed while his 94-year-old girlfriend, Jeanne Gold, laughed in the background.

Nelson and Gold met on a bus to the casino nearly ten years ago. They're well suited for each other as each of their personalities are as big as they come. One might expect the avid fisherman to name Gold his best catch yet.

Instead, he jokingly said, "Oh, I caught her. That was probably the wrong thing but that's alright."

Within seconds, Gold teased and scolded Nelson with a loud "get out of here!"

After their chance encounter aided by Lady Luck, it didn't take long for Nelson to introduce Gold to his true passion. He took her fishing and taught her that patience is a fisherman's best tool.

"It's been a great life, I've caught lots of fish in my day," Nelson said.

Though he said his best catch came during a trip to Canada. The 104-year-old can't travel that far anymore. In fact, he said fishing was getting "harder every day." Yet, he still stops every time he passes a lake and brings his girlfriend with him when he can.

On the water's edge, he's happy to show passersby a picture of his former son-in-law's biggest catch or tell the story of how he made it out of World War II alive. Though a gust of wind may knock him over, as it has in the past according to his recollection, Nelson has no plans to hang up his fishing pole.

RELATED: This rowing club is surprisingly competitive for being in a landlocked state