'Nobody was prepared for this': Nonprofit collecting supplies for Pendleton flood victims

Volunteers will deliver trailers full of supplies to Pendleton on Saturday. 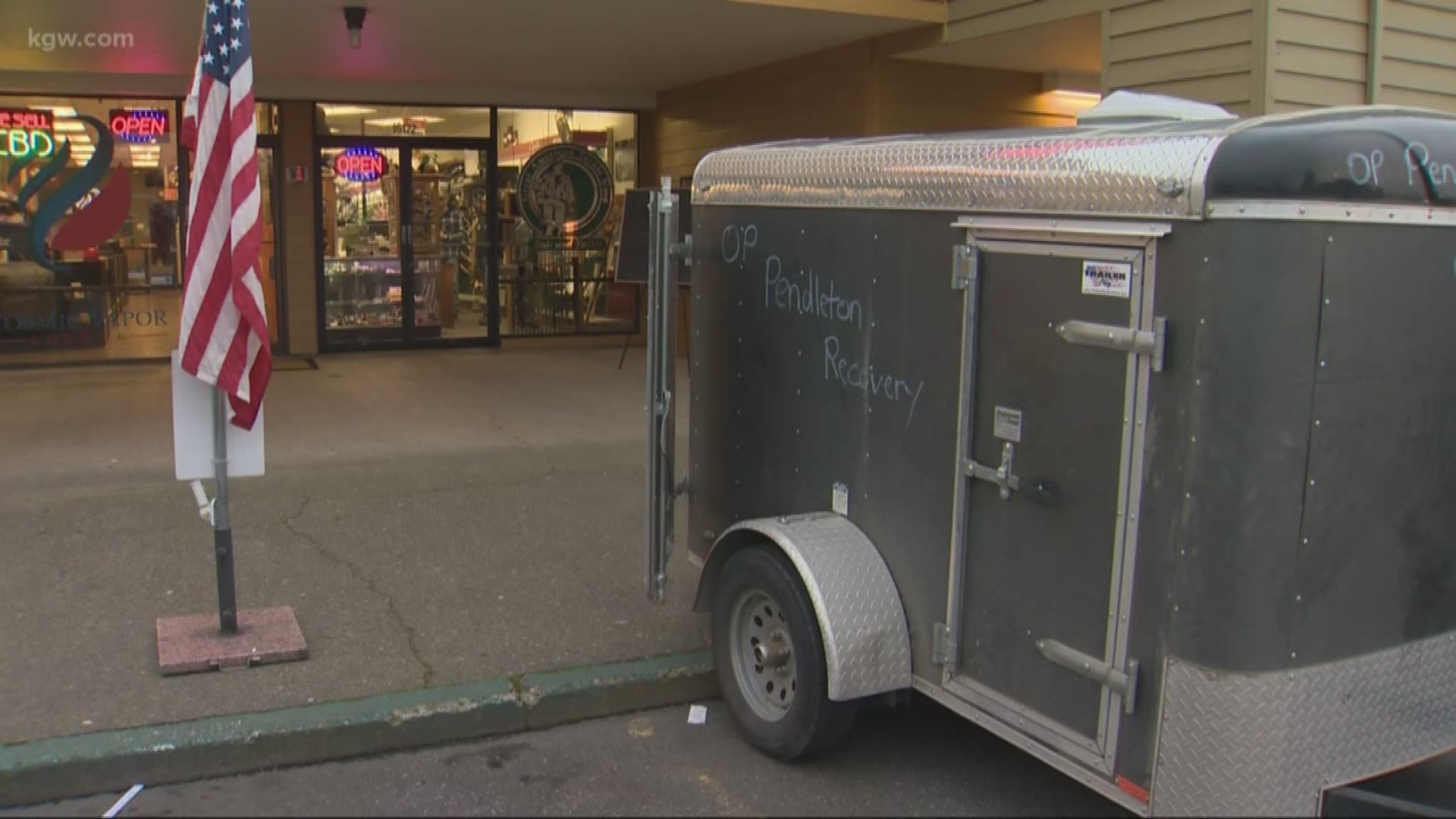 CLACKAMAS, Ore. — As floodwaters start to recede in Pendleton, the need for help is rising. Emergency response teams estimate more than 100 people are displaced.

Closer to home, veterans' nonprofit The Fallen Outdoors is collecting supplies for victims. They set up a collection trailer in front of Great American Tackle Shop at 16122 SE 82nd Dr. in Clackamas.

The trailer will be there during business hours until Friday night. Organizers are planning to drive the trailer and three others around the state to Pendleton on Saturday. Until then, they're collecting non-perishable food, water, toiletries and clothes. They also need baby food, formula and small games or toys for kids.

"Some people have lost their entire homes," said Branden Trager, executive director of The Fallen Outdoors. "Nobody was prepared for this, little did they know that three feet of water was going to rise up in their home and take half of what they owned."

RELATED: 'I got three inches of water in my lower living room. It was three feet yesterday'

The Fallen Outdoors organizes outdoor experiences for veterans like fishing and hunting, often in Umatilla County. Trager said that's one reason the area means a lot to them.

"We're trying to give back to the community that's given us something already," Trager said. "It's kind of completing that circle."

Trager said they are also accepting monetary donations for flood relief via the nonprofit's PayPal account. Just specify the donations are for Operation Pendleton.

RELATED: Neighbors begged woman swept away in Oregon flood to evacuate with them