"How many coincidences can there be?" a private investigator from Arizona asked about the complex case. 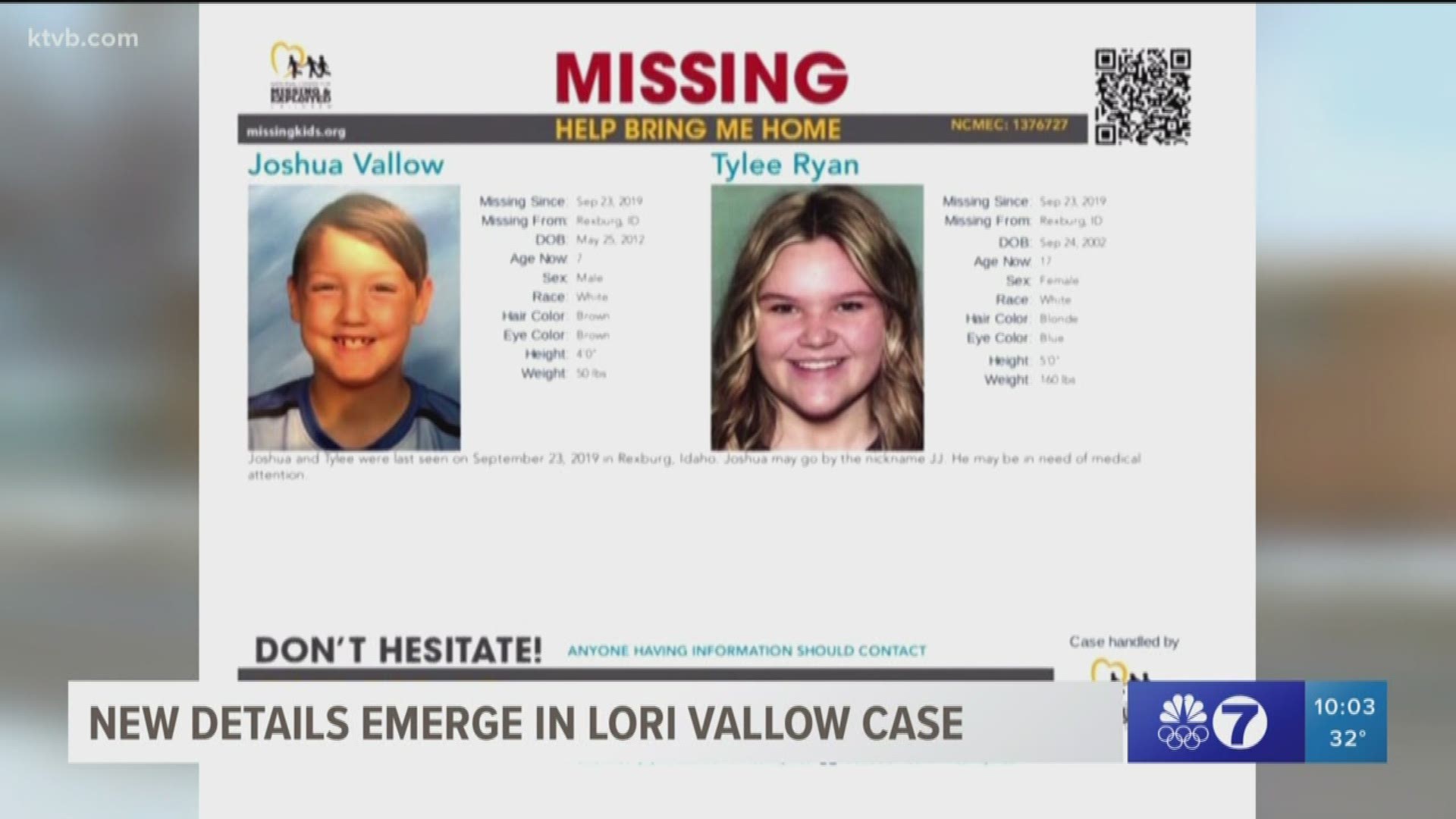 BOISE, Idaho — New details continue to come out about the disappearance of two Rexburg children - JJ Vallow, 7, and Tylee Ryan, 17.

Neither has been seen since September 2019.

Information regarding the children's mother, Lori Vallow, and other extended family members continues to come to light - adding more strands to an already complicated web.

“This one is definitely at the top of the list for being unusual,” said Rich Robertson, a private investigator with R3 Investigations in Arizona.

Robertson was hired by Brandon Boudreaux in October 2019 after he was the target of a drive-by shooting.

Charles Vallow was Lori Vallow's estranged husband. He was shot and killed in July by her brother, Alex Cox. Cox claimed it was self-defense and that he was protecting his sister.

Brandon Boudreaux claims the person who tried to shoot him was also Cox.

“The vehicle that was involved in the shooting belonged to Charles Vallow," Robertson said. "It was a green Jeep Cherokee with Texas license plates. He recognized that as his former in-law and he suspected Charles Vallows' killer, Alex Cox, was the one driving that jeep.”

According to Robertson, Cox had a history with Lori Vallow's previous husbands. Besides killing Charles Vallow, Cox also assaulted her first husband.

So how do Melani and Brandon Boudreaux fit into all this?

“Lori Vallow certainly got Melani involved in this," Robertson said. "By all accounts, the Vallow and the Boudreaux marriages were all idyllic. They were loving couples, they had picture-perfect families. They were like something out of a magazine until they got involved in this kind of cult situation and things started going off the rails.”

That so-called cult centered around Melani Boudreaux and Lori Vallow's religious beliefs, which focused on doomsday ideology. It was through those beliefs Lori Vallow first came in contact with Chad Daybell.

“Chad Daybell was someone who was involved in Lori Vallow’s life for some time – a year or two prior,” Robertson said.

“Some of their beliefs about apocalyptic end times and they all got kind of sucked into this belief system and Chad Daybell seemed to be a leader in that group,” he continued.

Eventually, Lori Vallow, Melani Boudreaux and Cox would all move to Rexburg where Chad Daybell was living.

Melani Boudreaux and Cox would remarry people in Rexburg, while Lori Vallow and Chad Daybell married each other.

Robertson would later track them to Rexburg and do some surveillance.

“We saw them loading the U-Haul they rented in Arizona and took to Rexburg and we saw where they were living but we didn’t see the kids,” he said.

At this point, it had been about at least a month without anyone having contact with JJ or Tylee. So at the request of other family members, Rexburg police went to Lori Vallow's home for a welfare check on the kids.

“She said they were in Arizona," Robertson said. "And so some police in Arizona were asked to go check on that location that Lori told them and when they got there, the kids weren’t there, hadn’t been there.”

At that point, Rexburg police went back with a search warrant and Robertson says that's when Chad Daybell and Lori Vallow left the state.

Around the same time the group moved to Rexburg, in October, Chad Daybell's wife Tammy Daybell also died. Originally it was believed to be natural causes but police would later exhume her body and rule her death 'suspicious.'

In December, Cox was also found dead in Arizona and his cause of death is still unknown.

While it's too complex for him to have a theory about what happened, Robertson believes it's all centered around their religious beliefs.

“Some of their writings suggested they were going to get rid of their spouses who were non-believers,” he said. "The struggle for all of us is trying to put a rational explanation on irrational acts.”

When asked if he believes JJ and Tylee are still alive, Robertson said he hopes so.

“There’s eyes everywhere looking for these kids and they haven’t turned up," he said. "So what are the implications of that? That’s the part that’s scary.”