A dump truck had an apparent mechanical failure before it hit pedestrian, several vehicles, and slammed into a sandwich shop, according to Seattle police. 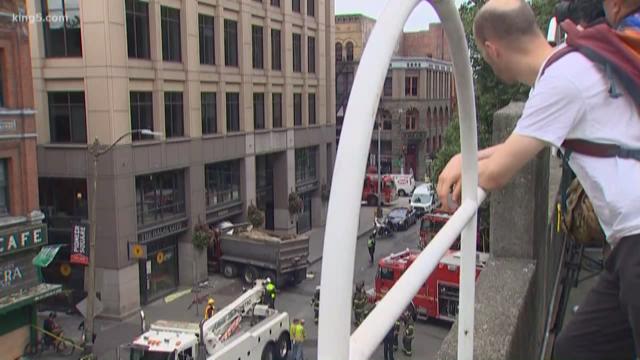 A woman hit by an out-of-control dump truck remains hospitalized at Seattle's Harborview Medical Center. Three men were also treated for injuries, but have since been discharged from Harborview.

A dump truck lost control Monday morning and struck a pedestrian and several vehicles before crashing into a Subway restaurant around 9:40 a.m.

The 37-year-old woman driving the dump truck suffered minor injuries and was treated at the scene. Police said she was cooperating with the investigation.

Seattle police report the truck "allegedly suffered a catastrophic mechanical failure" before it careened westbound down James Street. The driver reportedly attempted to steer the truck through traffic before it crashed, according to police.

The struck pedestrian, a 33-year-old man, was treated and released on Monday, along with a 51-year-old man standing in front of the Subway, and a 44-year-old man inside the sandwich shop.

A 25-year-old woman was the most seriously hurt when the dump truck hit her work van. She remains hospitalized at Harborview.

Kyle Lewis was working on a nearby hotel when he saw the incident unfold, "All of the sudden, I saw a dump truck coming about 40 miles an hour, with lost brakes, took out these two cars and hit someone up the street that was crossing the street. And then, he came flying right through here and went straight into the Subway. It happened within, like, 5 seconds."

Lewis said the crash trapped a woman in her van and witnesses rushed to help her while others called police.

"It was crazy. I've never seen anything like that in my life," Lewis said. 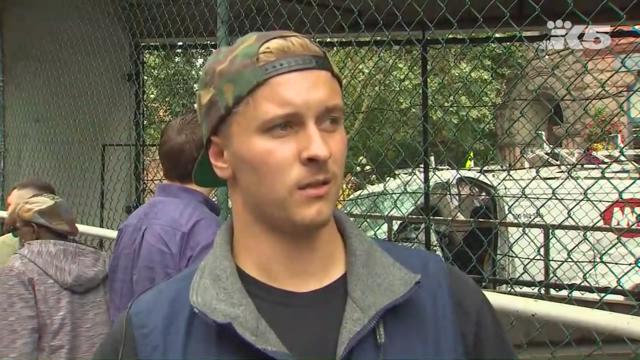 Jonathan Bashford was working in his Pioneer Square office when he heard the loud commotion outside and ran out to help.

"It was chaos. There were cars strewn all over. It was not clear immediately which ones had people in them and which ones didn't. Turns out most of them, thankfully, were parked cars."

Bashford stayed with the 25-year-old woman who was hit in her van while driving up James Street. He said firefighters indicated she had a broken leg and seemed to be in shock.

"And then there was a gaping hole where the Subway used to be," Bashford said. "Which was easy to miss, because of all the other chaos. So it was quite a while before I even noticed that there was a dump truck in the Subway." 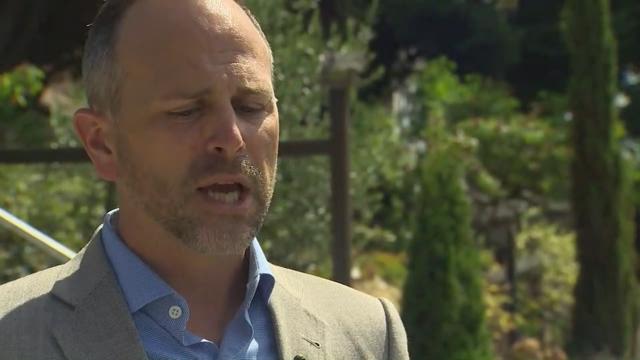