Jim Charbonneau, 78, passed away on Friday after the Tuesday evening crash. 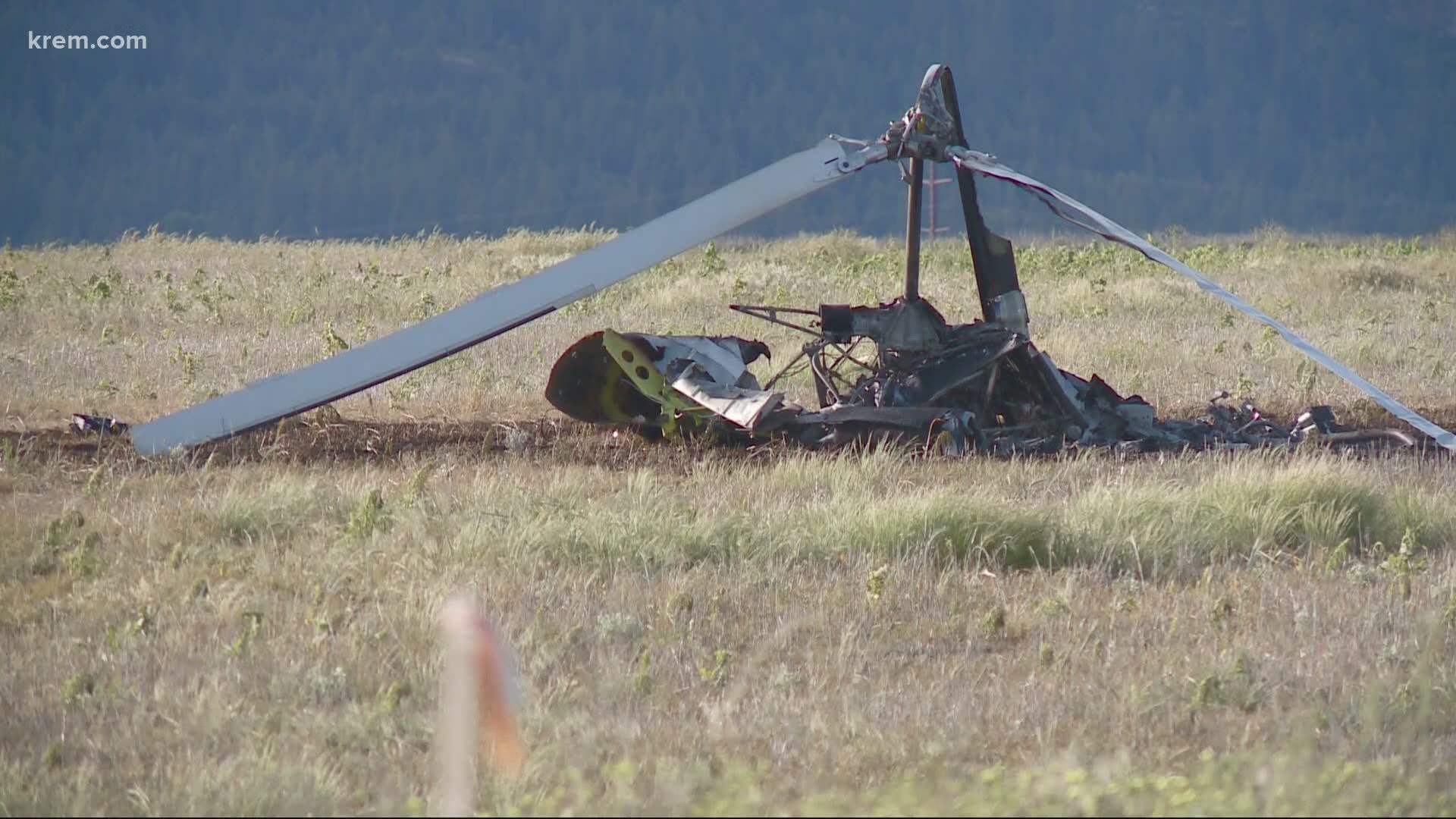 KOOTENAI COUNTY, Idaho — One of the two men involved in a helicopter crash on the Rathdrum prairie on Tuesday evening has died.

According to Harborview Medical Center in Seattle, 78-year-old Jim Charbonneau died Friday afternoon. He was previously in critical condition following the crash.

Jay Schrank, 42, and Charbonneau were taken to Harborview Medical Center after the crash just west of Highway 41. Bystanders helped to pull the men from the wreckage. At last check, Schrank was in critical condition.

Charbonneau had previously drawn scrutiny from neighbors and county officials regarding an illegal helipad on his Spokane County property.

Based on initial investigation, it appears that the helicopter collided into the field from a low level altitude on Tuesday. Alcohol and drugs do not appear to be a factor at this time, and the investigation is ongoing regarding the exact circumstances of the crash.

The Federal Aviation Administration (FAA) has been notified and is performing its own investigation. The occupants of the helicopter were initially taken to Kootenai Health for treatment of their injuries, but were then transferred to Harborview Medical Center, according to the sheriff's office.

Online FAA records show that Charbonneau had a student pilot's license. Schrank is a certified commercial pilot and flight instructor.

For now, it's not clear who was flying the helicopter at the time of the crash.

Charbonneau had made headlines earlier this year after Spokane County officials prepared to sue him over a helipad he had constructed at his home off of South Mohawk Drive, just south of Spokane Valley.

Neighbors had also voiced concerns about the aviation activity in Charbonneau's backyard, including Carl Strode.

"Everyone was afraid of their houses burning down and their lives being extinguished. It's true! Everybody was scared to death, including me," Strode said on Wednesday.

Charbonneau's helipad was in violating of zoning codes, according to attorney Chris Anderson with the county prosecutor's office.

Not long after the county sued over the helipad, Charbonneau agreed to deactivate his property with the FAA as a helipad, Anderson said. As part of the agreement, Charbonneau was allowed to hire a professional pilot to fly one of his helicopters off of his property to be stored elsewhere.

That happened on June 10, according to Anderson, resulting in Charbonneau's property being in compliance with county codes.

Strode told KREM that he witnessed the helicopter leaving the property at the time.

"He nearly hit into his own hangar. It was very scary," he said.

Strode had questioned Charbonneau's flying abilities, and the proximity of the helipad to nearby pine trees and homes.

KREM tried to reach family members of Charbonneau's for comment, but has not yet received a response.