The town of Karval, Colorado holds a Mountain Plover Festival each year that brings dozens of birders to a place so small it takes an hour to get to the nearest grocery store. 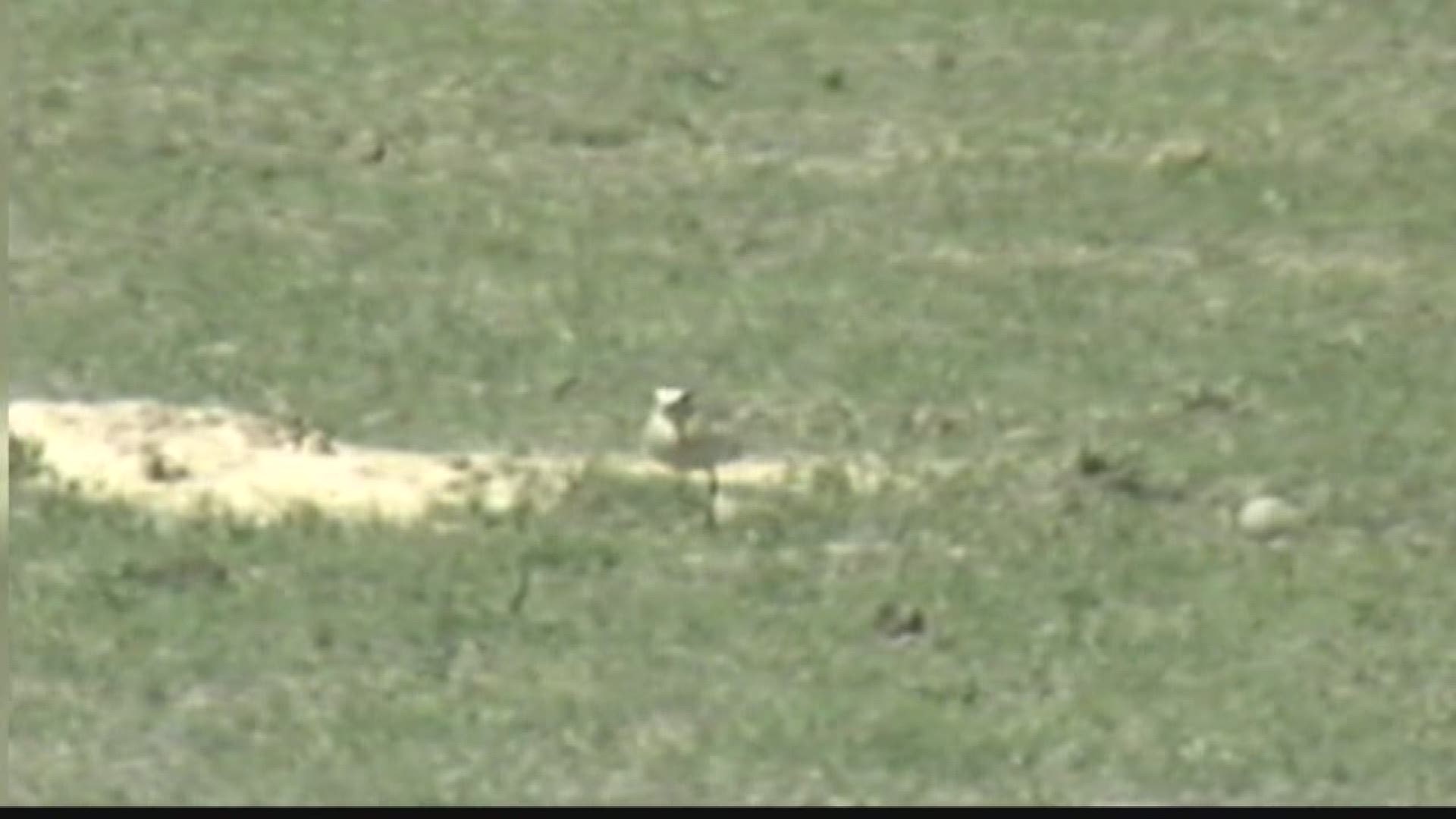 KARVAL, Colo. — Editor's note: This article was first published in 2019 ahead of the Karval Mountain Plover Festival. This year's event was canceled due to the 2020 COVID-19 pandemic, but we're bringing this story back to highlight an amazing community, and show incredible places in Colorado will still exist once we are able to safely travel and enjoy our beautiful state once again.

Russell Davis has spent his whole life working on his family’s ranch in Lincoln County, so when he saw a stranger’s vehicle parked on his property back in 2001, he said he knew he had to go investigate. Though his initial suspicion that it was someone hunting prairie dogs without his permission proved to be patently wrong.

“First thing I noticed was the Toyota pickup truck,” Davis said. “You don’t usually see a Toyota pickup in this part of the state, especially back then.”

It belonged to a young wildlife biologist named Tammy VerCauteren. Davis said when he met her, she was wearing a big hat and standing on the wrong side of the fence line at his ranch, which occupies hundreds of acres in a part of Lincoln County that’s home to prairie, sky, cattle, and the type of people who don’t particularly like to be disturbed – especially by things like the federal government.

“I asked what she was doing,” Davis said. “And she looked at me and said ‘Mr. Davis, they’re everywhere.’”

RELATED: 9Things to do in Colorado this weekend: April 26-28

RELATED: This teeny town in Colorado wants you to come search for some super rare birds

She was talking about the mountain plover, a rare bird with long legs that looks more like an animal that lives near the coast than one that lays its eggs right on the ground in the short grass prairie. Davis said he had seen the bird on his ranch before, but didn’t pay it much thought until he realized this little animal might change how his family has done business largely undisturbed for multiple generations.

“I kicked the biologist out,” Davis said. "I had no idea what this would mean for my ranch."

It turned out to mean a lot.

In the years since, the mountain plover has been kept off the endangered species list, in part due to efforts from ranchers like Davis to help conserve the bird on their own terms, with guidance from government agencies. And 18 years after he told a biologist to get off of his property, Davis now lets a school bus full of birders inside each year to search for an elusive animal that spends its spring on ranchland.

And this story helps encapsulate how Karval’s Mountain Plover Festival is about more than just birding.

This story is part of our weekly #9Neighborhoods series. Join us on Instagram starting at noon on Friday for a tour of Karval, a small town in Lincoln County that hopes to eventually have its own gas station. Is there a community you think we should cover? Email us at webteam@9news.com.

A graduating class of one

It would be hard to accidentally visit the unincorporated Lincoln County municipality of Karval, which is about an hour’s drive south of Limon. There’s even a sign on CO-71 just south of Limon city limits warning that there are no services – meaning no gas stations, no places to grab lunch – for 75 miles.

Signs featuring a mountain plover point in Karval’s direction during a trip that features rolling plains, fleeting views of the mountains, and isolated ranches. Even though it’s small, it’s pretty obvious that Karval is the closest thing you’ll find to a town for miles as you make the final turn onto County Road S.

Credit: Allison Sylte, KUSA
Empty buildings are a reminder of Karval's past.

There’s a post office, two churches and a community center in the cluster of buildings and homes that make up Karval. There’s also a school – and this year’s graduating class includes one student, according to Dan Merewether, the president of the Karval Community Alliance.

Merewether said it’s no secret that Karval’s community is shrinking and that it’s getting older. It’s not big enough to support something like a convenience store, meaning that residents have to drive an hour to Hugo to buy groceries. The pipe dream is for the community’s school to support its own basketball team.

“It’s a good place to raise kids,” said Merewether, who moved to Karval from Fort Collins 25 years ago to be closer to his wife’s family. “It’s a nice community. I know my neighbors. I know all their business.”

Merewether was a community systems analyst when he worked on the Front Range, and how he’s a rancher, like most of the other people who live in the area.

The goal of the Karval Mountain Plover Festival, in part, is to bring more people to the community in hopes that they’ll stay.

Credit: Allison Sylte, KUSA
The outside of the tiny post office in Karval, Colorado.

“This community has a lot of pride,” said Ryan Parker, a private lands wildlife biologist for the Bird Conservancy of the Rockies.

Parker is based in Rocky Ford but spends a lot of time helping ranchers near Karval with conservation efforts. He’s also on the board of the Mountain Plover Festival and earned his master’s by studying the bird.

“Once you get an eye for mountain plovers, they’re kind of hard to miss,” Parker said.

Building community around a bird

Back when travel was by horseback at just a few miles per hour, there were outposts scattered throughout the farmland in Lincoln County, which before the Dust Bowl had a large farming population that has declined since World War II.

Now that most drivers are going at least the 65 mph speed limit, those outposts don’t need to be as close together. Agriculture is still the key to Lincoln County, which raises more than 34,000 head of cattle and is ranked in the top 10 of Colorado counties for wheat and poultry production, according to ColoradoEncyclopedia.org.

Younger people, though, aren’t necessarily staying in the region. That makes John Davis different: He chose to take over his uncle Russell Davis’ ranch and has spent the year living there and learning how he does business.

“I would say the view on the plains is as good as any mountain view you can get,” he said.

Both John and Russell Davis said they don’t believe the Eastern Plains get enough credit, which is why they say they’re glad to show the dozens of people signed up for the Mountain Plover Festival their way of life.

Parker said they come from multiple states, and there’s recently been international interest. The attendees get the chance to stay with ranchers in the area, as well as to eat a chuck wagon dinner alongside the community members who come and join them.

The Wineinger-Davis Ranch all but guarantees a plover sighting during the festival. Parker came to the property earlier this week to scout out nests. Guests could also see everything from burrowing owls to rattlesnakes during three days of tours.

“This is about the Karval community,” said Russell Davis, who first pitched the idea of a birding festival during a community alliance meeting. He said the other people there quickly agreed and chimed in with their own ideas.

“You start to learn there’s a lot of good things going on in the prairie,” Russell Davis said. “It’s been a pretty phenomenal weekend.”