Pavement on highway in Washington begins peeling in extreme heat

WSDOT tweeted Thursday morning about pavement buckling on Highway 195 between milepost 58 and 60.

PEND OREILLE COUNTY, Wash. — Extreme temperatures around the Inland Northwest are leading to problems on roads, including peeling pavement, reports of percolating oil and roads buckling.

In Whitman County just south of Rosalia, the Washington State Department of Transportation's (WSDOT) Eastern region tweeted about how they are having to repair multiple locations of pavement on US 195 between milepost 58 and 60. WSDOT said that crews are currently working on repairs and flagging traffic through the work zone.

The pavement on State Route 20 going through Pend Oreille County in northeast Washington has begun to peel as temperatures remain in the triple digits. In a tweet, WSDOT East said the road is peeling in the westbound lanes between mileposts 385 and 390 west of Tiger, Washington. Crews will sand the road throughout the week and into the weekend to keep it from peeling back further, WSDOT East said.

In a Facebook post on Monday, Chelan County Public Works said it received reports of oil coming up on county roads.

"Excessive temperatures are heating up the oils under the rock, causing it to bleed through to the surface. Road crews are putting sand down in problem areas and also putting up traffic safety signs, warning motorcyclists to watch for loose gravel," the post reads in part.

Public works officials wrote in the post that the problem will not go away until the heat wave ends. Drivers who find tar on a vehicle should try pre-soaking the area with cold water, and removing the substance by wiping or scrubbing it off with a soft brush. If this does not work, use a Natural Orange Cleaner degreaser that doesn't damage paint, allow it to sit on the material for a few minutes, and then wipe it off or use a soft brush.

Temperatures continue to soar to record highs in Washington, Idaho and much of the West Coast amid the historic heat wave. Spokane hit a high temperature of 105 degrees on Monday, tying the previous record for the hottest temperature ever recorded in the month of June set back in 2015, and is expected to break the all-time heat record for the city on Tuesday.

Roads in Seattle also began to deteriorate on Monday due to hot temperatures. WSDOT crews responded to buckling on southbound I-5 in Seattle as well as a panel that needed to be fixed. The panels have been repaired and southbound lanes have reopened. 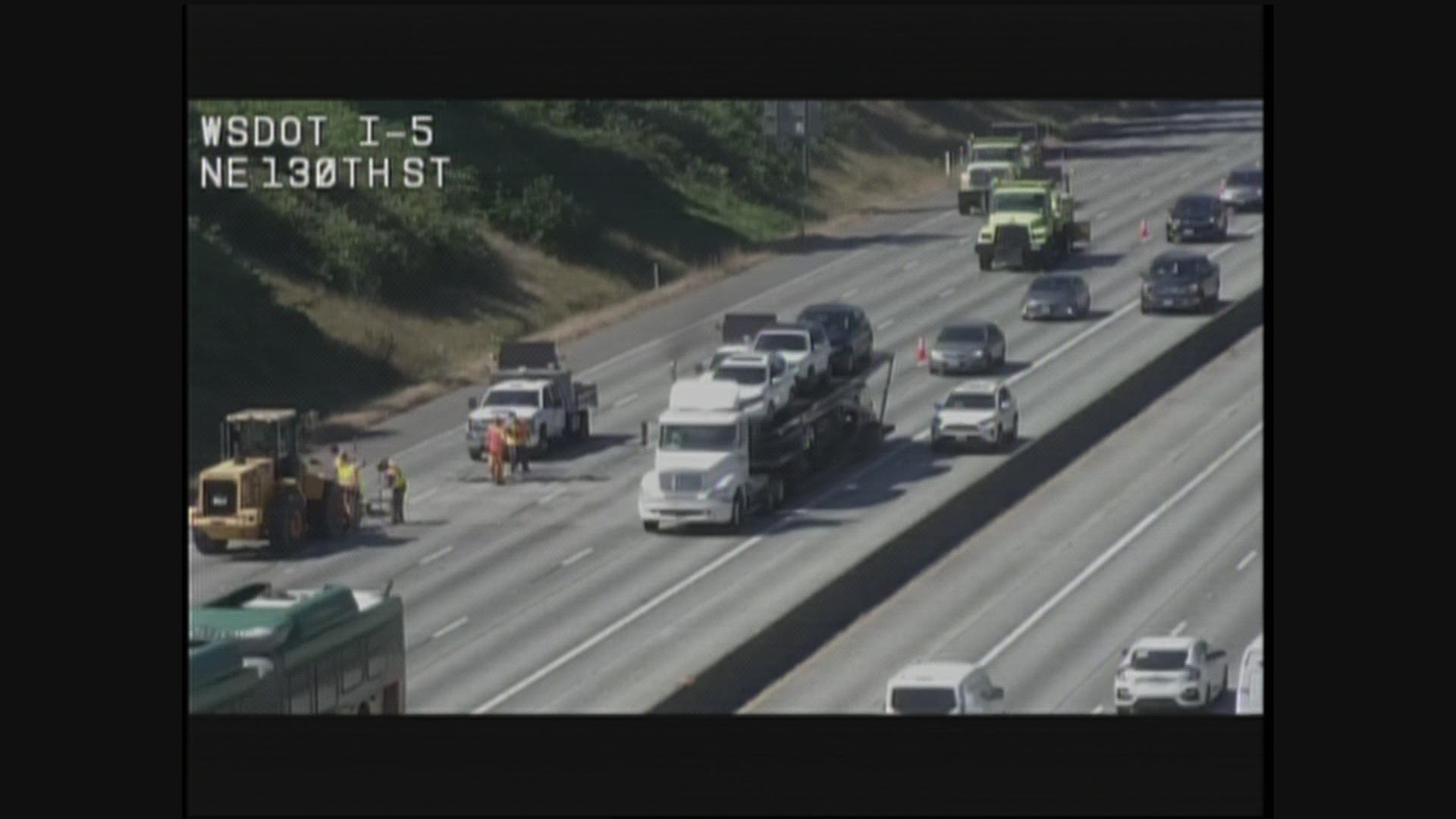 On northbound I-5, panels buckled in Shoreline. WSDOT said all lanes of northbound I-5 reopened Monday morning following Monday's repairs.

“Heat expands the concrete. They push up against each other, heave up and create a large bump,” said Morgan Balogh with WSDOT.

RELATED: Pavement on I-5 buckles in extreme Seattle heat