First responders and the U.S. Coast Guard began evacuating residents after a bridge carrying the park's sole access road over a creek appeared to be failing 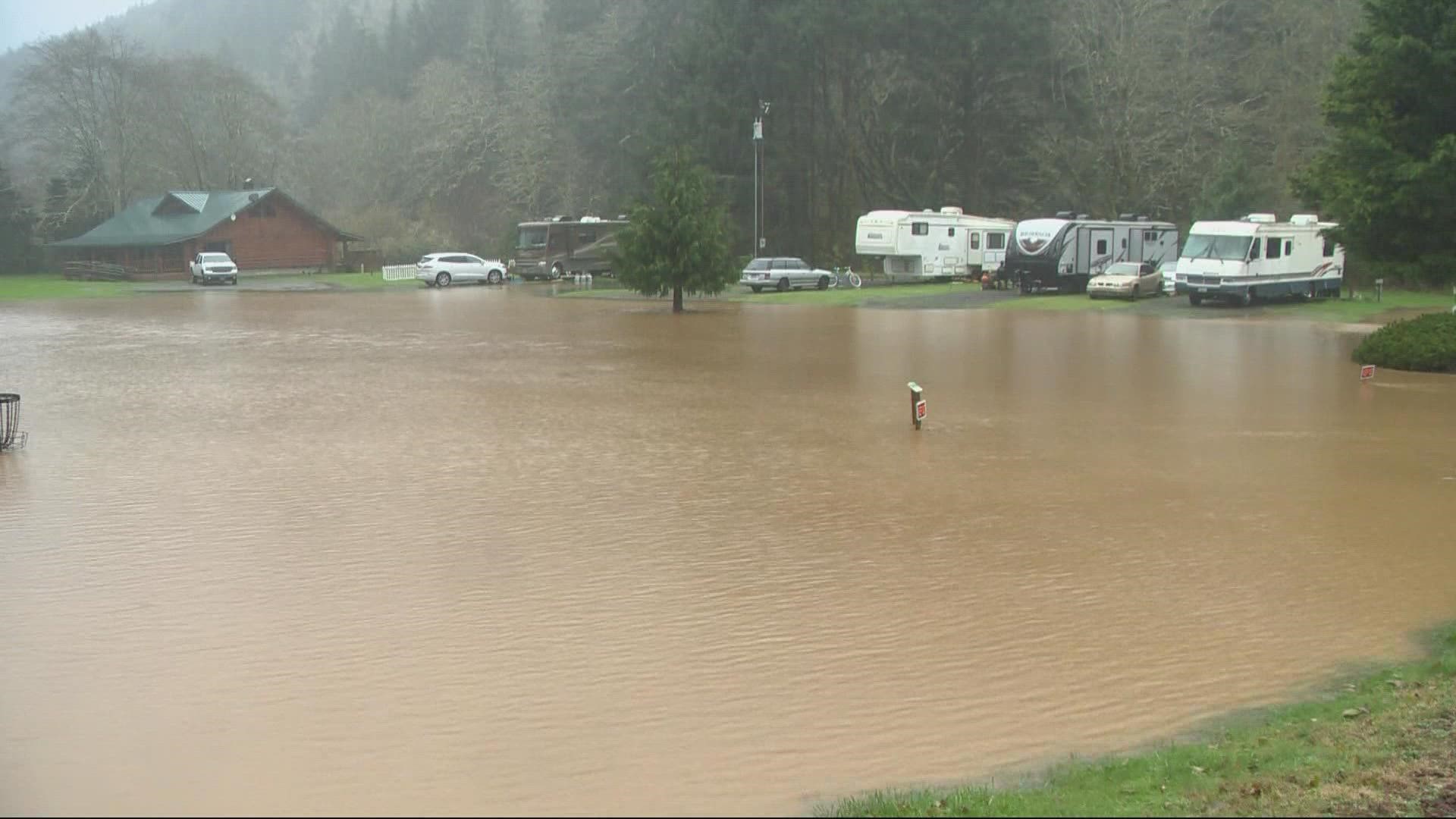 NESKOWIN, Ore. — The U.S. Coast Guard and the Tillamook County Sheriff's Office worked to evacuate 20 people from the Neskowin Creek RV Resort in Tillamook County on Friday morning due to flooding and a failing access road amid ongoing heavy rain.

The park is located off of U.S. Route 101 near Neskowin, about 13 miles north of Lincoln City. It's separated from the highway by the Neskowin Creek, and the bridge that carries the sole access road showed signs of failure on Friday morning, according to Undersheriff Matt Kelly.

"There's high water throughout the park, but there's a very small bridge that crosses a creek into the park, and that bridge seems to be failing also, so we are evacuating all the residents and then moving them to an elementary school," he said.

RELATED: Woman rescued from Santiam River after being swept up in the current

Officials learned about the bridge failure when the fire department arrived at the scene just before 7 a.m., Kelly said, and requested assistance from the Coast Guard. Marine deputies helped with the evacuation using boats, he said.

"It's interesting to see it this high and coming up over the bridge cause there is no bridge anymore it looks like it goes right across," said Derrick Vertner, who lives along the coast. "That's significant flooding for us."

Newberg residents Sally and Ken Pinkard said they had driven out on Friday and had made reservations to stay at the RV park for two weeks, but will now look for somewhere to stay in Lincoln City instead.

"It looks more like a tsunami has already hit, slow-mo, so I don't know," Sally Pinkard said. "I'm counting the tops of the fence posts around the driveway and going, I think our car will drown before we get there."

The Coast Guard dispatched an MH-65 Dolphin helicopter aircrew from North Bend, according to Petty Officer Michael Clark, and deployed a rescue swimmer at the scene to act as an evacuation coordinator. Residents were being brought to Neskowin Valley School

The Coast Guard concluded its efforts after evacuating a total of 12 people and three dogs, according to a tweet posted at about 1:30 p.m., and other agencies rescued another eight people.

The park has a total population of about 50 people, about 30 of whom elected to remain in the park, the Coast Guard said.

Northwest Oregon was hit by a deluge of rain on Thursday night and continuing into Friday morning, the second of two rounds of heavy rain this week, snarling traffic and prompting reports of landslides and fallen trees.

Portland International Airport had recorded 1.87 inches of rain partway through Friday morning, with more rain expected throughout the day.

Parts of Highway 101 were rendered impassable by flooding in the Tillamook area on Friday. Tim Mayne, who lives along the coast, said flooding happens every few years, but Friday's was "quite impressive."

"I was in Portland yesterday and there was more out here than it was there," he said. This is typical Tillamook. I think it's kind of interesting."

Lincoln County dealt with major flooding, according to social media posts from the Lincoln County Sheriff's Office on Friday, which reported flooded roadways and a landslide.

The office also posted a photo showing a privately-owned fire truck partially submerged in floodwater in Otis, a town at the north end of the county about 6 miles away from the Neskowin RV park.

Closures on the Oregon coast

Some Oregon State Parks and campground are closed due to flooding.

RELATED: Recent rainfall not enough to pull Oregon out of severe drought 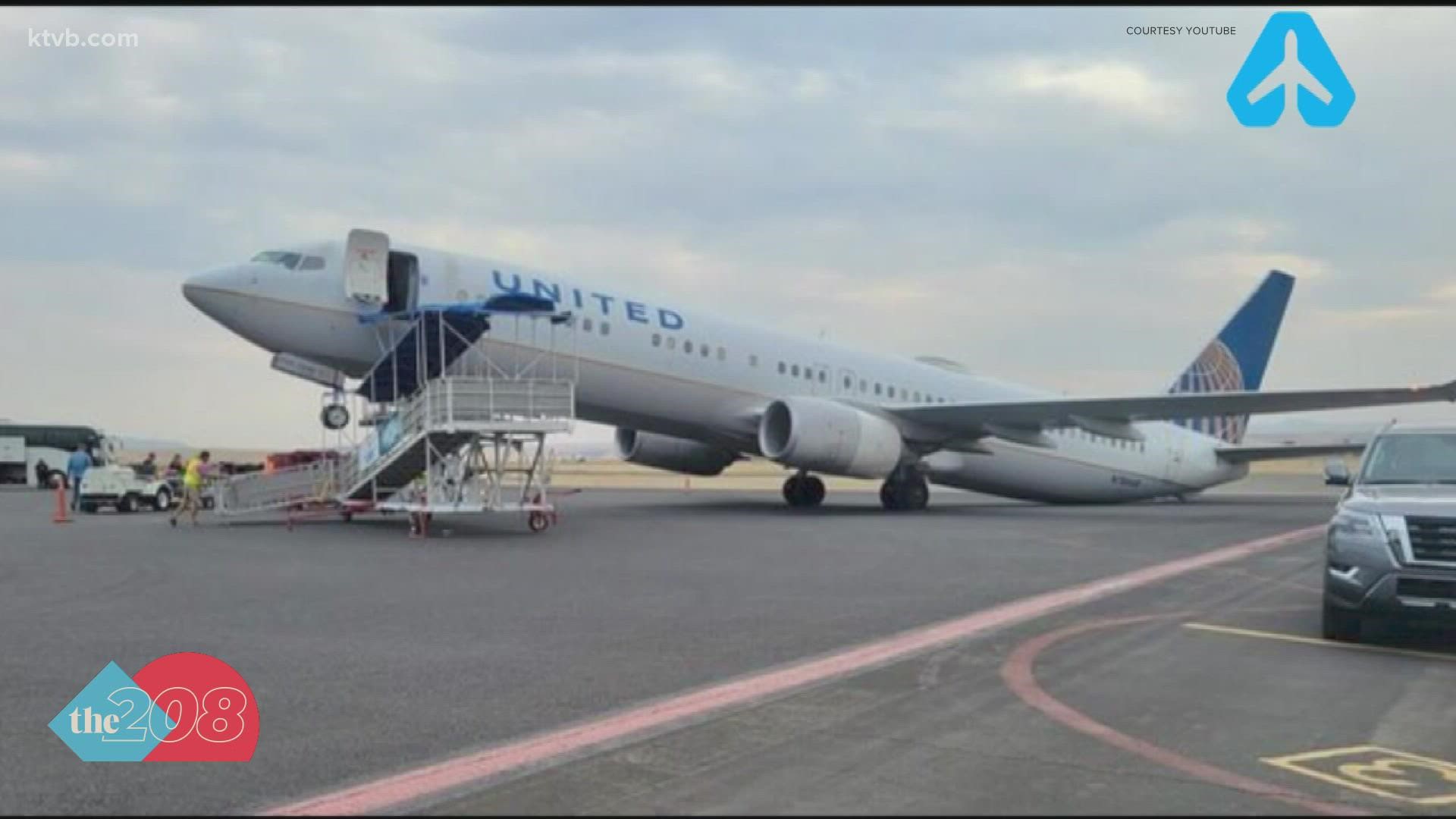