"I got a pit in my stomach because you know how it ends. As you're seeing the events unfold, you want to just yell across time and tell them, ‘Don't do this." 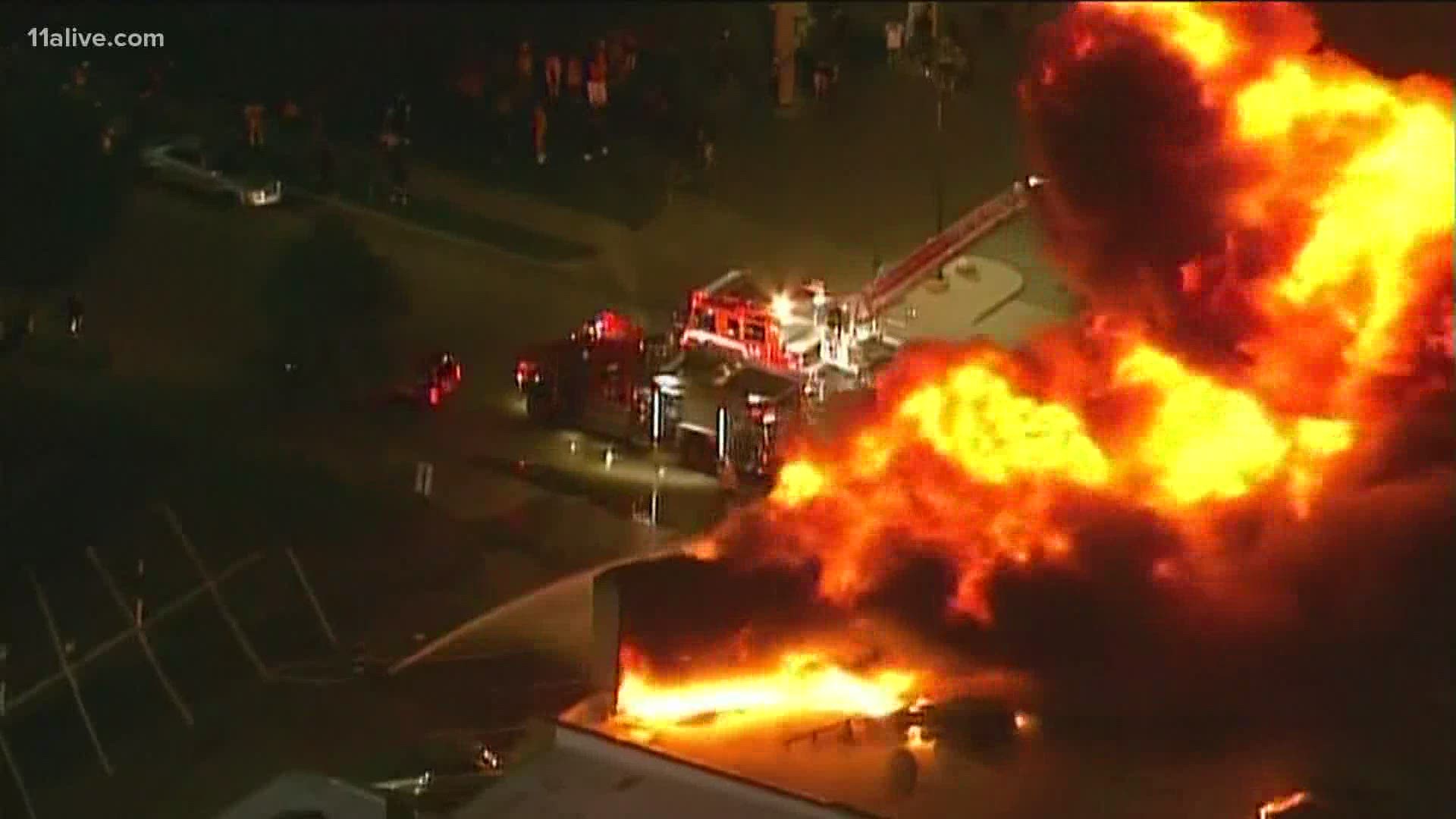 SPOKANE, Wash. — Spokane Police Chief Craig Meidl is weighing in on the in-custody death of George Floyd and its impact on the Spokane community.

This comes as large protests erupt nationwide and in Spokane over Floyd's death.

Floyd was killed in policy custody in Minneapolis on Monday night following an arrest. He was pinned to the ground by a Minneapolis police officer who had his knee on Floyd's neck. Bystander video captured Floyd repeatedly saying, "I can't breathe," before his death.

Former Minneapolis police officer Derek Chauvin has been charged with murder and manslaughter in Floyd's death. Three other officers have also been fired.

The Spokane Police Department took on a major effort in 2013 to improve the way they police the city in response to the death of Otto Zehm.

Zehm, who was diagnosed with a mental disability, died after an altercation with police in 2006. Former Police Officer Karl Thompson was convicted in 2012 by a federal jury for using excessive force and lying to investigators about Zehm’s death.

In response to Floyd's death, Meidl said his department emphasizes that officers use force "because we have to, not because we can."

“We are held to a higher standard, and we know that when we take the job, so it's important that they do understand [that] people do expect better from us," Meidl said.

RELATED: How often are police shootings ruled 'justified' in the Spokane area?

Meidl also reacted to watching the video of Floyd's arrest during an interview with KREM's Whitney Ward.

“...As I started watching it, I got a pit in my stomach because you know how it ends. As you're seeing the events unfold, you want to just yell across time and tell them, ‘Don't do this. don't do that. Get off of him. Turn him on his side,'" Meidl said.

"You're sitting there and you have that helpless feeling, so you can only imagine how helpless those bystanders felt, or how helpless a lot of the African American community felt because they experiencing it at a level that we just can't," he added.

Through conversations with black communities in Spokane, Meidl said he has a better grasp on how Floyd's death more than 1,000 miles away has a profound impact on people at the local level.

"To them, it feels like it happened in their own neighborhood, their own friend or family member. So it was important to me to touch base with them, to reach out and let them know we support you, we stand with you, and we are here for you if you need us," he said.

Pullman Police Chief Gary Jenkins also reacted to Floyd's death, writing in a statement that everyone within his department and those throughout the country "should be disgusted by what has occurred in Minneapolis."

"Not only are we disgusted by the actions of the officer directly responsible for the death of Mr. Floyd, but also by the lack of intervention by the other officers who, by simply standing by, were complicit in his death. Those who are complicit in incidents like this must also be held accountable," Jenkins wrote.

He also addressed those in the Pullman community who are supporters of police and may have "conflicted feelings" about how to react to the video of Floyd's death.

"In many instances, more context is needed in order to effectively judge police conduct shown on video, but this is not one of those instances. You can support the police without supporting the actions of these officers," Jenkins wrote.

"Police brutality is not law enforcement. Any officer who abuses their power, or who stands by and allows it to happen, does not deserve to wear the badge," he added.

In a statement, the Spokane NAACP called for accountability among the courts and members of the law enforcement community.

“We ask again, when will enough be enough in allowing this culture of bias, racism, hatred and unchecked law enforcement violence to exist? How long will the courts, the political system and the justice system continue to ratify this racist and inhumane behavior of those members of our human family who have supposedly sworn to protect all of us?” the statement reads in part.

NAACP leaders added that people of color have cried out against injustice "for far too long."

"Our souls scream out at this oppression and wail in agony at these blights on the founding ideals of this nation," the statement reads. What is now called for is this: All of you in the community of blue, regardless of your race, ethnicity or gender identity must make a final firm stance against these continuing atrocities and root them out once and for all!" 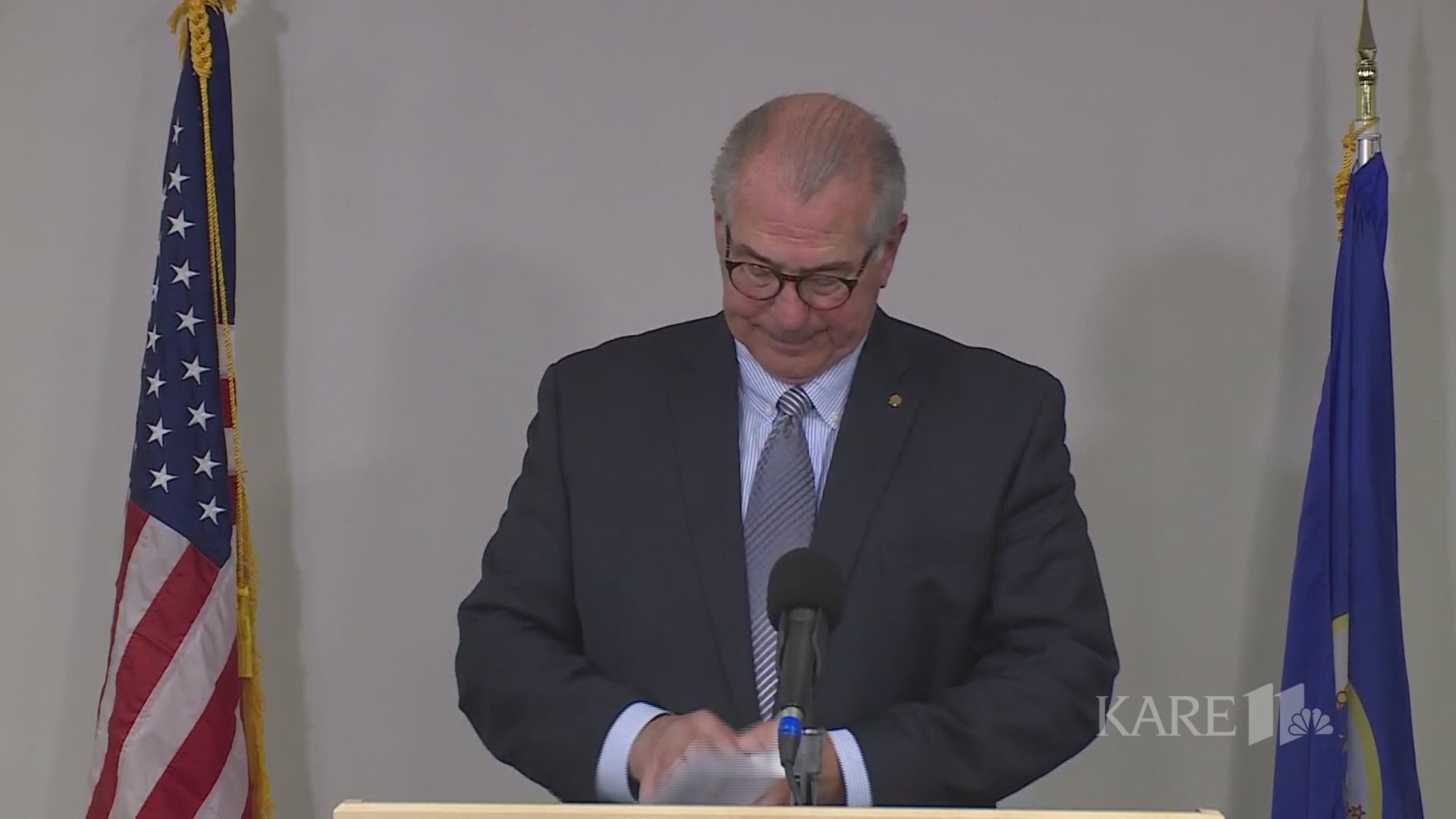