The fire is burning near Cheney, Washington, which is about 17 miles southwest of Spokane. 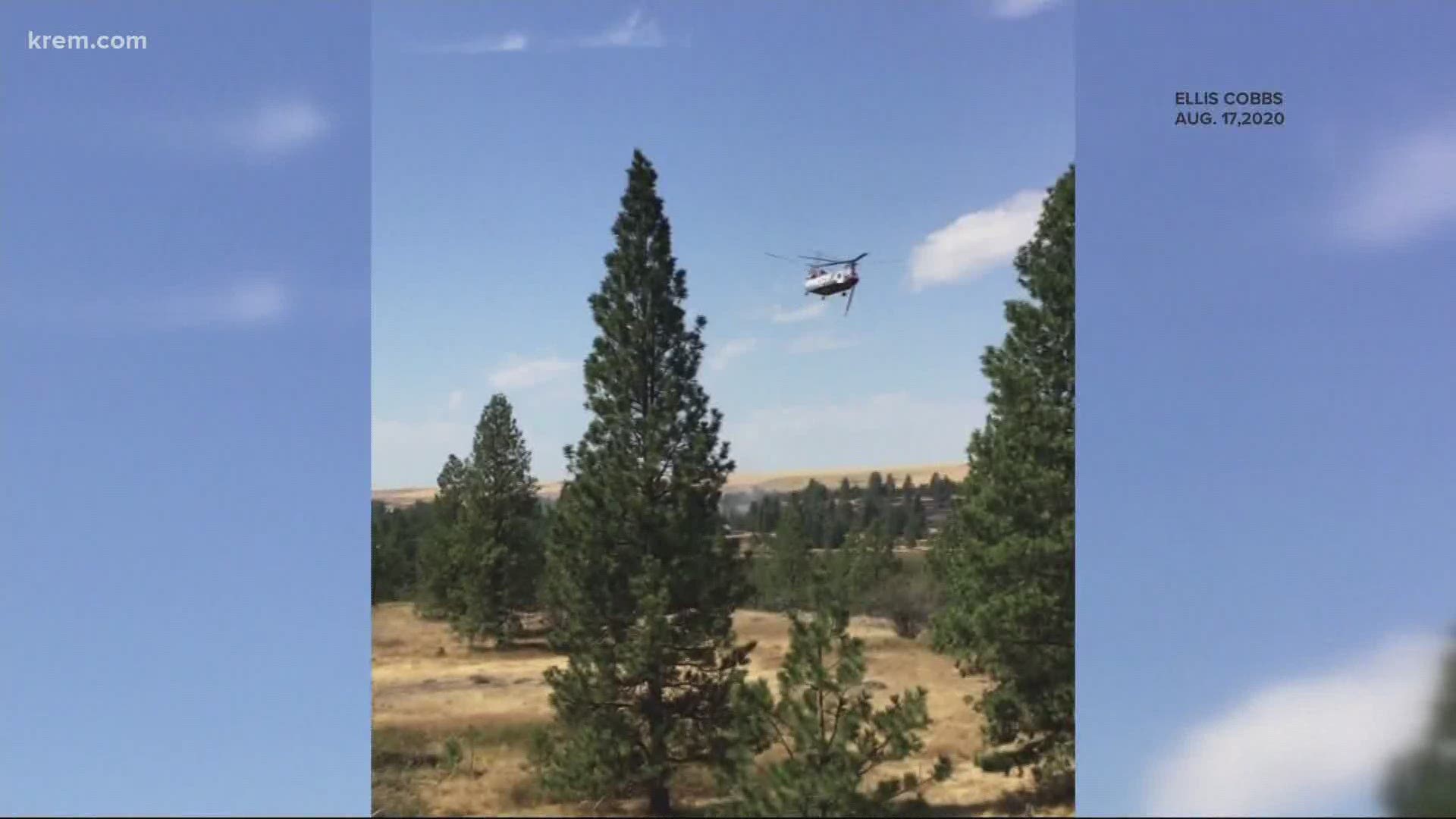 SPOKANE COUNTY, Wash. — The Badger Lake Fire is 55% contained as of Wednesday afternoon, and evacuation orders are reduced to Level 2, according to the Northeast Washington Interagency Incident Management Team.

A Level 2 evacuation order means there is a significant danger in your area. Be ready to leave at a moment's notice.

The evacuation order is in place for Cutthroat Road and Badger Lake Estates. A

The fire has burned approximately 244 acres according to the Washington State Fire Marshal's Office. It is threatening 50 -70 homes.

On Thursday, crews are mopping-up and starting rehab within the fire line. Badger Lake Road will remain closed to ensure firefighter safety.

On Thursday night, crews will remain on scene patrolling the fire and monitoring lines.

Not everyone is adhering to the evacuation order. In Badger Lake Estates, some residents are choosing to stay in their homes.

KREM spoke with a homeowner who lives on the south side of the lake. She said she has been communicating with the owner of the cabin across the lake who has not left the area using a walkie-talkie. They've hold her they're doing OK.

Hoygaard said this is a unique situation.

"We've made contact with those crews and providing them with information they're under a level three evacuation so if they leave the area they can't come back," she said. "That's a lot of the reason why people aren't leaving. So we're trying to provide them information so they can stay away from our crews and let them work to contain this fire."

On Tuesday, firefighters were focusing on ground control by checking the fire line and putting out hot spots.

State fire assistance has been mobilized to the area. The State Emergency Operations Center at Camp Murray will remain activated to Level 1 to help coordinate state assistance for the Badger Lake Fire.

Firefighters are working to protect structures in the Badger Lake community. On Monday, crews said their goal was to continue working hot spots and covering the perimeter of the fire.

Officials said on Monday that no homes have been destroyed. The fire did burn down a couple outbuildings, a chicken coop, and lean-to.

A fire burning east of the Badger Lake Fire near Williams Lake has burned about 22 acres so far, officials said on Tuesday. Another fire near Rock Lake burned about one acre but that fire is officially out as of Tuesday morning.

The cause of the fires is still being investigated.

This is a developing story. It will be updated as more information is made available.