Multnomah University graduates accepted their diplomas in a virtual ceremony Friday night. For one student, the milestone meant much more than getting a degree. 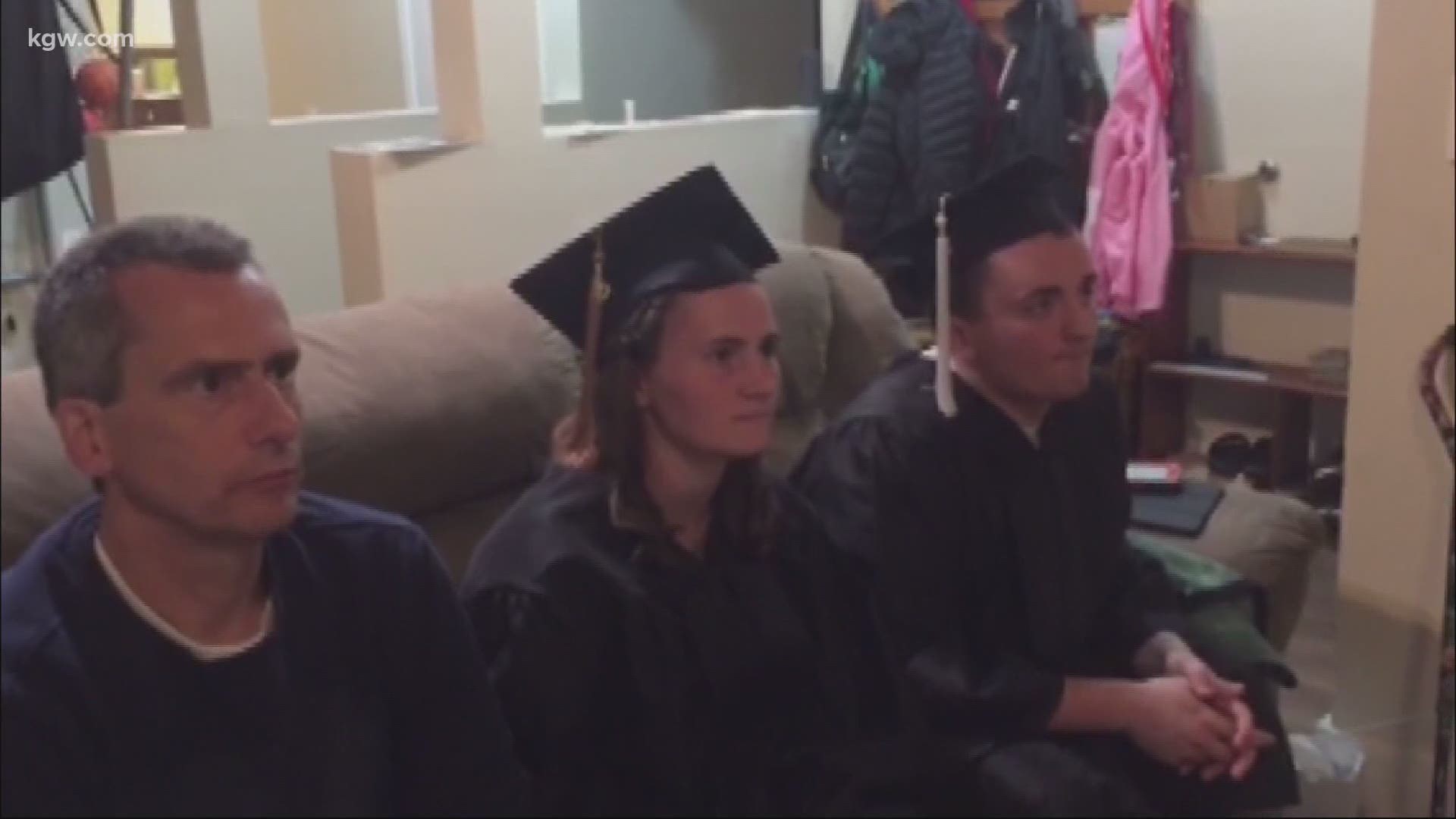 CLACKAMAS, Ore. — Sitting in her living room with family Friday night was not the graduation ceremony Ana Wakefield expected. Wakefield, 23, and fellow Multnomah University graduates including her brother, Moses, participated in a virtual graduation ceremony because of COVID-19.

But unusual as that was, it wasn’t the most remarkable part of the ceremony. It was the fact that many believed Ana wouldn’t live to experience it.

“To see how far she's come is absolutely amazing,” said Ana’s father, Dave Wakefield. “All along the way being told she was never going to accomplish what she's accomplishing.”

On October 18, 2017, Ana, then a junior at Multnomah, was driving to basketball practice from her home in Clackamas County. Deputies said the driver of a stolen SUV crossed the center line on Highway 212, forcing Ana off the road. Since then, Ana has endured five brain surgeries, healed from two broken legs and extended one offer of forgiveness to the driver responsible.

And then there were the countless hours of physical therapy and the mental fortitude it took Ana to return to school after missing a year of classes. Now she has a double degree in business and Bible theology.

“I'm so happy to just be done and not have to go back to school,” said Ana. “I can, but I'm not trying to be my neurosurgeon.”

Ana's ready sense of humor often veils how tough her road to recovery has been.

“There are days in the grind when I want to give up and stop fighting,” said Ana, who credits her faith for her refusal to give up. “Why settle?” She continued. “God's like, ‘Why are you giving me second best?’ And I'm like, ‘Touche.’ Why do we ever give anyone second best in our lives? Why are we not giving our all?"

Ana’s father is proud of his daughter’s accomplishments and the example she has tried to set for others.

“To see the resiliency of this young lady sitting next to me,” said Dave, “you know you never quit, you keep going forward to give encouragement and hope to other people.”

So, yes, Multnomah University's graduation ceremony was unusual, as well as remarkable and wonderful for the Wakefield family. And for Ana, it was an occasion to salute all college graduates from every school and every walk of life.

“We're all put in the middle of this crazy scenario,” said Ana. “Good job fighting through to finish strong. So proud of you and glad that you got here.”