Coalition seeks relisting of gray wolves in US West

The move is in response to new laws in Idaho and Montana intended to significantly reduce wolf populations. 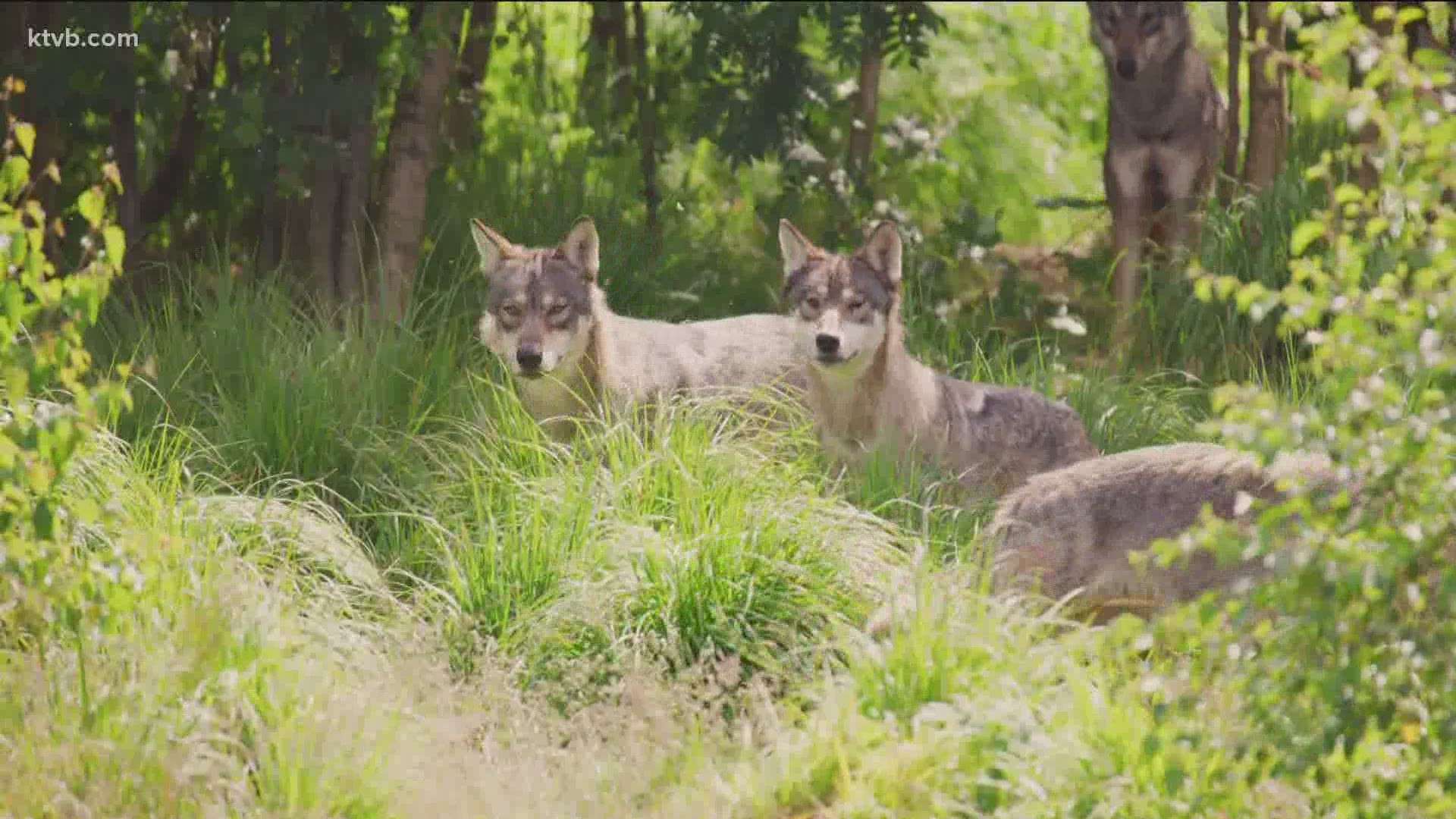 BOISE, Idaho — Editor's Note: The video with the story is about Gov. Little signing legislation to allow for killing more wolves in Idaho.

Wildlife advocates on Thursday petitioned federal officials to restore federal protections for gray wolves throughout the U.S. West after Idaho and Montana passed laws intended to drastically cut their numbers.

Western Watersheds Project, WildEarth Guardians and others sent the petition to the U.S. Fish and Wildlife Service. The agency is supposed to respond within 90 days on whether there is enough information for a potential listing under the Endangered Species Act.

"Wolves remain completely absent from suitable habitats or perilously close to extinction in many western states, and the handful of states surrounding Yellowstone National Park are now driving the larger populations toward extinction — endangered species listing — by ramping up wolf killing and stripping away hunting and trapping regulations in Montana, Idaho, and Wyoming," said Erik Molvar, executive director of Western Watersheds Project.

In May, Idaho Republican Gov. Brad Little signed a measure lawmakers said could lead to killing 90% of the state's 1,500 wolves through expanded trapping and hunting. It took effect July 1.

Lawmakers pushing the measure, backed by trappers and the powerful ranching sector but heavily criticized by environmental advocates, often said the state can cut the number of wolves to 150 before federal authorities would take over management. They said reducing the population would reduce attacks on livestock and boost deer and elk herds.

A primary change in the new law allows the state to hire private contractors to kill wolves and provides more money for state officials to hire the contractors. The law also expands killing methods to include trapping and snaring wolves on a single hunting tag, using night-vision equipment, chasing wolves on snowmobiles and ATVs and shooting them from helicopters. It also authorizes year-round wolf trapping on private property.

The state Department of Fish and Game reported in February that the wolf population has held at about 1,500 the past two years. The numbers were derived in part by using remote cameras.

About 500 wolves have been killed in the state in each of the last two years by hunters, trappers and state and federal authorities carrying out wolf control measures.

Wildlife authorities in Montana, following new laws, have been looking at changes such as increasing the number of wolves an individual can hunt to between five and 10. A decision is expected in August.

Authorities said this year they expect the state's wolf population to decrease from around 1,150 to between 900 and 950 following a particularly successful hunting season. Over 320 wolves were harvested during the 2020 hunting season — significantly more than the preceding eight-year average of 242 wolves per year, according to a report released by the department in June.

The petition seeks to protect wolves in those two states as well as Wyoming, Utah, Oregon, Washington, Colorado, California, Nevada and northern Arizona. The petition said those states are part of the range of wolves.

The U.S. Fish and Wildlife Service didn't immediately respond to a request for comment.