'It's a brief light in the day': CASA volunteers parade by foster kids' homes during isolation

Court appointed special advocates (CASA) are maintaining the connection they've built with kids separated from their families, while lifting their spirits. 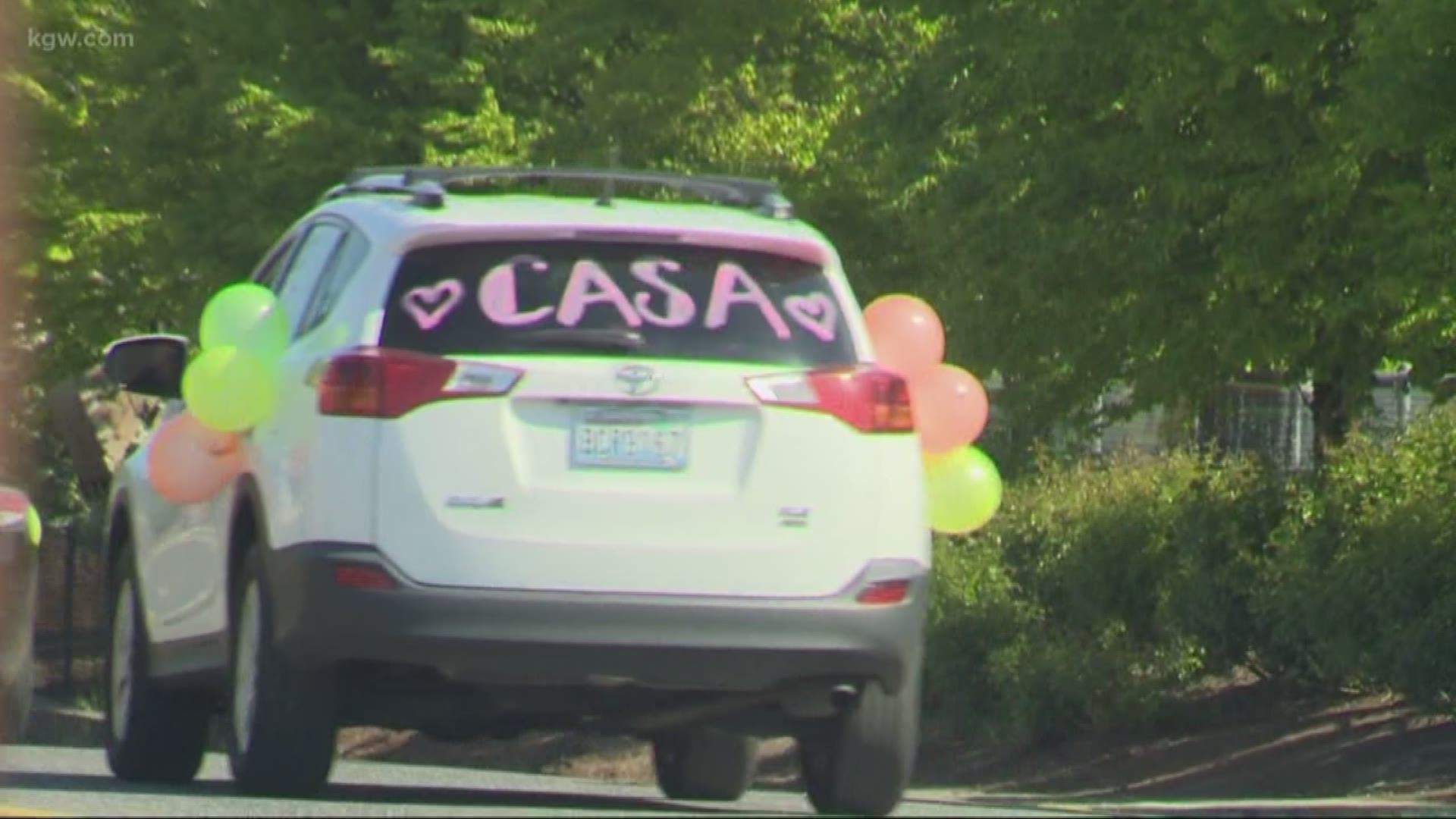 VANCOUVER, Wash. — Kathie Loveall and her dog ‘Juniper Joy’ are pretty much experts at decorating their car, now. They've been it doing it once a week for the past month as part of a parade for some very special kids.

“It's a brief light in the day,” said Loveall. “A good morale booster for the kids, the families and for us.”

Loveall is a Court Appointed Special Advocate (CASA) with Clark County Casa, a program of YWCA Clark County. In the courtroom, Loveall and other CASA volunteers speak on behalf of children who are going through difficult family situations and now living in foster care.

“A lot of people do a lot of the right things and then it doesn't take much to turn things wrong,” said Loveall of struggling families.

Currently over 500 kids are appointed to 110 volunteers with Clark County CASA.

“Our volunteers play a very important role in that child's life when they're going through a lot of stress,” said Sheryl Thierry, Program Director for Clark County CASA.

Because of social distancing, CASA volunteers have only been able to meet with kids by phone or virtually. They came up with the weekly parades to maintain a better connection.

“Show a little bit of love and support and let them know that we still miss them, we still think about them," said CASA volunteer, Katie Moreno.

“It just gives them something to break up their day and feel a little special; here's a parade just for them,” said Loveall.

For privacy reasons, volunteers couldn’t share images of the parade or kids, but it’s not hard to imagine what this effort means to them.

“It's been amazing to see the kids smile!” shared Moreno.

“They're whooping and hollering out there waving,” added Thierry. “Last week we had kids with a sign saying, ‘Thank you for being there.’ It kind of brought tears to our eyes because we're out here for them and they wanted to say something nice to us. That was really special.”

Volunteers said they would parade for the kids again next week and as long as social distancing mandates they stay physically apart. They’ll come with hands waving, horns honking and a promise that they won’t give up on them.

“They're going through difficult times,” said Moreno. “Why not be a part of making a positive change in their lives?”

RELATED: 'The biggest gift I've ever gotten': Restaurant owner gets a hand after helping so many others