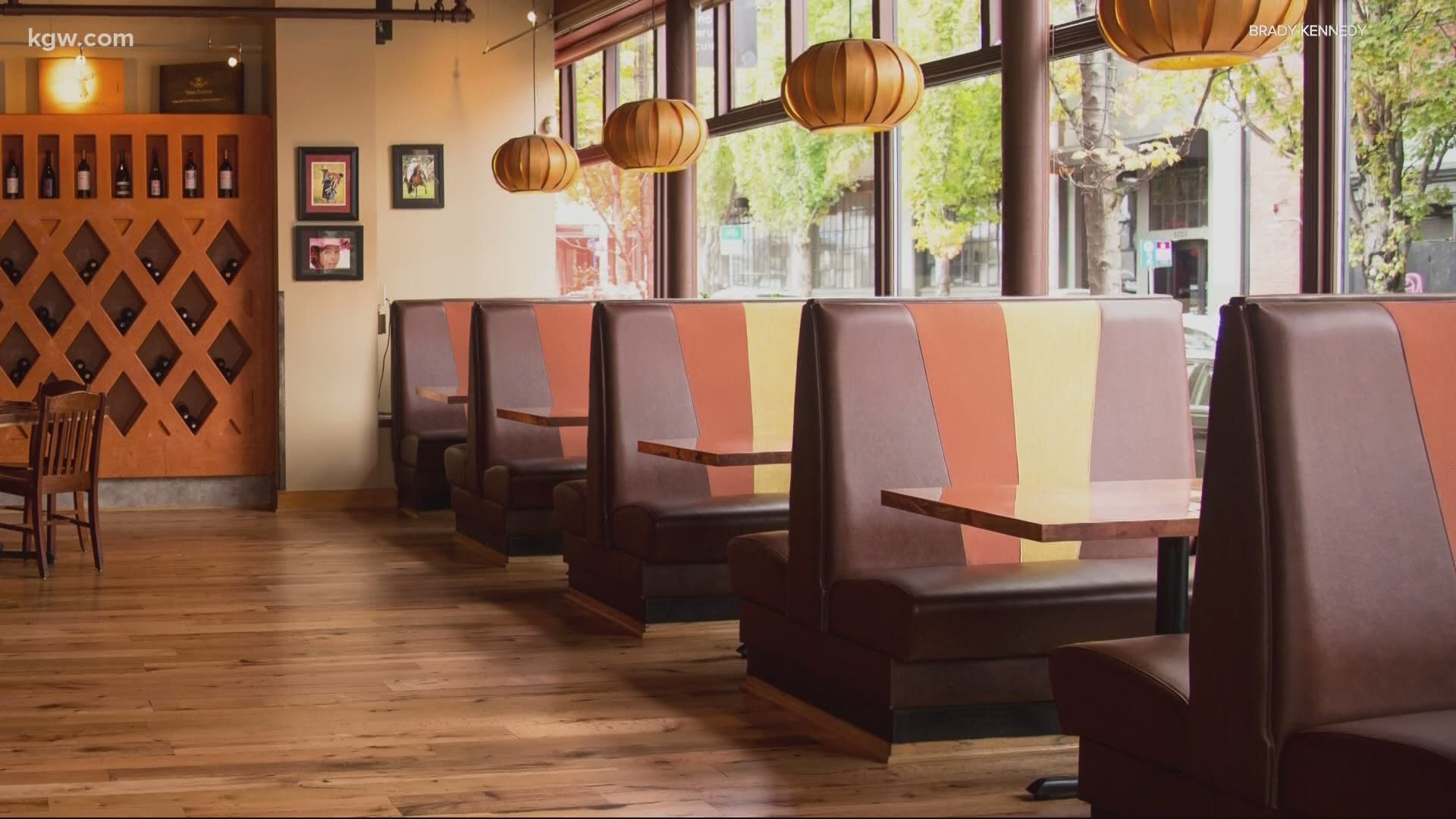 PORTLAND, Ore. — George Comalli has owned Hollywood Fitness in Portland for the last 30 years. He's been through recessions before, but nothing like what 2020 and the COVID-19 pandemic has thrown at him.

"This is devastating, this is really devastating," Comalli said after Oregon Gov. Kate Brown on Friday announced a two-week "freeze" that imposes new restrictions for businesses in response to surging coronavirus activity.

"Every business should step up and do the right thing with COVID. I firmly believe that we have to do this as a community."

Gyms are among a list of businesses that must shut down during the two-week freeze and in Multnomah County, the freeze is expected to last a minimum of four weeks.

Comalli said his gym has put in a new air system and removed 7 tons of equipment to make enough room for social distancing. He said his gym strongly enforces the face covering mandate while people work out inside his gym.

He feels he's done everything right, but said gyms are getting singled out.

"I don't see how we're different than a Home Depot or any other large business out there. You can go to Costco and shop, but you can't go to the club and work out," Comalli said.

Comalli fears this latest shutdown will cause clients to cancel memberships, something that happened the first time around. He said he's already comped hundreds of thousands of dollars in dues this year.

In Northwest Portland, Peter Platt is the owner of Andina, a Peruvian-American restaurant in the Pearl District. His restaurant at one time employed over 130 employees but since the pandemic hit, that number has dropped to 28.

"We're going to have to furlough a lot of people, probably starting tomorrow," Platt said. "That's rough for any business owner."

The latest restaurant restrictions mandate that restaurants can do takeout or delivery service only.

Platt said his restaurant has followed all the rules, but that he understands why restaurants are all being lumped together.

"It's a little frustrating I think, but understandable why we would grouped with all of the restaurants and bars when the governor has relatively few tools at her disposal," Platt said.

Platt was planning for a full house under COVID-19 restrictions for Thanksgiving dinner. Now, because of the four-week freeze, he is planning out a to-go option for diners that don't want to cook at home.

In Fossil, located in Wheeler County, Jaclyn McNeill owns The Dig In Diner and Spirits. She and her wife, Amy, just purchased the restaurant in January.

"We are new this year, what a hell of a year to start a business. 2020 has not been the kindest by any means," McNeill said.

During the lunch business hour, she and her staff watched the governor's announcement as it happened.

Wheeler County has had only one positive COVID-19 case, the lowest of any county in Oregon. McNeill had hoped the restrictions would only be county by county, but understood why they extended statewide.

"I wish there was a way for us to just service our community, where we don't have a lot of cases," McNeill said. "But when you say 'okay, we're going to leave that county open,' we do understand that means other people can come here."

That's exactly what she said happened during the beginning of the pandemic: out of town residents came to Wheeler County to buy toilet paper and other supplies when they were running low.

McNeill admits this restriction couldn't have happened at a better time for her restaurant. She and Amy were already planning on taking a week off to drive around in their RV for a vacation during Thanksgiving anyways.

"I have enough funds to keep us afloat for a little while," McNeill said.

Platt said the same about his restaurant and that now, more than ever, is the time to support these small businesses.

"It's time to buy local more so than ever. Hopefully folks can do that this holiday season," he said.

In a statement sent to KGW, the association's president and CEO Jason Brandt said, "“We were already hearing from members they were concerned about what another shutdown would do to their chances of staying open. This latest round of regulations focused on restaurants will trigger an unknown amount of permanent closures impacting the livelihoods of thousands of Oregon families.” 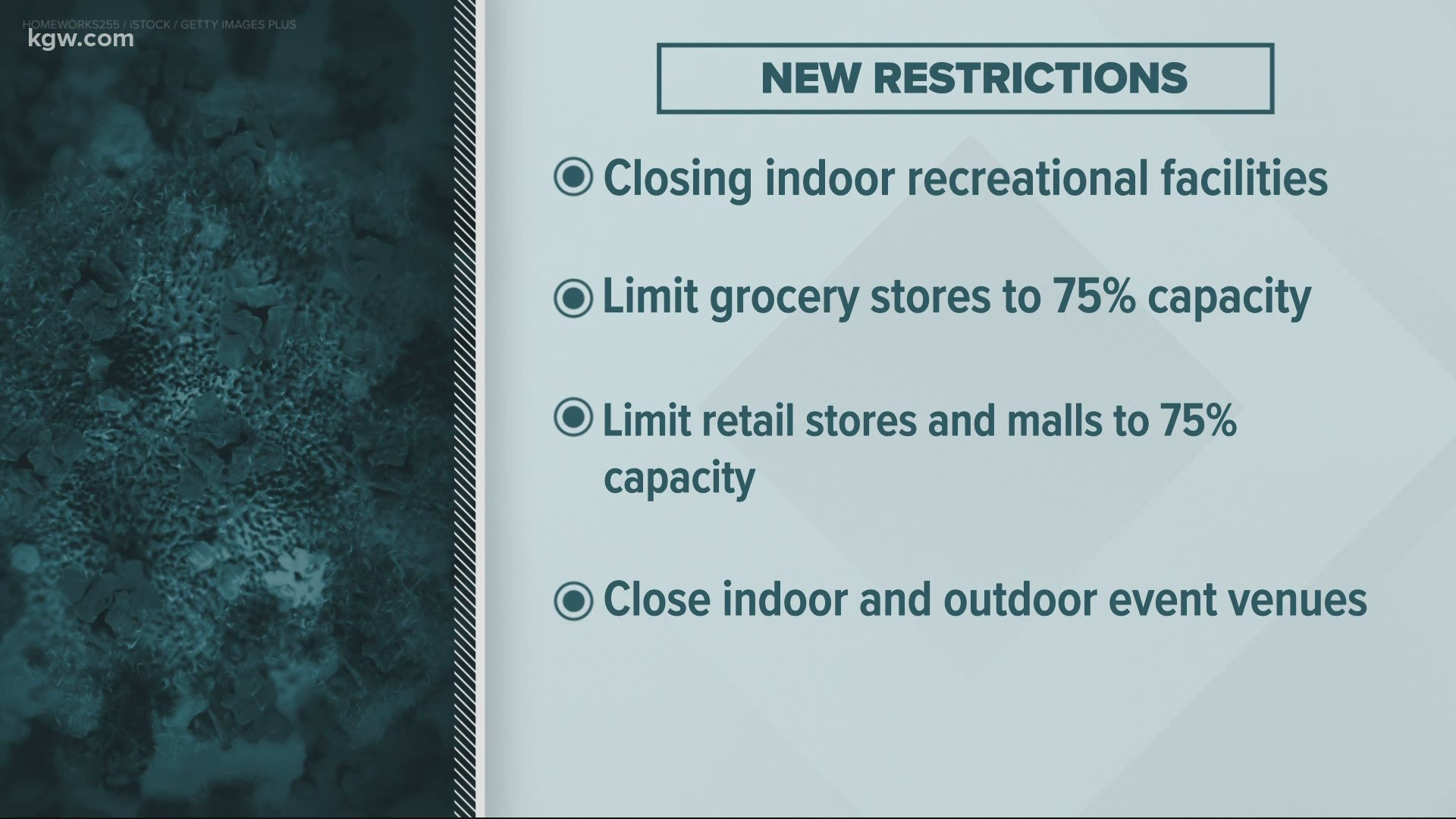